These misguided folks need to learn why we decided we won't destroy history in St. Augustine and how we're the first in the Nation to tackle this issue by contextualizing a local war veteran monument.   After lengthy hearings, our City decided to preserve the historic monument and explain it.  Everyone who testified (with a few exceptions like Doug Russo) listened and spoke respectfully.  Mayor Nancy Shaver and Commissioners, and City Manager John Patrick Regan, P.E., were at their best, with a Solomonic solution.

These misguided folks should learn some manners, too.

Watch video here of noisy, noisome demonstration during the opening Nights of Lights event in November 2017.  https://www.youtube.com/watch?v=G5KNVqIB0wY.
Led by haters like REV. RONALD RAWLS, Jr., Anastasia Mosquito Control Commissioner JACKIE ROCK, et al., who know not that they know not.

We should invite the misguided putative progressives, including those being bussed in from Gainesville and Jacksonville, to kindly watch videos of the City of St. Augustine's Confederate Memorial Contextualization Advisory Committee. http://www.citystaug.com/CityStAugTV/WatchSpecialMeetings.php 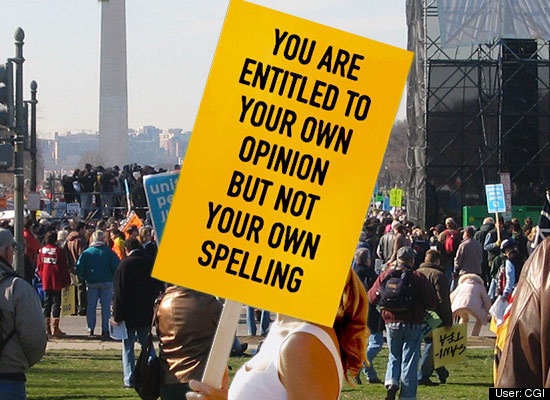 "After lengthy hearings, our City decided to preserve the historic monument and explain it."

After lengthy hearings, our gangster city decided to engage in a pattern and practice of creating an endless string of self serving Jim Crow laws. Jim Crow laws that have hijacked the city, shoved Pig Tourism down the throats of residents, and caused the city to lose its credibility.

"He who winks the eye causes trouble, and a fast talking fool will become nothing."

There will be no healing until they stop the stealing. The pig debt must always be satisfied. Contextualization is the cry of a morally bankrupt borrower trying to refute her debt.

Misguided? Saving history?? What a load of bunk Ed.

Never forget that these fallen "soldiers" could really be classified as CRIMINALS. They partook in an evil attempt to split the USA in two...they killed and maimed Federal troops and they fought fought for the sole reason of preserving human bondage...enslaving an entire race of people.

Enough with your sorry misinformed excuse that the memorial merely honors dead soldiers.

Putting this in "context" are you saying that if I start forming an army which then fires upon Federal troops...kills USA soldiers...attempts to take over USA army bases for the sole purpose of overturning the 1964 Civil Rights Act..You would honor my fallen men by erecting a monument in the town square??

Really? Wow...ok then I suppose you are in favor of erecting monuments through out Germany to honor all the fallen "SS" shock troops who died fighting for Hitler...hey...lets "honor" the death camp guards to boot. Can't forget those "fallen" soldiers now can we?

Twisted and I suspect the only reason you have taken such a crappy position is because you just plain old hate anti gay Rawls.

Mind you ..I dislike the guy as well but I can't say I disagree with his cause..take the stupid monument down and grind it into dust.

It was our nations darkest hour and anyone who remotely tries to whitewash the treasonous criminal behavior of the South and its soldiers is truly a sad individual who ignorantly lacks historical knowledge and context!

We're the first City in the Nation to do this -- it's the right thing to do.

And your are suggesting what? It is your blog...if you take issue with an anonymous post why then does your blog offer such??

Frankly I post anonymously because in a small town which has such hillbilly leanings I do not desire to be trolled BUT that fact has nothing to do with the logic of my earlier post.

You avoided addressing the logic. If we are going to honor rapists and treasonous murderers how about taking a full leap..let all the emigrated Germans put up glorious monuments to their fallen SS grandfathers..throw in a few Japanese monuments next to Pearl Harbor..huh? Adds context right!

Now to be clear I think Rawls is a fraud...unethical fellow but this particular cause is just.

Ok..how about this for context..we erect a monument of a Union soldier and have the inscription read...

This monument represents the Union soldier who was called away from family and work and forced to suffer unimaginable hardships and unthinkable sights in his righteous cause of preserving the Union. He was forced into battle to kill those criminals listed on the monument to your left which was erected by misguided and bigoted Southerners during a a dark time in our nations history where segregation of the races was still the law and Southerners were still proud of their treasonous acts and loss on the battlefield.

The murderers and traitors listed on the ill advised Southern War Monument partook in our nations most bloody war and aided a treasonous and immoral cause which resulted in over in the death over nearly 500,000 Americans during a three year period.

I'll go with context as long as it is historically correct...and screw I may add those dead soldiers...to bad Gen Sherman stopped so soon:)