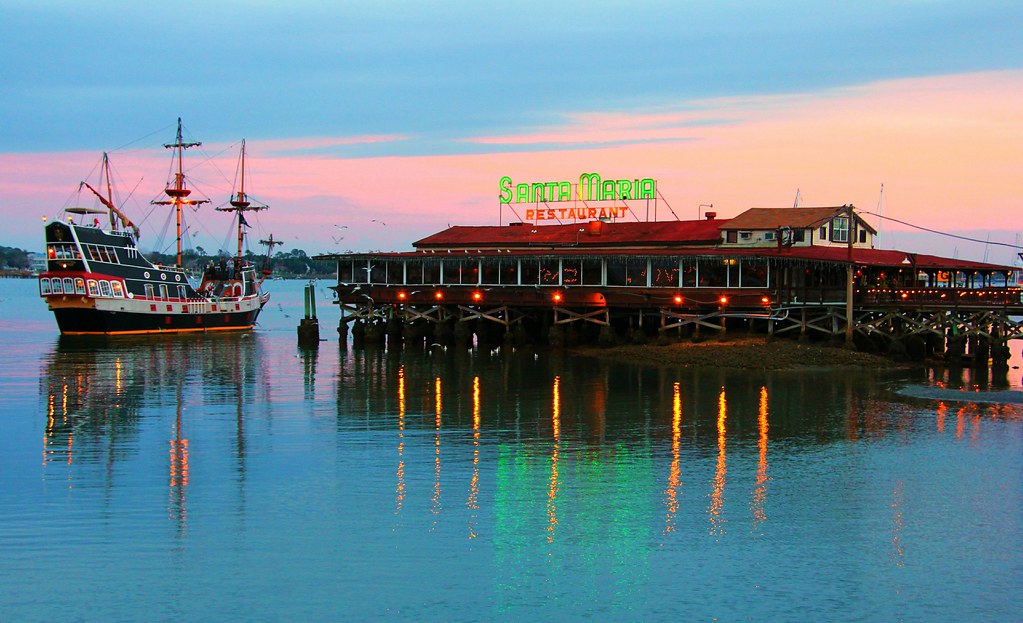 
Attorney Mac McLeod will attempt to make the case for vested rights for White's Wharf - the former Santa Maria Restaurant in Matanzas Bay, in a hearing before city commissioners Monday.

White's Wharf, LLC is "formally requesting a vested rights determination that the Property has historically been used as a restaurant and bar and is therefore, exempt from certain current laws and regulations," McLeod says.
McLeod replaces Attorney Ellen Avery-Smith, who abruptly ended three hours of City Commission discussion in August 2018 after conferring briefly with her clients. Commissioners had been working through elements of vested rights and a Development Agreement.
The matter was brought to the commission by City Manager John Regan outlining "key issues previously under negotiation with White's Wharf, LLC" for the Santa Maria Restaurant replacement.
"The architectural design has been approved by our Historic Architectural Review Board (HARB)," said Regan, "but the project has not passed any zoning exemptions, dock approval or variances by the Planning and Zoning Board."
"Because the Property has been used as a restaurant for more than 100 years prior to the City's enactment of its Comprehensive Plan and land development regulations, White's Wharf has vested rights to use the Property in similar fashion," McLeod maintains.
City Attorney Isabelle Lopez summarized, "The applicant first approached the City requesting confirmation of their vested (grandfathered) rights under the development as it has existed on site as the Santa Maria Restaurant.
"The applicant subsequently abandoned this application as their development plans were to expand the seating capacity beyond what was previously in existence, and to add certain uses that did not exist during the existence of the Santa Maria."
Posted by Ed Slavin at 5:42 AM