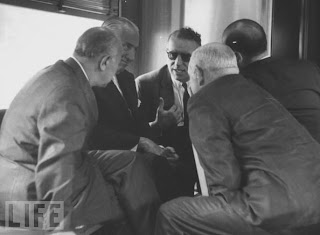 Commissioners faced charges they held meetings closed to the public.

As originally posted on: TheLedger.com
August 11, 2010

In May, the State Attorney's Office charged the commissioners of the Hardee County city with breaking the law by having private meetings Sept. 14, 2009, and March 1, 2010. Complaint affidavits state that the commissioners' actions showed "a purposeful intent to keep sensitive subject matter regarding city employees away from the public."

At the private meetings, the commissioners discussed issues facing the city, including the possible terminations of the police chief and city manager as well as perceived leadership problems with the city manager, the affidavits state.

One commissioner, Clarence Bolin, faced one count because he was accused of attending one of the two meetings.

The second-degree misdemeanors carried a maximum punishment of up to 60 days in jail and six months of probation.

As part of a plea agreement, they each pleaded no-contest June 30 to a single count of violating Florida's Sunshine Law, said Chip Thullbery, a spokesman with the State Attorney's Office.