TRUMP "needs to be gone," as one of our senior Democratic leaders here in corrupt St. Johns County has told me, since Inauguration Day, January 20, 2017. DONALD JOHN TRUMP must be impeached. Now.

Opinion
How Impeachment Shifted
Why this story is different.
By David Leonhardt
Opinion Columnist
Sept. 24, 2019
The New York Times


One week ago, it was already clear that President Trump, among his many unconstitutional l misdeeds, had pressured Ukraine to smear Joe Biden. And yet the chances that the House Democratic Caucus was going to impeach Trump looked minuscule.

Today, the chances look significantly better. So what changed?

For the first time in a long time,  Trump committed an act of lawlessness so extreme that it created a news story that managed to feel both fresh and surprising: A whistle-blower came forward to file a complaint about Trump lobbying the president of Ukraine during a phone call. The inspector general for the nation’s spy agencies found the complaint credible enough that he tried to refer it to Congress. It  now seems Trump was using American foreign aid to threaten the Ukrainian President.

Yes, Robert Mueller’s report contained extensive evidence of impeachable wrongdoing by Trump. Yet it didn’t contain as much evidence as many people expected. And Mueller was sufficiently feckless in his presentation of the report that Trump’s attorney general was able to misrepresent it.

As a result, Mueller’s evidence ended up resembling a lot of dry kindling that lacked a spark. The phone call to Ukraine, along with Trump’s potential refusal to let Congress investigate it, could well provide the spark.

Some observers believe impeachment is now more likely than not. As Rachael Bade and Mike DeBonis of The Washington Post write, “many [House] leadership aides who once thought Trump’s impeachment was unlikely now say they think it’s almost inevitable.” In part, that’s because a growing list of people who have been somewhere between skeptical of impeachment and opposed to it — including Representative Adam Schiff and several House members from swing districts (as well as, much less significantly, me) — seem to be reassessing their views.

If Trump is going to cheat this brazenly in his attempts to win re-election, Democrats may need to take the risk of impeaching him. Standing by and complaining, while refusing to use the constitutional power at their disposal, could leave American voters wondering whether Trump’s behavior is really so bad after all.

House Speaker Nancy “Pelosi is expected to meet with the six committee chairmen investigating Trump on Tuesday afternoon to discuss Democrats’ next steps and may even issue a forceful statement endorsing the impeachment investigation, according to multiple sources,” Politico reports.


Slate’s Dahlia Lithwick: “By refusing to hold the president and Senate Majority Leader Mitch McConnell responsible for any of that interference — indeed by pretending it was very, very bad but let’s look forward and not backward, House leadership is inviting even more abuse.”

Michelle Goldberg, in The Times: “It’s true that Democrats will remove Trump only by beating him in 2020, but he is already cheating in that election, just as he did in 2016, and paying no price for it.”

TPM’s Josh Marshall: “We’ve now reached an impasse, a critical juncture at which the House of Representatives, controlled by a party that still supports the rule of law, has no choice but to dramatically intensify its oversight efforts up to and including voting on articles of impeachment against the President. The very premise of democratic government and the rule of law is under active attack by a lawless President.”

CNN’s Stephen Collinson: “To do nothing would be to accept that a President can abuse his power by seeking foreign interference in American democracy. Trump would feel validated and emboldened.”

David Leonhardt is a former Washington bureau chief for the Times, and was the founding editor of The Upshot and head of The 2020 Project, on the future of the Times newsroom. He won the 2011 Pulitzer Prize for commentary, for columns on the financial crisis. @DLeonhardt • Facebook

This article is part of David Leonhardt’s newsletter. You can sign up here to receive it each weekday.
President Trump’s latest attempt to put his own interests above those of the United States — by pressuring Ukraine’s government to help his 2020 presidential campaign — inspired me to put together a list.
It’s a list of ways that Trump has behaved like no other modern president, and it spans his corruption, disrespect for women, violation of the law and disdain for American democracy.
I deliberately avoided any traditional matter of policy — even those, such as climate change, on which I think his approach is downright dangerous. This is instead meant to be a just-the-facts catalog of how Trump has altered the presidency.

Agree to disagree, or disagree better? We'll help you understand the sharpest arguments on the most pressing issues of the week, from new and familiar voices.


ADVERTISEMENT
It’s only 40 sentences, and the sentences are not long. I recognize that I left out several examples — of his corruption or his racism, for example — that furthered a theme already on the list.
When you get to the end of the list, I wonder if you’ll have the same reaction that I had after putting it together: It sure seems like it’s time for Congress — both the Democratic leaders in the House and the Republican leaders in the Senate — to use its constitutional power to hold the president accountable for the harm he’s causing to the United States.
Iran and Saudi Arabia
I found two op-eds particularly helpful in sorting through the recent attack on Saudi oil facilities. In The Washington Post, Suzanne Maloney explains that Iran’s government — the leading suspect — has decided that aggression often pays: “Iranian leaders appear to have concluded that restraint will probably achieve little in extricating the country from its predicament.”
In The Times, Robert Worth writes that the lack of immediate American response signals an end to the “security umbrella” that the United States long offered “to protect the oil-rich Persian Gulf states from their enemies — and, especially, from Iran.”
If you are not a subscriber to this newsletter, you can subscribe here. You can also join me on Twitter (@DLeonhardt) and Facebook.
Follow The New York Times Opinion section on Facebook, Twitter (@NYTopinion) and Instagram. 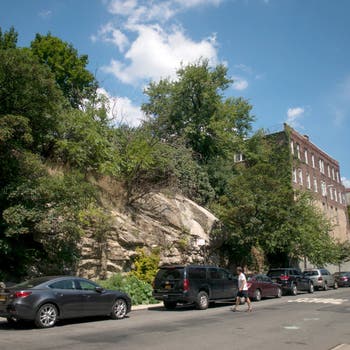 How a Paleozoic Rock Became a $3 Million Real Estate Prospect 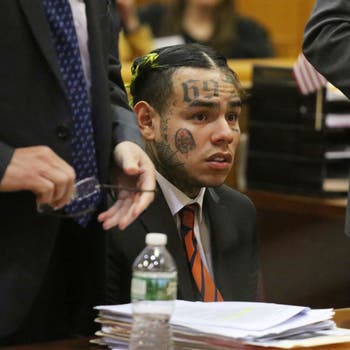 Tekashi 69: Can He Disappear After Testifying Against the Bloods? 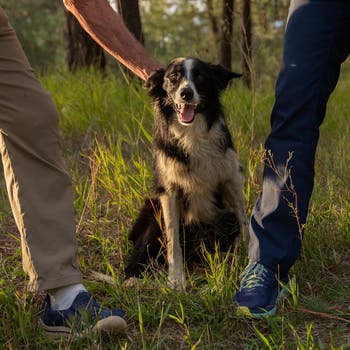 She Quit Her Job. He Got Night Goggles. They Searched 57 Days for Their Dog.

David Leonhardt is a former Washington bureau chief for the Times, and was the founding editor of The Upshot and head of The 2020 Project, on the future of the Times newsroom. He won the 2011 Pulitzer Prize for commentary, for columns on the financial crisis. @
Posted by Ed Slavin at 12:30 AM