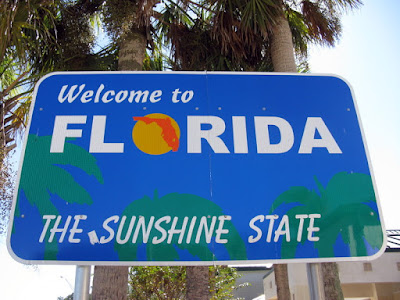 A private foundation has taken over from the city the function of planning St. Augustine's 450th anniversary celebration, 2012-2015. The City Commission agreed and gave First America Foundation a $275,000 no-bid contract.

Our City Hall still mistrusts "we, the people."

Article I, section 24 of Florida's Constitution guarantees our right to open meetings and open records -- it was adopted in 1992 by vote of 83 percent of Florida voters (3,883,617 votes). Majority rules.

Our European forebears suffered under the yoke of secrecy and autocracy, exemplified by Cardinal Richelieu, who said, "Secrecy is the first essential in affairs of the State." In contrast, James Madison wrote that a "popular Government without popular information or the means of acquiring it, is but a Prologue to a Farce or a Tragedy or perhaps both. Knowledge will forever govern ignorance, and a people who mean to be their own Governors, must arm themselves with the power knowledge gives."

Our Florida Constitution and laws require openness. The 450th anniversary of our Nation's Oldest City must no longer be run as a "covert operation." President Kennedy said to the American Newspaper Publishers Association in 1961: "The very word 'secrecy' is repugnant in a free and open society; and we are as a people inherently and historically opposed to secret societies, to secret oaths and to secret proceedings. We decided long ago that the dangers of excessive and unwarranted concealment of pertinent facts far outweighed the dangers which are cited to justify it."

Lord Acton explained not only that "all power corrupts and absolute power corrupts absolutely," but he also said that "Everything secret degenerates, even the administration of justice; nothing is safe that does not show how it can bear discussion and publicity." As the late Senator Daniel Patrick Moynihan said, "secrecy is for losers."

We deserve an open, accountable process with public participation. That's what we were promised before the City of St. Augustine changed its plans and created this secret corporation on a "rush" basis, as the incorporation papers filed in Tallahassee reveal. The City's strategic vision for the 450th originally called for 40 committees of local volunteers. FAF inexplicably dropped the committees and is seeking corporate "partners."

No federal agencies or self-respecting corporate donors will want to fund an inscrutable, unaccountable foundation that breaks the law. St. Augustine does not need a secretive foundation that shows contempt for the will of 3.8 million Florida voters. As Ronald Reagan spoke at the Berlin Wall: City Commissioners, "tear down this wall."

The facts are irrefragable. FAF, in my opinion, is a city agency under Sunshine and Open Records laws. Our City of St. Augustine must compel FAF to open its meetings, books and records to the public. Our City must take swift action to end FAF's secrecy and to vindicate our rights. As Justice Louis Brandeis said, "Sunlight is the best disinfectant."

Ed Slavin earned a B.S. in foreign service at Georgetown University and a J.D. from Memphis State University (now University of Memphis).