One of the countless drawbacks of being tethered by bad law and lousy leaders to a nasty monopolistic nuclear power plant utility, an investor owned electric power company with maladroit, overpaid management.

FPL varmints are beloved in the City of St. Augustine Beach. City Hall.

Wonder what they were talking about in that "VIP tent?" 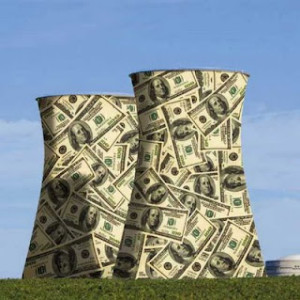 Updated May 05, 2018
By Charles Elmore, Palm Beach Post Staff Writer
Share on FacebookShare on Twitter...More
Website crash. App with information not so apt. Trees that local governments don’t agree to cut back. Lines on 200,000 poles controlled by other companies with “not a big appetite” to strengthen them.

For all the successes Florida Power & Light cites in restoring power after the worst hurricane in more than a decade last year, executives acknowledge there are things the Juno Beach-based utility hopes to handle better, and things it cannot totally control, if catastrophic weather comes calling in 2018.

Take the company’s website that crashed after Hurricane Irma, and a phone app that didn’t always correctly show when the lights were back on for a given customer. If hurricane winds blow, FPL aims to be better prepared for a crush of traffic when nearly every house and car now teems with countless phones, laptops and other gadgets hungry for information.

“One of the things we underestimated frankly is the number of devices we all own,” said Eric Silagy, president and CEO of FPL, at the company’s annual storm drill Thursday in Riviera Beach.

“We’re testing our system now at a much higher level,” he said.

FPL pointed to $3 billion in investments to strengthen poles and install smart-grid technology as a big reason it restored 50 percent, or more than 2 million customers who lost power, within one day after Irma. It took five days to get that proportion of customers restored after 2005’s Hurricane Wilma.

“Hurricane Irma was precedent-setting for our company as we amassed the largest restoration force in U.S. history to get the lights back on for our customers,” Silagy said.

People affected by the storm have more ways to get information than they did in Wilma’s day, and that’s a good thing, but an ever-expanding gadget supply places a big demand on the system.

One issue FPL officials mentioned to regulators in a Tallahassee workshop Wednesday was a need for a “thinner” app in the aftermath of a big storm. In that situation, people overwhelmingly just want to know when their house will have power, not a raft of data about next month’s bill, said Bryan Olnick, FPL’s vice president of distribution operations.

FPL’s smart-grid technology is designed to identify when and where outages occur and ideally communicate that through the website and app, but under heavy traffic the system did not operate properly at times.

“Our mobile app system was up and running, but it was not providing the most accurate information sometimes and that’s what we’re working on now,” Olnick told state Public Service Commissioners in a workshop on storm response.

Other concerns: FPL has been strengthening its 1.2 million poles, but its lines also run by agreement on about 200,000 poles controlled by other entities. Olnick called this a “weak link.”

He did not name names, but Public Service Commissioner Julie Brown asked, “Say AT&T owns a pole. Who has the authority to tell them to harden a pole? We don’t.”

Olnick said “somehow that discussion needs to take place,” saying he was not aware of a “big appetite” to strengthen that equipment by other companies.

For its part, FPL wants to tackle the issue of “the wrong tree in the wrong place,” as falling vegetation remains the top cause of outages. But local governments in its 35-county service area don’t always share the same priorities. Olnick said some are “planting trees right under our lines as we speak.”

An FPL pilot program this year will probe cost-effective ways to bury lines, attempting to broaden the reach beyond developments that planned for such an arrangement during their construction.

Gov. Rick Scott joined Thursday’s storm drill, noting that Florida during Irma “mobilized the largest power restoration effort in our nation’s history. I was proud of the work of Florida’s utility providers who quickly restored power to our communities.”

The exercise involved a hypothetical Hurricane Cobalt, modeled on 1964’s Hurricane Isbell which had similarities to Hurricane Wilma. The pretend Cobalt made landfall on the state’s southwest coast May 2 as a Category 2 storm and departed the state around West Palm Beach. FPL evaluated how well employees responded.

“Our company has a culture of continuous improvement, and with that in mind, we must continue to push ourselves to improve our ability to respond,” Silagy said. “That’s what FPL’s storm drill is all about.”
Posted by Ed Slavin at 4:53 AM