Opinion: The Real Problem At A Beltway Dog Park? Hint: It's Not The Dogs. (NPR)

These Chevy Chase, Md. control freaks remind me of the dog haters who banned dogs from large swaths of Florida beaches, at the behest of AL NEUHARTH, the late powerful publisher of GANNETT's Florida Today and USA Today.

Opinion: The Real Problem At A Beltway Dog Park? Hint: It's Not The Dogs 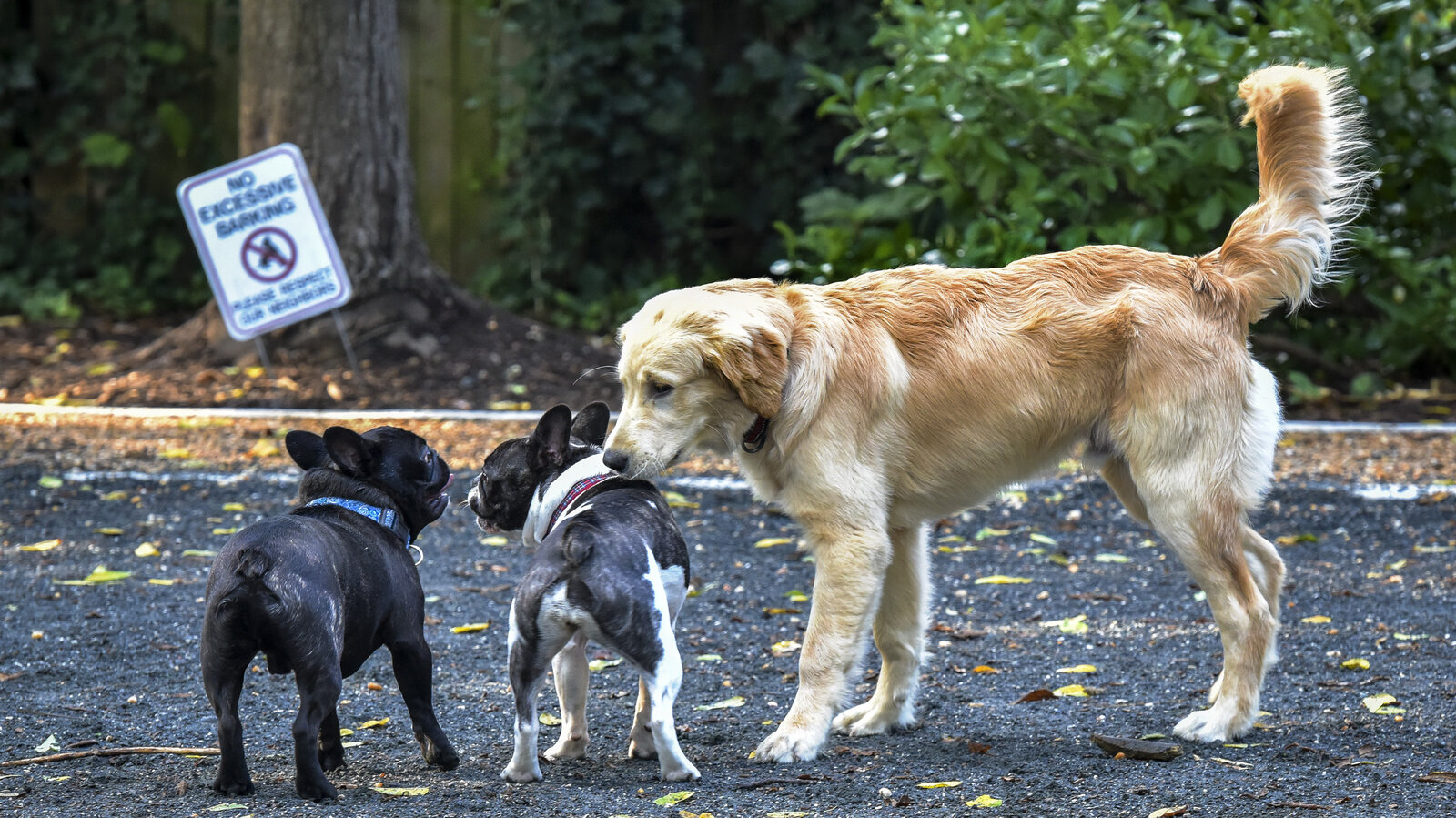 Trump pledged not to use his office to help his business. Then he pitched his Florida club for the next G-7. (WaPo)

Blatant conflict of interest, unethical violation of domestic Emoluments Clause, impeachable.  One of only nine newspapers to endorse TRUMP in 2016, the incredible shrinking St. Augustine Record now has no editor.  Its GATEHOUSE newspapers' copy desk in Austin, Texas prepares some 200 dull newspapers, with a merger proposed with GANNETT.   Under new mismanagement, the Record still leaves out a lot, like this story from The Washington Post:

Trump pledged not to use his office to help his business. Then he pitched his Florida club for the next G-7. The Trump International Hotel in Washington. Trump has abandoned some of his pledges about self-restraint when it comes to his company while he is in office. (Amr Alfiky/Reuters)

By Jonathan O'Connell ,
Joshua Partlow and
David A. Fahrenthold
August 31 at 8:00 AM
When President Trump decided to keep ownership of his company and continue to do business with foreign governments, he said nobody could stop him.
But voters could trust him to police himself, he said.
“I will be leaving my great business in total,” Trump said, pledging to do more to keep his roles separate than was required of him in the Constitution.
“There are lines that we would never cross, and that’s mixing business with anything government,” said Eric Trump, one of two Trump sons who would be taking over day-to-day control of the Trump Organization.
Over time, Trump has repeatedly crossed that line, routinely visiting his properties and talking them up on television and Twitter. The most overt example came last week, when Trump said he was likely to award next year’s Group of Seven summit to his company’s Doral golf resort in Florida — a plan that would direct millions of dollars to benefit his own business.
[When Trump visits his clubs, government agencies and Republicans pay to be where he is]
It was the latest sign that Trump has abandoned some of his pledges about self-restraint, as efforts to hold him to those promises have faltered. Lawsuits alleging he is violating the Constitution by taking money from foreign and U.S. governments have stalled in the courts. Congressional Democrats have been stymied in their role overseeing the executive branch. And Republicans have expressed little interest in reining him in.
“Once upon a time we would have thought of this as something so outlandish it looks more like a ‘Saturday Night Live’ skit. But here we are,” Rep. Jamie B. Raskin (D-Md.) said of Trump’s proposal to award the G-7 summit to himself. He is one of several House Democrats calling for more aggressive action on this issue.

The Trump Organization did not respond to questions about Trump’s business dealings with foreign governments, or his proposal to hold the G-7 summit at Doral.
The White House has said that questions about the choice of Doral are premature, as it is one of several sites under consideration for the annual gathering of world leaders, set to take place next year in the United States. Trump, however, has continued to promote it publicly as a prime location.
The event could bring a surge of foreign cash that eclipses what the company collected previously from overseas sources.
Last year, foreign governments paid more than $1 million to Trump’s company, said George Sorial, who until June served as the Trump Organization’s top compliance official.
Of that revenue, Sorial estimated that about 90 percent of that money was spent at a single Trump property: the president’s luxury hotel in downtown Washington.

The Trump Organization declined to comment on Sorial’s figures. It has donated about $340,000 to the U.S. Treasury since 2017 — the company’s calculation of profits from those who identified themselves as foreign government customers, Sorial said.
“What we did was pretty remarkable and represented an honest attempt to navigate a very tricky area of the law,” Sorial said of his company’s system for identifying foreign government spenders.
Because a single embassy gala can cost hundreds of thousands of dollars, Sorial said revenue short of $1 million is a negligible amount for a downtown D.C. hotel. “I don’t understand what all the fuss is about,” Sorial said.
But the company has not given its own figure of how much total revenue it has taken from foreign governments, or revealed its customers.

Trump has refused to say as well. He told a crowd in Pennsylvania that lawsuits seeking details about foreign-government customers were “presidential harassment.” He also dismissed the idea that he would profit from holding the summit at Doral.
“In my opinion, I’m not going to make any money,” he said, without explaining why.
Before he took office, Trump announced at a news conference that he would not sell his financial assets or wall them off in a blind trust, as his predecessors for four decades had done. He noted that, as president, he is exempt from conflict-of-interest rules that apply to most other federal employees.
“I could actually run my business and run government at the same time,” Trump said. But, he said, he wouldn’t: “I don’t like the way that looks.”
A Trump attorney, Sheri Dillon, joined him in front of a stack of folders, which she said contained documents where Trump gave up day-to-day control of his business. Trump, she said, would avoid “even the appearance of a conflict” to assure the American people “that the decisions he makes and the actions he takes as president are for their benefit and not to support his financial interests.”

But since then, Trump’s own actions have undermined those promises.
Trump, for instance, promised he would distance himself from his real estate business. But he has spent all or part of more than 250 days at his hotels and golf courses since he took office, according to a Washington Post analysis.
He promised he would separate the government from his business. But federal taxpayers have already spent tens of thousands of dollars at his properties, often to pay for staff accompanying Trump on his visits, according to government documents released after public-records requests.
Trump said he would not use the presidency to promote his properties. But he has mentioned his properties at least 70 times in speeches and other statements, The Post found. The most recent example, of course, was his long ode to Doral at this year’s G-7 summit in France.

“We have many hundreds of acres, so that in terms of parking — in terms of all of the things that you need,” Trump said, sounding like a hotelier trying to land a big event, not a president discussing an international summit. “The ballrooms are among the biggest in Florida. And the best.”
It’s still unknown what a financial boost holding the G-7 at Doral could be for Trump and his company. It could be a significant score, especially for a venue where revenue fell $17 million from 2015 to 2017.
The Trump Organization has an outside ethics adviser, Bobby Burchfield, who reviews major transactions. Burchfield told The Post early last year one consideration when reviewing a deal is whether anything about it could embarrass the president.
Asked this week if he would approve the Doral summit, Burchfield declined to comment.

Also unclear is the path forward for critics who believe Trump is not only breaking his own promises but also violating anti-corruption provisions in the Constitution.
Three lawsuits have alleged that Trump is violating the Constitution’s emoluments clauses by accepting payments from state and foreign governments. But the emoluments clauses have never been tested before Trump, and the suits have crawled through the courts.
“They’ve won a couple of victories that have allowed them to continue to conceal his records, even though the entire country knows that he’s using the White House for profit,” Maryland Attorney General Brian E. Frosh, a plaintiff in one of the cases, said of Trump’s lawyers.
Andy Grewal, a University of Iowa law professor, was skeptical the president had committed any constitutional violations and anticipated that all of the emoluments cases would eventually be dismissed. One already has been dismissed outright, one may be revived, and the third is on hold.

“It’s unseemly, but to me it’s not a constitutional violation,” Grewal said. “The real issue just seems to be we have a president who is happy to profit off of the presidency.”
In the Democratic-controlled House, legislators say they haven’t learned much about Trump’s foreign customers — even at the president’s D.C. hotel, which is housed in a building owned by U.S. taxpayers and overseen by the General Services Administration.
As Trump has stonewalled efforts to give his political foes insight into his D.C. customers, House Democrats are split over how to proceed.
“I don’t think we know very much at all” about Trump’s foreign customers, said Rep. Dina Titus (D-Nev.), whose subcommittee oversees that hotel. “We have anecdotal information when somebody is spotted in the lobby, or when somebody has a big party there . . . We don’t really have the hard facts.”
Titus partially blamed the Democratic chairman of the Transportation and Infrastructure Committee, Rep. Peter A. DeFazio (Ore.). Titus said DeFazio has been pulling his punches, holding out in hopes of cooperating with Trump on a big infrastructure bill.
It isn’t unusual for committee members to look into federal leases, and yet they have not held a hearing on the president’s lease since Democrats took control of the House seven months ago.
In a statement, DeFazio said he now plans to schedule a hearing seeking more information related to Trump’s D.C. hotel.
“Our Committee staff are diligently going through a myriad of investigative documents related to GSA and this lease, and we plan to hold a hearing next month on the status of these inquiries,” DeFazio said.
In the meantime, foreign officials continue to book rooms in the D.C. hotel. The Post has identified at least nine examples of foreign governments spending money at Trump properties since Trump took office.
The Kuwaiti Embassy held three galas there, and lobbyists for the Saudi government rented 500 rooms.
Ni­ger­ian Vice President Yemi Osinbajo stayed there in June during a visit to meet with his U.S. counterpart, Vice President Pence; and the attorney general of the Dominican Republic, Jean Alain Rodríguez, spent three nights there in late April to meet with federal drug enforcement officials.
The stay by Rodríguez cost $380 per night plus fees and taxes, according to a spokeswoman, Julieta Tejada.
“The choice of the hotel was strictly due to the ease of its location to move to different meetings,” Tejada said.
Other guests have similarly said they chose the Trump hotel for convenience, or luxury — rejecting the idea that they did it to curry favor. But last year, Jose Manuel Romualdez, the ambassador to the United States from the Philippines, was blunt about why he had chosen Trump’s hotel for a national day celebration.
“Having it at a hotel that happens to have [Trump’s] name . . . it’s a statement,” Romualdez told Philippine TV station ABS-CBN during the event. “It’s a statement that we have a good relationship with this president.”
Romualdez later wrote in the Philippine Star that the bill for the celebration was paid by personal friends, not the Philippine government. He did not identify the friends.
Mike DeBonis and Ann Marimow contributed to this report.
223


Comments
Posted by Ed Slavin at 7:28 AM No comments: