IT'S LONG PAST TIME FOR AN ANTI-BRIBERY CAMPAIGN HERE IN ST. JOHNS COUNTY, FLORIDA

Five Quotes to Live by (From the New Oval Office Rug) 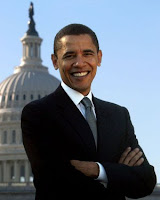 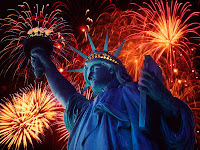 To uphold democracy and protect the people against the greedy, I'm voting for Alex Sink for Governor, Heather Beaven for Congress, Dan Gelber for Attorney General, Doug Courtney for State Representative, Debra Gianoulis for State Senator, Scott Maddox for Commissioner of Agriculture and Commerce and Lorrane Ausley for Chief Financial Officer.

We shall overcome!
Posted by Ed Slavin at 5:44 PM No comments:

The Florida Supreme Court today upheld Amendments 4&5, which will ban gerrmanderying and require fair legislative districts for Congress and the State Legislature.

Five cheers for the Florida Supreme Court, whose ineluctable logic is represented in haec verba below.

Cheers to all of the progressive litigants and lawyers including NAACP and lawyer Mark Herron), who brought the lawsuits challenging the Republican Amendments, tried their cases and won in the Florida Supreme Court today.

But you can't fool the Florida Supreme Court.

We've got a problem in Tallahassee -- it is fascist, one party Republican misrule by the party of hate and greed -- a dysfunctional government by lugubrious goobers, as evidenced by:
A. Our wicked, evil lobbyist-State Senator (John Thrasher), the demonic chair of the Republican Florida Party; and
B. Our other-directed-State Representative (William Proctor), the walking conflict of interest from Flagler College, that misguided cognitive miser.

As we all saw during the 2000 Bush v. Gore cases, Florida is blessed with a wonderful Supreme Court, partly thanks to Governor Lawton Chiles.

Again, thank God for the Florida Supreme Court.
Posted by Ed Slavin at 5:22 PM No comments:

The court tossed an amendment that would have watered down two other amendments put on the ballot by citizens’ petition dealing with redistricting, another designed to give tax breaks to first-time home-buyers and a third passed by lawmakers opposed to federal health care reforms.

The Supreme Court found that all three legislative proposals were misleading and struck them from the ballot.

The court also today refused to remove two proposed amendments put on the ballot by citizens’ initiative that would revamp the way congressional and legislative districts are drawn.

All constitutional amendments require 60 percent approval by voters to pass.
Posted by Ed Slavin at 5:22 PM No comments:

Email ThisBlogThis!Share to TwitterShare to FacebookShare to Pinterest
Posted by Ed Slavin at 5:21 PM No comments:

Email ThisBlogThis!Share to TwitterShare to FacebookShare to Pinterest
Posted by Ed Slavin at 5:04 PM No comments:

The rulings, all decided by a 5-2 majority, mean voters will have their say on only six initiatives on Nov. 2. A separate decision by the high court rejected a challenge to Amendments 5 and 6, the so-called Fair Districts amendments, meaning they will stay on the ballot.

"To say that we're pleased would be a tremendous understatement," said Ron Meyer, an attorney who defended the Fair Districts effort. Those two amendments seek to prohibit lawmakers from drawing political boundaries to benefit a political party or candidate.

The Supreme Court ruled that the related Amendment 7, drafted by lawmakers to "clarify" 5 and 6, would not stay on the ballot. Incoming Senate President Mike Haridopolos and other supporters say their amendment was needed to protect minority voting rights enshrined in federal law.

"It is a sad day when more than 60 percent of the elected representatives of the people of the state of Florida can't get ballot measures approved by the court but special interest groups can," Haridopolos said in a statement.

The court ruled that the proposed amendment could undermine a current requirement that districts be "contiguous," or that all portions of a district touch another part. The ruling said the amendment was misleading because it did not tell voters about its effect on that requirement.

The court also took issue with the amendment's title, which reads, "Standards for Legislature to Follow in Legislative and Congressional Redistricting."

"While purporting to create and impose standards upon the Legislature in redistricting, the amendment actually eliminates actual standards and replaces them with discretionary considerations," the court ruled in an opinion written by Justice Barbara Pariente.

In a dissenting opinion, Chief Justice Charles Canady argued that the contiguity requirement is not subverted because Amendment 7 would require lawmakers to "implement" new and existing redistricting guidelines.

In a separate case, the court agreed to strike down Amendment 9, which was drafted in response to the new federal health care law to prohibit Florida from participating in any health insurance exchange that compels people to buy insurance.

A lower court ruled against the amendment because its proposed summary contained misleading phrases. In place of the summary, proponents argued the court should place the full text of the amendment on the ballot.

Supporters noted that a unanimous court in 2004 placed the full text of an abortion-related amendment on the ballot.

"The remedy was simple, let's just put the wording of the amendment on the ballot," said Sen. Carey Baker, a key sponsor of the Health Care Freedom amendment. "And they came up with some convoluted reason why they couldn't do that."

Justice Peggy Quince wrote in the opinion released Tuesday that lawmakers expressly voted to put their summary on the ballot instead of the amendment's full text. She also wrote that the court acknowledges it made a mistake in the 2004 because that ruling "is not consistent with a long line of cases involving proposed constitutional amendments."

Pariente, Quince and Justice Fred Lewis were on the court in 2004, and all agreed to strike Amendment 9 from this year's ballot.

Baker, R-Eustis, said the rulings might spur the Legislature to create a better method for lawmakers to propose amendments. He said such a system might include a "pre-review" before the Supreme Court that is required of citizen amendments.

The court, in another 5-2 decision, also removed Amendment 3, which would have given extra tax breaks to first-time home buyers.

The justices ruled that a summary of the amendment was misleading because it did not tell voters that the tax break applies only to property bought after Jan. 1, 2010. The court also said the summary should have used a more clear definition of "first-time homestead."

Proposed amendments require 60 percent voter approval to be added to the state Constitution.

The Florida Supreme Court ruled today to prevent three ballot measures that were proposed by the Florida legislature from appearing on the state’s November ballot, among them the controversial Fair Districts “poison pill” that would have blunted the anti-gerrymandering effect of Amendments 5 and 6, and the so-called “Health Care Freedom” amendment, which would have prevented the implementation of the federal government’s health care reform in Florida.

The court also ruled that Amendments 5 and 6 — which, if passed, will create new rules for how legislative districts are drawn —will stand. The two amendments had been challenged by Reps. Corrine Brown, D-Jacksonville, and Mario Diaz-Balart, R-Miami.
Posted by Ed Slavin at 5:00 PM No comments: