Union-busting Starbucks CEO made another $940,000,000 during pandemic (Common Dreams)

Democrats are seeing new glimmers of hope for their chances of ousting Sen. Marco Rubio (R) in Florida after months of hand-wringing over just how aggressively they should pursue his seat.

Until recently, the Senate race drew little attention from national Democrats who have grown increasingly skeptical that their candidates can remain competitive in the Sunshine State after a spate of narrow, though still painful, losses. Top party officials instead looked to Senate contests in states like Pennsylvania and Wisconsin — two states that President Biden carried in 2020 — as safer bets.

But Rep. Val Demings (Fla.), a rising Democratic star who clinched the party’s Senate nomination in Florida last week, has so far shown herself to be a formidable challenger to Rubio.

She’s raised about $48 million to his $36 million and has already spent months blanketing airwaves with ads talking about her law enforcement credentials and hitting Rubio over everything from his attendance record in the Senate to his stance on abortion rights.

“The fundraising situation for Republicans seems pretty dire, and meanwhile Demings is continuing to raise millions of dollars and outraise Rubio. So I think the fundamentals are really encouraging,” said Joshua Karp, a top adviser to Demings’s campaign.

Demings’s allies also argue that many of the GOP’s standard attacks — most notably their claim that the Florida congresswoman favors defunding the police — have fallen flat, given her career in law enforcement and the years she spent as Orlando’s police chief.

“Republicans haven’t really been able to lay a glove on Demings,” Karp added. “She’s pretty Teflon when it comes to their usual basket of attacks. And this is not a candidate that they know how to define and target.”

But that’s not to say winning will be easy for Demings. Unlike Republican Senate nominees in several other battleground states — like Arizona, Pennsylvania and Georgia — Rubio is a seasoned politician with a track record of winning statewide by wide margins, and the vast majority of public polling in the race between him and Demings shows Rubio in the lead.

Rubio’s message, meanwhile, has focused on casting Demings as a “rubber stamp” for Democrats’ agenda in Washington, linking the three-term congresswoman to President Biden and House Speaker Nancy Pelosi (D-Calif.), while also homing in on inflation and crime, two issues that have repeatedly dogged Democrats this year.

“When Floridians go to the ballot box in November, they’re going to hold Demings and Democrat-controlled Washington accountable for driving skyrocketing inflation, out of control crime, and a crisis at the border letting drugs flow into our communities,” said Elizabeth Gregory, a spokesperson for Rubio’s campaign.

There’s also a long list of structural challenges for Florida Democrats. For one, there are now more registered Republican voters in the state than Democrats, and the GOP’s advantage in the state has only continued to grow. And while Florida has a penchant for hosting ultra-close statewide races, Republicans have a tendency to come out on top more often than not.

Rubio himself also has a proven ability to outperform other statewide Republican candidates in Miami-Dade County, a Democratic stronghold, albeit one where the GOP has made gains in recent years. Rubio lost Miami-Dade by only about 11 percentage points the last time he was on the ballot in 2016. That same year, Hillary Clinton, the Democratic presidential nominee, won it by nearly 30 points.

“I think that Rubio’s strength in Miami-Dade is not to be underestimated. But it’s also never been stress-tested,” said one Democratic strategist who works in Florida politics.

In 2010, when Rubio first won his seat, his opposition was largely split in the general election between supporting Charlie Crist, the former Republican governor who challenged Rubio as an independent, and former Rep. Kendrick Meek (D-Fla.), giving Rubio an opening to win Miami-Dade County, the strategist argued.

But Democrats say there’s reason to believe that things will be different this year.

Demings’s campaign announced earlier this year that it would spend $3 million on a coordinated bilingual effort to boost Democrats up and down the ballot, while the Democratic National Committee moved to install a Spanish-language voter outreach program and a new organizing staff in Miami-Dade County.

Demings has also buoyed her position in the race by seizing on the same issues lifting Democrats across the country.

The party’s candidates have seen a burst of momentum following the signing of a massive tax and climate law, arguing that it’s evidence that they can pass meaningful legislation. And then there’s the conservative-majority Supreme Court’s decision in June to overturn Roe v. Wade, the landmark abortion rights case — a ruling that has put reproductive rights back in the country’s political spotlight.

Meanwhile, inflation has shown signs of easing and gas prices have begun to tick downward, bolstering Democratic hopes of avoiding an electoral thrashing in November.

But Republicans argue that the problems for Democrats in Florida are apparent. While the national political environment has shifted, at least somewhat, in Democrats’ favor in recent weeks, there’s no guarantee that trend will hold over the next two months. Republicans also argue that the FBI’s search of former President Trump’s Palm Beach club and residence, Mar-a-Lago, could energize their voters at a time when GOP enthusiasm is already running high.

At the same time, many of the major donors and outside groups that have invested heavily in Florida in the past have stayed on the sidelines so far, fearing a repeat of recent election cycles that saw huge spending by Democrats followed by disappointing losses.

Priorities USA, the main Democratic super PAC, has yet to announce any spending plans in Florida this year. Neither has Senate Majority PAC, the super PAC aligned with Democratic Senate leadership. Former New York City Mayor Michael Bloomberg, meanwhile, recently donated $1 million to the state Democratic Party, but has held off from making the kind of massive investments he made in the state in 2020.

“I think there’s a lot of skepticism about whether Florida is winnable. And I think that’s partially because Republicans have spent the last four years screaming at the top of their lungs that Florida is a red state,” one national Democratic consultant familiar with fundraising said. “There’s a lot of ‘don’t throw good money after bad results.’” 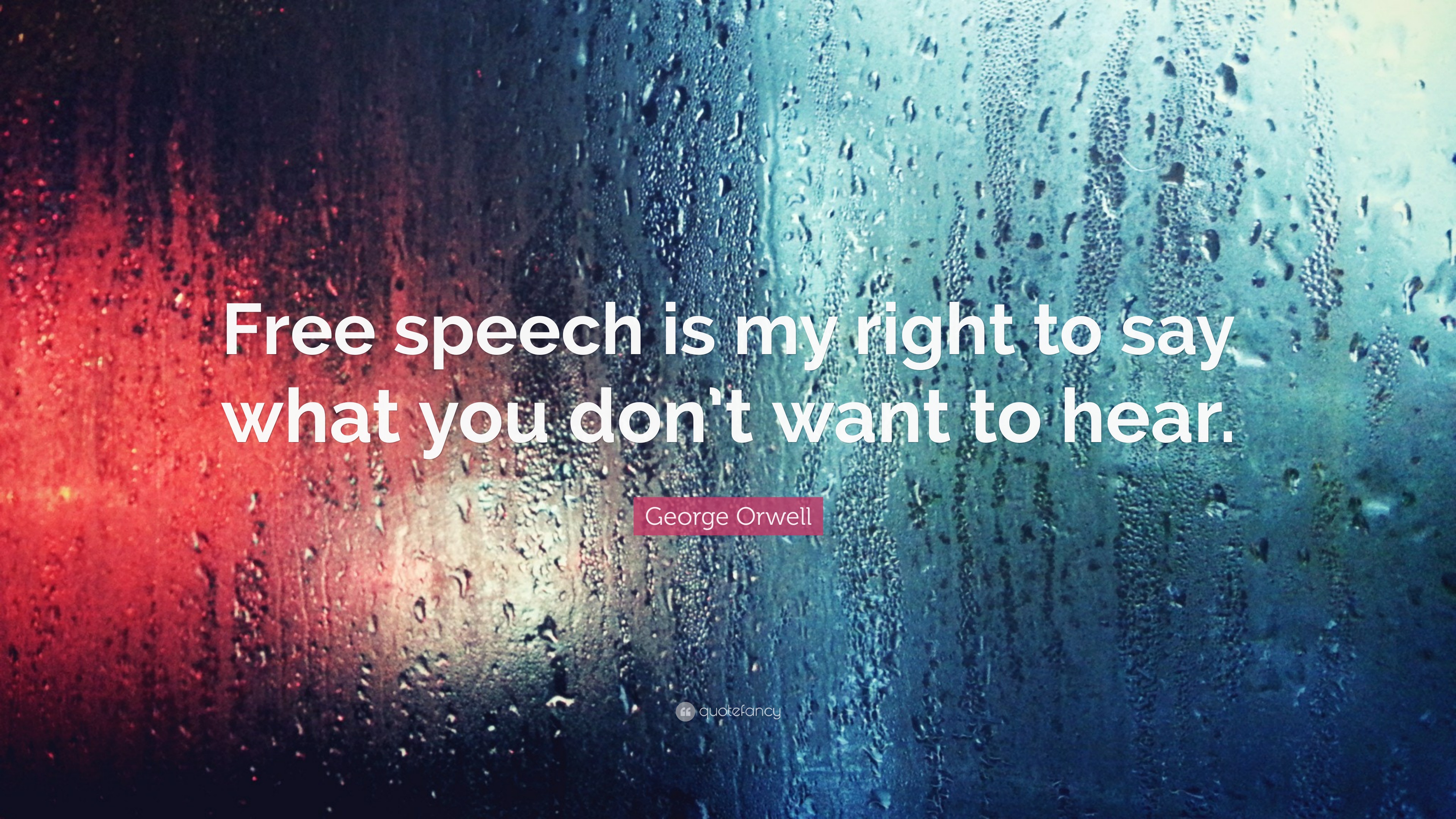 Does this poem remind you of anything locally?

Check out this poem by Humbert Wolfe:

You cannot hope to bribe or twist,thank God! the British journalist.But, seeing what the man will dounbribed, there's no occasion to.[4].

Democracy on the March, Right Here in St. Johns County? 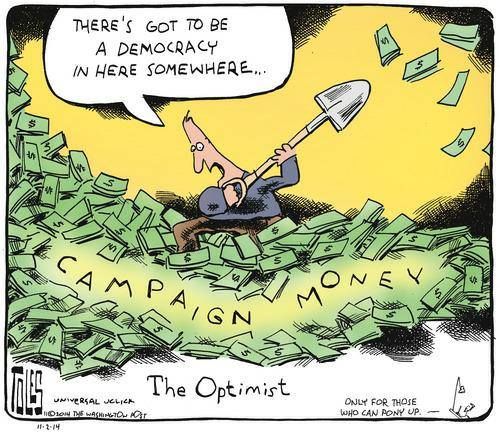 Democracy on the March, Right Here in St. Johns County?
Unregulated, metastatic growth is the ideology of a cancer cell.  It is an alien ideology, shared by rapacious unethical foreign-funded Florida developers, whom most of us believe are destroying our quality of life in this beautiful place on our frail planet, St. Augustine and St. Johns County.
Developers and their cat's paws constitute what our Founding Fathers would call a "faction."  See Federalist Papers No. 10.
Developers lost several key elections on August 23, 2022,
Will August 23, 2022 go down in history as one of those history-changing days when truth triumphed?
Will Krista's grandchildren ask her one day, "How The Good Guys Finally Won"!?   (I borrow the title of Jimmy Breslin's book about those scintillating Watergate years of 1973-74, when We, the People brought down President RICHARD MILHOUS NIXON, who was forced to resign August 8, 1974, having lost support of almost all Republicans after his own tapes revealed his participation in a cover-up.)
Since 1998, Rogers Towers and other corporate lawyers for organized real estate investors have "gulled, culled and diddled" our community, as John Adams said, quoted in the musical 1776.
These corporate interests are like those that FDR warned about in 1936: "They had begun to consider the Government of the United States as a mere appendage to their own affairs. We know now that Government by organized money is just as dangerous as Government by organized mob."
Faster than a speeding dump truck, with all the subtlety of a bevy of D-9 bulldozers clear-cutting our forests and killing our wildlife, they cut swathes in the forest of laws for their unethical corporate clients.  In FDR's words, in his 1941 Four Freedoms address, "we must especially beware of that small group of selfish men who would clip the wings of the American Eagle to feather their own nests."

These greedy corporate oligarchs are busily ruining what we love about St. Johns County, oftentimes otherwise known as "God's country."  Since 1998, the Establishment, with nauseating one-party rule: 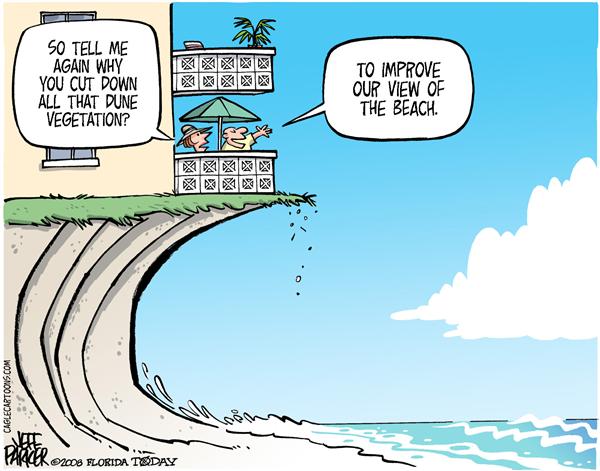 Some Indiantown residents said they are eager to see the new Village Council members get to work on the area's biggest issues after voters ousted the mayor and vice mayor.

"Congratulations to the new council members," Mayor Jackie Clarke said in a concession statement on Facebook after the Aug. 23 election. "Now your work begins. The foundation has been laid very well."

Carmine Dipaolo and Angelina Perez — who won Indiantown's second election since incorporating in 2018 — could help change the course of such issues as building a Village Hall and improving infrastructure, including roads, drinking water and stormwater drainage.

"The biggest thing we already addressed by winning last night is the nixing of the Village Hall, the police department and the fire department," Dipaolo said. "That right there is a huge thing alone because it would have bankrupted (Indiantown)."

Residents want Indiantown to grow gradually and not become a bustling suburb that would negatively affect residents who have lived there for generations, Nycum said.

Some residents oppose building a new, possibly three-story Village Hall with a community center, estimated to cost between $15 million and nearly $22 million.

Dipaolo and Perez agreed Indiantown should continue leasing space at 15516 Southwest Osceola St., which costs about $3,225 a month. Susan Gibbs Thomas, the only incumbent reelected Tuesday, has said residents should vote on the issue.

Council members Janet Hernández and Guyton Stone have not responded to TCPalm's request for comment on the Village Hall. Clarke would not give her opinion during a TCPalm Editorial Board interview, and Dowling said he supported it

However, construction plans have been halted due to a lack of funding, according to Patrick Nolan, Indiantown utilities manager.

Safe drinking water is a more urgent need than a Village Hall, said Perez, a lifelong and second-generation Indiantown resident. She did not have any immediate solutions to the problem, saying she must research the issue first.

"I have to learn from the ground up," she said. "I have to get to know what the process is."

Dipaolo, who moved to the village less than two years ago but worked there for about 28 years as a retired Martin County Sheriff's Office sergeant, agreed water is an issue.

"I want to see a fast track to water and sewer," he said. "The water in the town is not very good ... Even with a good water system, it's not up to standard. ... That's my No. 1 priority because that's a health issue."