Florida Governor Ron DeSantis will suspend Broward County SHERIFF SCOTT ISRAEL this afternoon, in front of the Sheriff's office, where he is expected to speak about government accountability.

Last month, I wrote then-Governor-elect DeSantis asking him to order an independent investigation and forensic audit and to suspend St. Johns County Sheriff DAVID SHOAR over the Michelle O'Connell case coverup and the $700,000 embezzlement by SHOAR's Finance Director.

(CNN)The Florida sheriff whose office responded to the massacre at Marjory Stoneman Douglas High School in Parkland will be suspended by the state's new governor Friday, a source familiar with the process told CNN.
Gov. Ron DeSantis will suspend embattled Broward County Sheriff Scott Israel over the handling of the 2018 mass shooting, in which 17 students and teachers were killed by a former student.
The governor is expected to make the official announcement at 3 p.m. at the Broward County public safety complex, during an event billed as "a message on holding government officials accountable."
The Broward County Sheriff's Office would not comment on the report.
"Sheriff Israel has received no official word from the governor or his office of the purpose of this visit. The sheriff remains steadfast in continuing to serve the citizens of Broward County as well as the men and women under his leadership," the sheriff's attorney, Stuart Kaplan, told CNN. 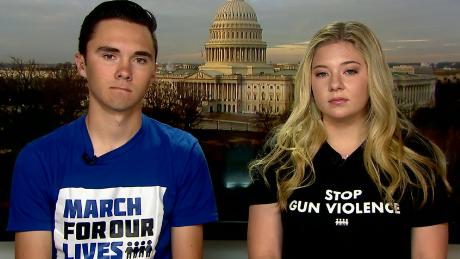 Parkland survivors push for change in gun laws 02:25
The Miami Herald reports that the governor will name retired Coral Springs Police Sgt. Gregory Tony as Broward's interim sheriff.
Soon after the February 14 mass shooting, Israel faced criticism about his agency's response, including calls for his resignation. A recent draft report by a public safety commission tasked with investigating the shooting found several failures and missteps, including among some of Israel's deputies.
According to Florida statute, the governor has the power to suspend the sheriff for actions such as "misfeasance" and "neglect of duty" and may fill the office by appointment for the period of suspension. The actual power to remove the sheriff from office is in the hands of the state Senate.
According to the body's website, it makes "final dispositions" on whether to reinstate a suspended official or remove him from office.
Nikolas Cruz has confessed to being the gunman, and carrying out the shooting at his Marjory Stoneman Douglas High School, his former school, according to court documents. The attack, which also left dozens injured, is one of the deadliest mass shootings in recent US history.
Eleven days after the massacre, more than 70 Republican representatives and Florida House Speaker Richard Corcoran sent a letter to then-Gov. Rick Scott asking him to suspend the sheriff for what they called his "incompetence and neglect of duty."
Israel said then he would not resign.
In April, Broward County sheriff's deputies took a largely symbolic vote of no confidence against Israel, with union President Jeff Bell vowing to ask the governor to consider removing Israel. The sheriff said then the vote reflected only "a small number" of BSO employees and the union representing the vast majority of employees "solidly supports the leadership of this agency." 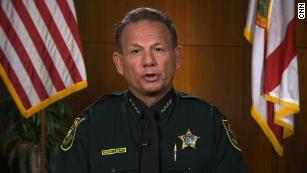 The fate of the sheriff from the Parkland shooting lands in the Florida governor's lap
In December, the Marjory Stoneman Douglas High School Public Safety Commission, which is investigating the shooting, released its draft report. Some of the failures and missteps highlighted in the commission's report ranged from unlocked and unmanned gates on the Parkland campus to an inadequate public-address system. The report also said former Deputy Scot Peterson, the school resource officer, was "derelict in his duty" and "failed to act consistent with his training and fled to a position of personal safety" during the mass shooting. Peterson instructed deputies to stay away from the building where the shootings took place, the draft said. 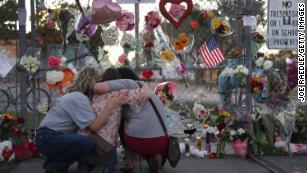 Unlocked gates, dawdling cops and lack of a PA system contributed to Parkland massacre, report finds
Several responding Broward sheriff's deputies were either seen on camera or described as taking time to retrieve and put on ballistic vests as well as removing and replacing other equipment while shots were still being fired in the school, the report said.
The commission presented its final report to state officials on January 2.
CNN's Eli Watkins, Ray Sanchez and Tina Burnside contributed to this report.