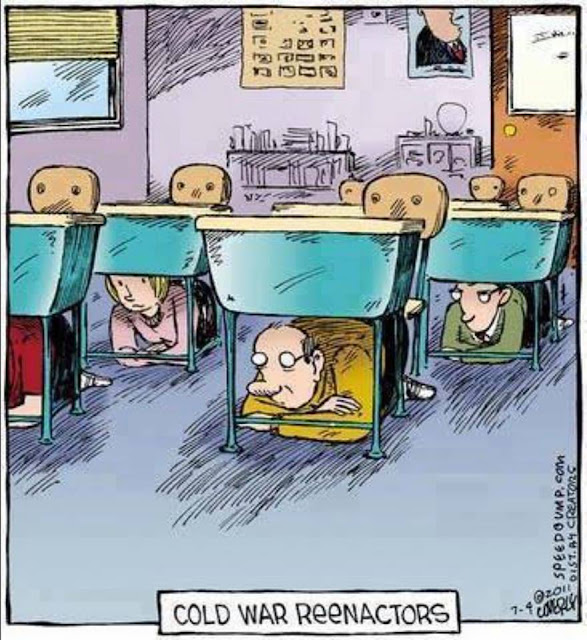 Repulsed by shallow coverage of the St. Johns County Sheriff and other local burghers?

Well, for context, below is a dopey, dupey 323 word story from GateHouse's East Tennessee outlet,  The Oak Ridger, that incurious excuse for a daily newspaper in the midst of the Oak Ridge Oligarchy of Atomic Blunderers.

Reads like a government press release, because it probably is.

The Oak Ridger, like The St. Augustine Record, was founded by a frontman for the power elite.

The Oak Ridger, an exponent of "Oak Ridgedness" was founded circa 1948 by the U.S. Government, with frontman Thomas Hill and Editor Richard D. Smyser, a de facto press release for the government.

The Oak Ridge Y-12 Nuclear Weapons Plant's evil works and pomps were proudly exposed by we band of brothers (and sisters) at The Appalachian Observer, 1981-1984, including winning U.S. Department of Energy declassification May 17, 1983 of the latest mercury pollution event in world history (4.2 million pounds), which ended up in creeks and groundwaters and workers' lungs and brains, resulting in billions of dollars for cleanup and compensation a/k/a "CONpensation without consequences "

Was this mercury pollution a sin, a crime, a tort or a war crime?  You tell me.

It all would likely have remained forever secret if our small alt-weekly did not compete with the :Chain Gang Journalism" of the dull Knoxville and Oak Ridge daily newspapers.


From The Oak Ridger, 323 word GateHouse story on new nuclear bomb, unadorned by any critical thinking or journalistic enterprise:

By Special to The Oak Ridger
Posted at 11:59 AM
OAK RIDGE, Tenn. — The Y-12 National Security Complex has completed a major milestone in efforts to refurbish components for a strategic nuclear weapons system described in a press release as vital to the U.S. nuclear deterrent.

Special to The Oak Ridger

OAK RIDGE, Tenn. — The Y-12 National Security Complex has completed a major milestone in efforts to refurbish components for a strategic nuclear weapons system described in a press release as vital to the U.S. nuclear deterrent.

This work is part of the B61 Life Extension Program (LEP), according to the news release from Consolidated Nuclear Security LLC (CNS), which operates Y-12 and the Pantex Plant in Amarillo, Texas. The B61 is a nuclear bomb that can be carried on several types of military aircraft. The B61 LEP will extend the life of this strategic weapon for 20 years.

Geoff Beausoleil, National Nuclear Security Administration Production Office manager, stated, “This milestone is critical to the modernization of the nuclear gravity weapon stockpile and ensures the safety, security and reliability of our national deterrent.”

Bill Tindal, CNS vice president and site manager, praised the teamwork that facilitated the early production of the unit.

“It took all parts of the factory working together to achieve this milestone ahead of schedule. By doing so, Y-12 has worked to ensure the success of this vitally important program,” he stated.

The next milestone for the program is shipment of eight nuclear pilot production units to the Pantex Plant in Amarillo, Texas, by March 2019. The recently certified unit is one of those eight. The first complete B61-12 weapon is on schedule for production by March 2020.
Posted by Ed Slavin at 9:14 PM