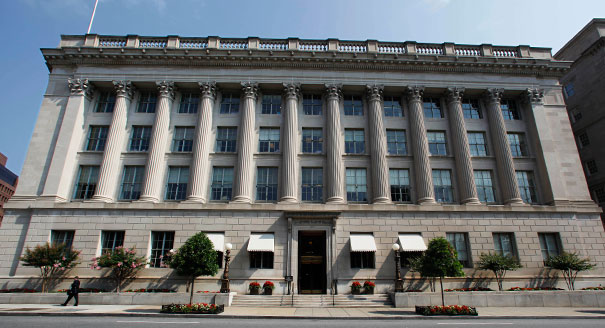 Chamber of Commerce sets its sights on our civil justice system
BY DAN DUDIS,
OPINION CONTRIBUTOR - 03/10/17 03:20 PM EST
The Hill

But the Chamber isn't content merely gutting critical public protections. Now it's set its sights on our civil justice system.

Multiple Chamber-backed bills have been introduced in the House of Representatives that would make it harder for consumers, investors and small businesses to hold corporations accountable for wrongdoing. The GOP is ramming these bills through without so much as holding a hearing.

These bills include H.R. 985, which would effectively end class-action lawsuits; H.R. 906, which would slow down the compensation of asbestos victims; and H.R. 1215, which would make it harder for patients harmed by doctors, hospitals and nursing homes to recover damages.

Among the Chamber's longstanding objectives is restricting access to the courts for individuals and small businesses harmed by corporate wrongdoing. One of the main ways it seeks to do this is by restricting class actions, as H.R. 985 would do.

Class actions allow individuals and small businesses who have suffered similar harms to band together and hold the responsible party accountable in court. Most critically, suing as part of a class action typically doesn't require an investment of time or money.

In addition to lobbying for legislation to restrict individual and small business access to the courts, the Chamber itself goes to court to argue that it should be more difficult for others to exercise this same fundamental right. It argues both to restrict class actions and to enforce forced arbitration clauses that prevent people from having their cases heard in court.

In a report last year, we showed that restricting access to the courts was the No. 1 issue the Chamber litigated in the courts — more than 110 times in a recent three-year period. And in a forthcoming report, we examine how the legal positions the Chamber advances would impact small businesses and pension funds, among others.

For example, the Chamber went to bat for BP in class action litigation related to the Deepwater Horizon oil spill. In this case, the Chamber argued to make it more difficult for the thousands of small businesses hurt by the largest oil spill in history to recover economic damages from BP.

Or consider the case born of the financial crisis, where the Chamber supported Goldman Sachs in class-action litigation brought by a pension fund. The pension fund alleged that it had been misled by Goldman and, as a result, had purchased mortgage-backed securities that soon lost much of their value.

Thousands of other investors had similar claims, yet again the Chamber argued that these investors shouldn't be allowed to sue together in a class action — rather, each should have to hire his or her own lawyer and bring individual suits, thereby adding both time and expense to the quest for justice.

Consider, for example, a situation in which a bank or cable company levies an unwarranted $50 fee against millions of customers. How many customers will spend the time and money necessary to recover this improperly levied $50 fee? Not many. And so that unwarranted $50 fee can represent tens — if not hundreds — of millions of dollars in revenue for unscrupulous corporations.

Class actions, because they don't require plaintiffs to invest time or money, represent the only effective way that consumers and small businesses can hold corporations accountable for this sort of wrongdoing.

And it is here that the whole picture comes together. The Chamber is seeking to make it harder for individuals and small businesses to use the civil justice system to hold corporations accountable for wrongdoing as it is simultaneously lobbying to weaken prosecution of corporate malfeasance by government prosecutors and regulators.

The Chamber's endgame is clear: What it really wants is corporate impunity. That is what will occur when both the public and the government are blocked from using the courts to hold corporations accountable.

Dan Dudis is the director of Public Citizen's U.S. Chamber Watch program.
Posted by Ed Slavin at 8:10 AM