Three cheers for the U.S. Supreme Court majority's decision allowing use of affidavits to impeach jury verdicts contaminated by the stain of racism. Stetson Kennedy would have been proud of this development. 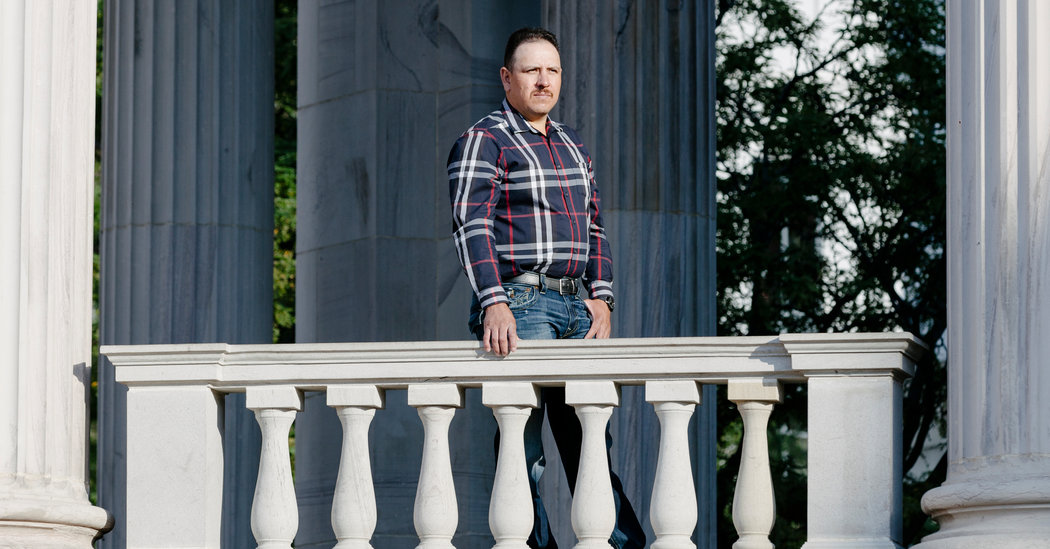 Miguel Angel Peña Rodriguez was convicted of three misdemeanors in a case in which a juror was said to have declared in the deliberations, “I think he did it because he’s Mexican, and Mexican men take whatever they want.” Credit Morgan Rachel Levy for The New York Times

WASHINGTON — The Supreme Court ruled on Monday [March 6, 2017] that courts must make an exception to the usual rule that jury deliberations are secret when evidence emerges that those discussions were marred by racial or ethnic bias.

The case arose from statements made during jury deliberations in a 2010 sexual assault trial. “I think he did it because he’s Mexican, and Mexican men take whatever they want,” a juror said of the defendant, according to sworn statements from other jurors submitted by defense lawyers after the trial was over.

The juror, identified in court papers as H.C., was a former law enforcement officer. After the trial was over, two other jurors submitted sworn statements describing what he had said during deliberations. “He said that where he used to patrol, nine times out of 10 Mexican men were guilty of being aggressive toward women and young girls,” one juror recalled.

“This is a startling development,” Justice Alito wrote, “and although the court tries to limit the degree of intrusion, it is doubtful that there are principled grounds for preventing the expansion of today’s holding.”

Justice Kennedy wrote that the usual tools to root out biased jurors — questioning during jury selection and reports from jurors before they render a verdict — are less effective when race is at issue. Pointed questions about racism may exacerbate tensions, he wrote. And jurors may be reluctant, he added, to accuse one another of insensitivity.

“Not every offhand comment indicating racial bias or hostility will justify” an investigation into jurors’ deliberations, Justice Kennedy wrote. “For the inquiry to proceed, there must be a showing that one or more jurors made statements exhibiting overt racial bias that cast serious doubt on the fairness and impartiality of the jury’s deliberations and resulting verdict.”

In dissent, Justice Alito countered that it would be difficult to limit the sweep of the ruling. He added that the court’s constitutional analysis was flawed. “The real thrust of the majority opinion is that the Constitution is less tolerant of racial bias than other forms of juror misconduct, but it is hard to square this argument with the nature of the Sixth Amendment right on which petitioner’s argument and the court’s holding are based,” he wrote. “What the Sixth Amendment protects is the right to an ‘impartial jury.’ Nothing in the text or history of the amendment or in the inherent nature of the jury trial right suggests that the extent of the protection provided by the amendment depends on the nature of a jury’s partiality or bias.”

In earlier cases, the Supreme Court has said that even egregious misconduct in the jury room cannot be used to challenge a conviction if it would require jurors to testify about what was said there. Until Monday, though, the court had never confronted whether racial or ethnic prejudice requires an exception to the general rule.

In 1987, in Tanner v. United States,the Supreme Court let stand convictions in a mail fraud case in Florida even though the jury had treated the trial as “one big party” fueled by “rampant drug and alcohol abuse,” as one juror described it. During recesses, jurors drank pitchers of beer and liters of wine, and they used marijuana and cocaine.

Justice Sandra Day O’Connor, writing for the majority, said there were good reasons to ignore “irresponsible or improper juror behavior” if it was based on jurors’ accounts of what had gone on in the jury room.

After-the-fact challenges based on jurors’ testimony, she wrote, would make it less likely that jurors would speak candidly during deliberations. Allowing such challenges would encourage lawyers to harass former jurors, she said, and undermine the finality of verdicts.

In 2014, in  Warger v. Shauers, the Supreme Court unanimously ruled that jurors may not testify about what went on during deliberations, even to expose dishonesty during jury selection.

But Justice Sotomayor, writing for the court, suggested that cases involving racial bias might require a different result. “There may be cases of juror bias so extreme that, almost by definition, the jury trial right has been abridged,” she wrote. “If and when such a case arises, the court can consider whether the usual safeguards are or are not sufficient to protect the integrity of the process.”

Monday’s decision addressed the question the court had deferred in 2014.

Miguel Angel Peña Rodriguez, who maintains that he is innocent, was convicted of harassing and trying to grope two teenage sisters in a racetrack bathroom. A defense witness testified that Mr. Peña Rodriguez was elsewhere at the time of the assault.

H.C., the juror said to have made the biased statements, was not persuaded by that testimony, according to a fellow juror. “He said he did not think the alibi witness was credible because, among other things, he was ‘an illegal,’” the fellow juror said.

The jury deadlocked on the most serious charge, a felony, but convicted Mr. Peña Rodriguez of three misdemeanors. He was sentenced to two years’ probation.

In Monday’s decision in Peña Rodriguez v. Colorado, No. 15-606, Justice Kennedy said the justice system must root out racial bias.

“The progress that has already been made,” he wrote, “underlies the court’s insistence that blatant racial prejudice is antithetical to the functioning of the jury system and must be confronted in egregious cases.”

Justice Alito responded that the majority’s motives were admirable but misguided, citing the 1987 decision. “The court’s decision is well-intentioned,” he wrote. “It seeks to remedy a flaw in the jury trial system, but as this court said some years ago, it is questionable whether our system of trial by jury can endure this attempt to perfect it.”
Posted by Ed Slavin at 4:35 AM