ROBERT LESTER McLEOD, II posted pejoratives on Facebook aimed at Historic City News publisher Michael Gold. McLEOD wrote, "In a time of great ignorance, you certainly are an MVP. Congratulations on using, once again, the guise of news, to spout your foolishness." McLEOD was responding to a mild editorial mentioning the March 3, 2017 DUI arrest of the wife of St. Johns County Sheriff's Deputy JEREMY BANKS by the Florida Highway Patrol.  This is not the first time this louche lawyer has posted pejoratives directed at First Amendment protected activity.  He and Sheriff DAVID SHOAR even attacked the O'Connell family for arranging for an independent autopsy.

Here's the editorial that ROBERT L. McLEOD, II overreacted to:

Drinking and driving Friday will take a life every 72-minutes
March 11, 2017 Editorials 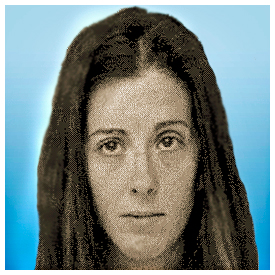 LINDSAY DEGLER
Next Friday, March 17th, $5.3 billion dollars will be spent celebrating St. Patrick’s Day 2017; that’s about $38 per celebrant according to a recent report from data provider WalletHub.

But a much higher price will be paid in human life; lost to, or forever changed by traffic crashes involving drunk drivers. And many drivers will end up like 35-year-old Lindsay Marie Degler of St Augustine; the wife of 30-year-old St Johns County Deputy Sheriff Jeremy Banks, who had to post a $1,000 appearance bond to get out of jail last Friday.

In the wee hours of Friday morning, March 3rd, Degler passed Trooper Kenneth Montgomery on North Ponce de Leon Boulevard driving 62 m.p.h. in a posted 45 m.p.h. zone. According to the arrest report, Degler was weaving and crossed the lane marker. At about 2:40 a.m., the trooper stopped her. Degler was said to smell of alcohol which got stronger as she spoke. Her eyes were watery, her speech mumbled, her face flushed, and she was unsteady on her feet, the report said. Degler admitted to have been drinking whisky before attempting to drive home.

By the time Degler took a breath analyzer, an hour later, she measured .058, and then, three minutes later, .059 g/210L. Since Degler had a breath-alcohol level more than .05 (but less than .08) Trooper Montgomery considered that evidence along with the video and field sobriety tests in determining that she was under the influence of alcoholic beverages to the extent that her normal faculties were impaired.

She must appear before Judge Charles Tinlin in Courtroom 216 at 9:00 a.m. on Wednesday April 5, 2017 to learn the consequences of those charges. Degler was also charged with failure to obey a traffic control, requiring a fine of $166, as well as operating her vehicle at an unlawful speed, requiring a fine of $256. She must pay those fines by January 2, 2018.

So, although 13 million pints of Guinness will be consumed worldwide on St. Patrick’s Day, if you intend to drink them (or Irish whisky) do not get behind the wheel of an automobile after you have.

We like our readers alive and well and don’t like personal injury lawyers, like Robert “Mac” McLeod, getting rich off of other people’s misery. Let’s let the leprechauns keep the wealth this St Patrick’s Day. Did you know that a leprechaun’s pot of gold, which could contain 1,000 gold coins weighing about 1 ounce each, is worth around $1.22 million dollars?

From the standpoint of cost, you can take an Uber ride from Boston, Massachusetts to Dublin, Ohio for only $3,762 — compare that to a total cost of about $24,000 for a DUI, or motor vehicle crash with a drunk driver.

(end of editorial)
-------------
My comments:
What are we to make of "MAC" McLEOD's latest angry outburst, posting on Michael Gold's website?
You tell me.
From FHP arrest report and St. Johns County Jail log:

Ms. Dengler posted a $1000 bond.
She spent only two hours and 43 minutes in St. Johns County Jail before being released at 6:54 AM -- possibly favoritism because did not have to wait to see judge for "first appearance," which would ordinarily be held at or about 8:30 AM, with defense counsel and Asst State's Attorney present.
FHP arrest report does list her home address, but jail log lists her address as the jail -- favoritism?
Did Deputy JEREMY BANKS bond her out and take her home?
Was her bond lower than other citizens accused of DUI might be charged?
She is listed as General Manager, Barley Republic, 48 Spanish Street
She says she drank whiskey at Prohibition Kitchen on St. George Street before her arrest
She waived arraignment and pled not guilty.
Her case is assigned to Judge Tinlin, April 5, 2017, 9AM hearing set
FHP has video.
Ms. Dengler is entitled to the presumption of innocence and a fair trial.
Her lawyer is none other than ROBERT LESTER McLEOD, II, who is also representing her husband, St. Johns County Sheriff's Deputy JEREMY BANKS in his SLAPP lawsuit against FDLE and Special Agent Rusty Ray Rodgers over his handling of the Michelle O'Connell shooting death investigation.
Posted by Ed Slavin at 7:24 PM

I feel like that article took a really weird turn.

So it starts off like a public service announcement about St. Patrick's Day and drunk driving. Based on the headline and not knowing who Lindsay Degler is, I thought this story was going to be about her death at the hands of a drunk driver and a message about thinking twice before going behind the wheel.

Then it turned into a story about Lindsay getting pulled over for driving under the influence, and how expensive dealing with that is. I think that's a weird thing to focus on, personally - the real cost of drunk driving is ruined lives.

Then, outta nowhere, comes "we don't like personal injury lawyers, like Robert 'Mac' McLeod" - hold on - I thought this was a PSA about why you shouldn't drink and drive? Why is this guy being brought up? We went from "drunk driving kills people" to "this one drunk driver has to go to court" to "I don't like Robert McLeod."

Now that I know more about the connections between McLeod, Banks, and Degler, I'm convinced Michael Gold really just wanted to write how he doesn't like Robert McLeod, and worked his way backwards. I'd much rather have him just be straightforward in what the article's actually about, rather than try to dress it up as a PSA.

That said, I think Robert McLeod should have just not responded, or responded as I did - describe how the article takes these weird turns and leaps. I am not a lawyer, but I'm pretty sure in this kind of situation the best response is no (public) response.

No, it is NOT an article. It is an EDITORIAL, using local examples to make the point.

I don't understand the confusion.

I can't and don't speak for who Mike Gold likes or doesn't, but he is as the editorial writer entitled to express his opinions. THAT is editorial writing. Mike is very adept at it. Thus all the hub-bub.

Thanks for running this, Ed!

I don't understand how I'm confused. Take my comment and replace "article" with "editorial," if you want. I think that's nit-picking though.

If this was an editorial on drunk driving, I think he could have found a different local example of why drunk driving is bad. This example is "somebody got pulled over and fined," I think being worried about a fine is not a good reason to avoid drinking and driving - you should avoid drinking and driving because you're putting your own and others lives at risks. And again - what on earth does that particular lawyer have anything to do with anything else in the editorial? Why bring him up at all?

He's free to run editorials (and I don't see where I said otherwise), and I'm free to critique them. I think it's a bad editorial, and I disagree about Mike being particularly good at writing them.