New Secretary of the Interior, Ryan Zinke, Rejects Privatization of Our Public Lands

Will our new Secretary of the Interior Ryan Zinke help with St. Augustine National Historical Park and National Seashore?
Yes he can! Unabashed admirer of Theodore Roosevelt. The National Park and Seashore will help protect us from coastal erosion and secure protection of our history and nature here in St. Augustine and St. Johns County. First proposed in 1939 by Mayor Walter Fraser, Senator Claude Pepper, et al., it's time and it's right. www.staugustgreen.com 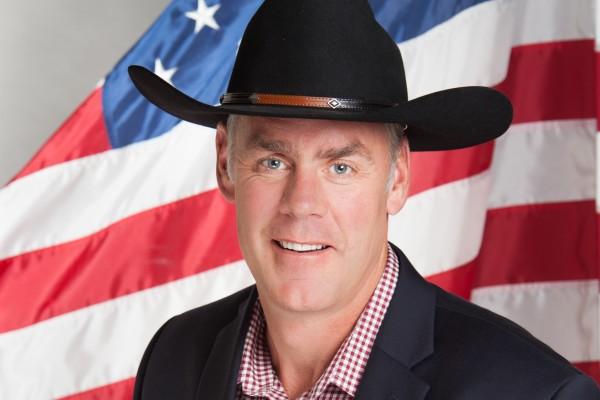 He Will Soon Run a Fifth of the Nation. Meet Ryan Zinke.
By JULIE TURKEWITZ
MARCH 1, 2017

WHITEFISH, Mont. — As a child in this town at the edge of the Continental Divide, Ryan Zinke cut his own trails through alpine forest, swam laps in Whitefish Lake and hiked the snow-packed paths of nearby Glacier National Park.

Later, as an Eagle Scout, he traced how railroad oil spilled into the Whitefish River and watched as a single spark set that waterway on fire. “The project,” he wrote in his 2016 book, “promoted a lifetime of conservation values.”

President Trump has tapped Mr. Zinke, 55, a House member and fifth-generation Montanan who grew up in this timber-and-tourism community, to be secretary of the interior. He was confirmed by the Senate on Wednesday by a vote of 68 to 31.

The position puts Mr. Zinke in control of 500 million acres of United States land — roughly a fifth of the nation — and charged with balancing the department’s contradictory duties of conserving land and mining it for resources at a time of intense pressure from energy producers, environmental activists, state lawmakers and his own boss, who made fossil fuel jobs a crucial part of his campaign platform.

Mr. Zinke’s portfolio includes not only the country’s 59 national parks but also millions of acres rich in coal, oil, timber and natural gas, as well as the management of land and services for 567 native tribes.

Here in the West, where officials like to say the interior secretary’s power is second only to that of the president, many are training a careful eye on Mr. Zinke’s past, searching for clues to how he will chart their future. While he has cast himself in an uncommon role — a conservative conservationist — his critics say he is less of a friend to the environment than he would like to think.

“I want to be optimistic, because he’s a Westerner,” said Chris Schustrom, 49, a Whitefish resident who was the ball boy for Mr. Zinke’s 1979 state championship football team and is now Montana chairman of the nonprofit conservation group Trout Unlimited.

“Ryan, he’s always called himself a Teddy Roosevelt Republican,” Mr. Schustrom said. “But his record has been inconsistent.”

Westerners angered by land restrictions are hoping that Mr. Zinke will help them peel back Washington’s grip on public acres. For miners, ranchers and politicians in resource-rich regions, the Obama years were a rough ride. President Barack Obama blocked new coal leases, imposed moratoriums on uranium drilling near the Grand Canyon and set aside 553 million acres for national monuments, more than any other president. 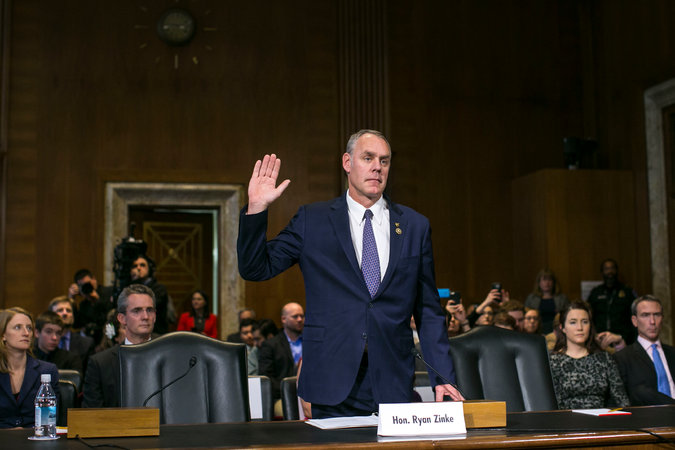 “I could not be more thrilled that Donald Trump selected him,” said Representative Jason Chaffetz, Republican of Utah, who has tried to transfer millions of acres of public lands out of federal control.

Mr. Chaffetz cited a stop he had made the day before in Emery County, Utah. “We talked about: ‘The war on coal is over. We’ve got friendlier, greener pastures ahead of us.’ And there is a great deal of optimism and smiles on people’s faces that we haven’t seen in years.”

Mr. Zinke (pronounced ZINK-ee) spent his childhood fishing cutthroat trout from Good Creek with his stepfather, John Petersen, and hitching joy rides on train car ladders, a habit he called “hooky bobbing.” His high school voted him class president three times, and he guided the Whitefish Bulldogs football team through an undefeated season during his senior year. At the time, Whitefish was still a one-stoplight town.

It was in Whitefish and as a Boy Scout, he has recounted, that he developed his admiration for Roosevelt, who put aside 234 million acres of protected land, saving redwoods and ancient rock formations even as detractors harped that the president imperiled states’ rights and hampered economic growth.

“I am an unapologetic admirer of Teddy Roosevelt,” Mr. Zinke said at a January nomination hearing before the Senate Energy and Natural Resources Committee, where he evoked Roosevelt on 10 occasions. “I fully recognize and appreciate there are lands that deserve special recognition and are better managed under the John Muir model of wilderness, where man has a light touch and is an observer.”


After college, at the University of Oregon, Mr. Zinke joined the Navy SEALs, serving for 23 years and solidifying a disdain for leaders he called “desk jockeys” who directed policies from Washington offices. In his 2016 book, “American Commander,” he wrote that front-line fighters were the ones best equipped to make decisions about everything from the battlefield to land management.

Mr. Zinke entered politics in 2009, serving two terms in the Montana Legislature, and became the state’s at-large representative in the United States House of Representatives in 2015. He splits time between Washington, Whitefish and Santa Barbara, Calif., the hometown of his wife, Lola. He has three adult children: Wolfgang, Konrad and Jennifer.

In office, Mr. Zinke has repeatedly said he is against the transfer of federal lands to state hands, bucking Republican colleagues who say Washington controls too many Western acres. In 2016, after federal land transfer was added to the Republican platform, he resigned as a delegate to the party’s national convention.

He has campaigned for more money for the Land and Water Conservation Fund, which uses energy royalties to preserve outdoor space. And in his nomination hearing, he disputed Mr. Trump’s claim that climate change is a hoax. Some hope that means he will focus on the effects of shifting temperatures, which have altered and stressed everything from the crucial Rocky Mountain snowpack to the habitat of a rabbitlike mammal called the pika.


“When my family and I have eaten lunch on Grinnell Glacier, the glacier has receded during lunch,” he said of Glacier National Park, where the number of ice sheets has dropped to 25 from 150 in 1850. “Climate is changing; man is an influence. I think where there’s debate on it is what that influence is, what we can do about it.” 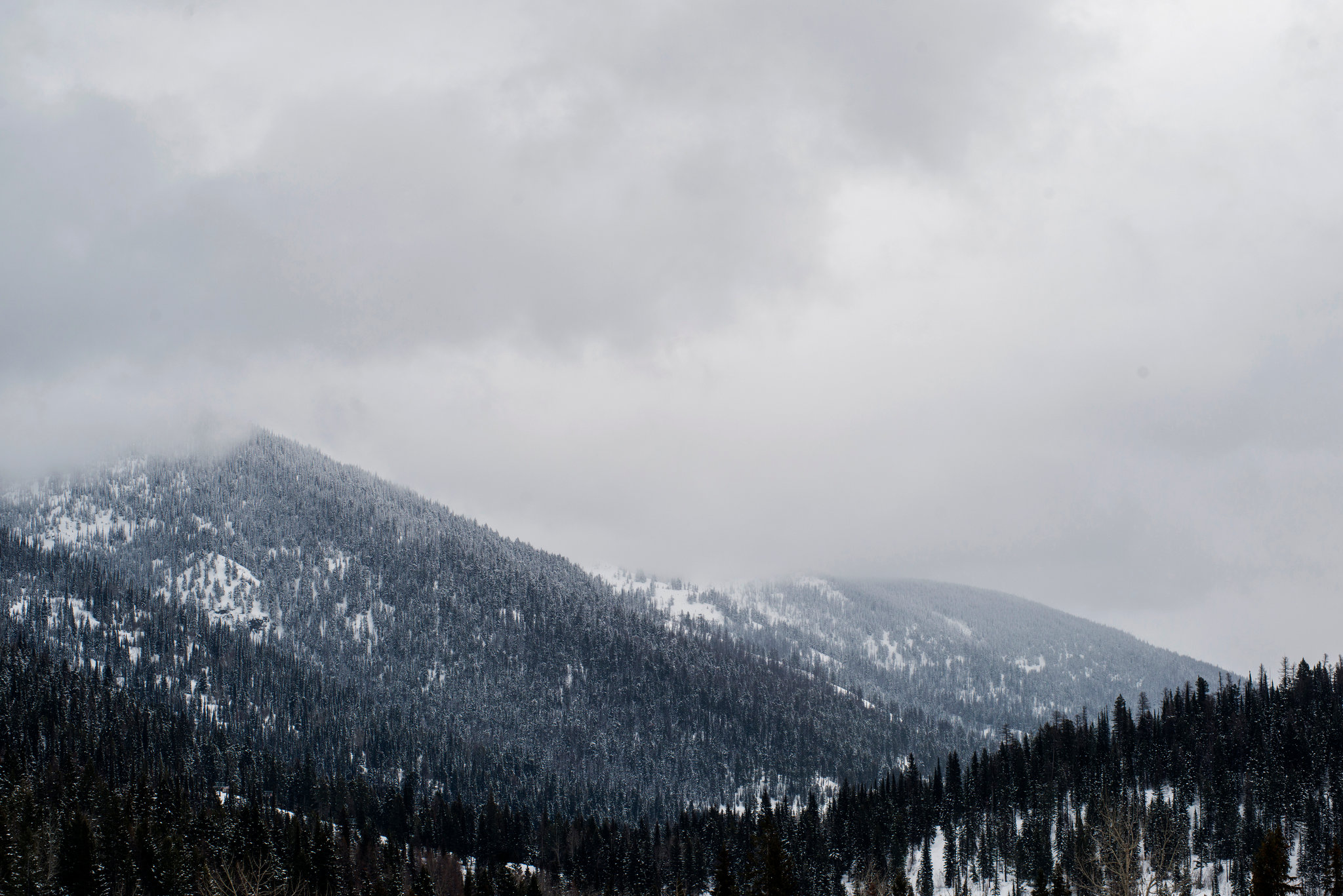 Storm clouds gathering in Whitefish, Mont. It was in Whitefish and as a Boy Scout, Mr. Zinke says, that he developed his admiration for President Theodore Roosevelt. Credit Lido Vizzutti for The New York Times

Mr. Zinke’s critics, however, point to policies they call “far from Rooseveltian.”

He has a 4 percent lifetime score from the League of Conservation Voters, and oil and gas companies have donated nearly $350,000 to his campaigns. He is a strong supporter of coal — “we are not going to power our nation on pixie dust and hope,” he told a local crowd in 2014 — and has pushed to end Mr. Obama’s moratorium on new coal leases.

More recently, he held listening sessions for a bill that would overhaul the Antiquities Act by requiring approval from local residents before a president designates a national monument. Roosevelt signed the 1906 law, and presidents have used it to push through unpopular preservation projects.

And on Jan. 3, Mr. Zinke voted yes on a package that included a rule that would make it easier to transfer public lands out of federal hands.

In some Whitefish circles, that set alarm bells clanging. “It seemed to contravene, to contradict, his stance that public lands are sacrosanct,” said Richard Hildner, 71, the deputy mayor.

As secretary, Mr. Zinke will face several challenges, including a $12.5 billion maintenance backlog at national parks; ecosystems and budgets ravaged by drought and fire; environmental activists invigorated by the highly public protest of the Dakota Access pipeline; tattered relations between Interior Department employees and local communities; and a president whose job promises may hinge on his ability to push fossil fuel projects through the door.

It is expected that Mr. Trump will push the interior secretary to restart drilling off the Alaskan and the Atlantic coasts, which Mr. Obama had blocked through 2022. Mr. Obama made the decision to close off the Atlantic drilling after residents from hundreds of coastal cities and towns, from Richmond, Va. to Charleston, S.C., passed resolutions opposing it.  [Ed's note: Florida cities and counties, including our St. Augustine and St. Augustine Beach City Commissions, too!]

Opening the waters off tourist towns like Myrtle Beach, S.C., to drilling could reignite protests.

At the same time, Mr. Trump’s 2018 fiscal blueprint calls for a steep 11 percent cut to the Interior Department’s roughly $13 billion annual budget. The White House is expected to push for most cuts to come from the Interior Department’s Fish and Wildlife Service, which designates endangered species. Yet the office is under a court order to determine whether more than 500 species of animals and plants qualify as endangered.

An early point of contention will be Bears Ears National Monument in Utah, a vast canyon region set aside for protection in late December by Mr. Obama, using the Antiquities Act. Some conservative lawmakers hope that Mr. Zinke will push Mr. Trump to overturn that decision, which they say will hurt the local economy.

But no president has ever undone the wilderness protections designated by a previous president under the act.

“He’s going to be moving into uncharted territory if he does that,” said Eric Washburn, an expert on Interior Department policies at Bracewell, a Washington law firm.

In his testimony before Congress, Mr. Zinke said he would visit Utah and make a recommendation, adding that his general view was that if local lawmakers oppose a monument, “we should defer a lot of that to the state.”