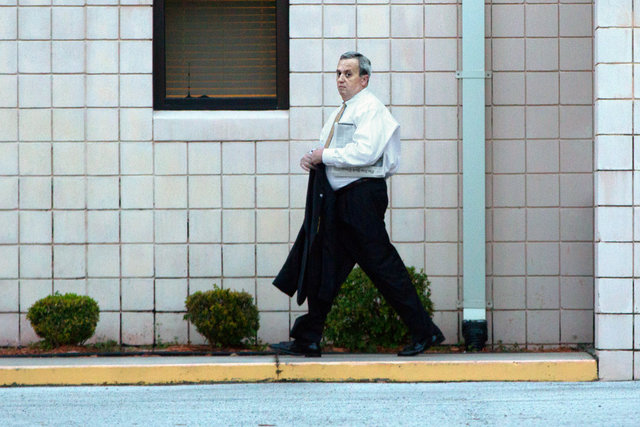 As the Jacksonville Sheriff’s Office continues to solicit public feedback on its pending body camera program, a new national report mirrors the concerns that city residents have raised here.

The demands of civil rights leaders and those at town hall forums reflect an underlying suspicion that the Sheriff’s Office will land on a policy that offers too many protections to officers and not enough transparency for citizens. On Wednesday, a report by the National Association of Criminal Defense Lawyers laid out guidelines for crafting body camera policies that echo many of the concerns shared at the town hall forums so far.

At both forums (sic)(plural of forum is "fora"), attendees asked whether officers would be allowed to turn their cameras off and on at their own discretion and whether they could view body camera footage before writing a report, which is a protection not afforded to citizens. The Sheriff’s Office has yet to indicate which way it is leaning on either policy decision.

Sheriff’s Office senior spokeswoman Lauri-Ellen Smith said the agency would “review the recommendations of the NACDL, as part of the important feedback we are gathering and receiving from many stakeholders on this issue.”

“Likewise, we will have guidance from legal counsel, Florida statutes, and the recommendations of the Department of Justice,” Smith said, “and all will be factors resulting in our policy and operational orders, and training.”

Fraternal Order of Police 530 President Steve Zona declined to comment on the report or its policy proposals, but said in a statement that he looks forward to working with Sheriff Mike Williams to implement “a sound policy for the community and our members.”

“Politics and emotion-driven agendas will not change this process,” he said.

The union, which supports body cameras, has filed a complaint with the state agency that settles union disputes, arguing that it is entitled to a round of collective bargaining over the new equipment. Williams has taken the opposite position. The state agency has scheduled a public hearing for April 6 to hear the union’s unfair labor practice complaint, Zona said.

Gary E. Lippman, a former Florida police union lawyer who has written extensively on body camera policy, took issue with the makeup of the NACDL’s task force, saying it didn’t include any active patrol officer or police union representatives, only retired police leaders.

Lippman said that the recommendation of not allowing officers to review body camera footage before writing a report — a demand of several town hall attendees — is “designed to preserve the ‘gotcha’ opportunity for defense counsels to impeach police officers, often on collateral, extraneous things captured on video that the officer didn’t see or didn’t recall.”

He said that is done in order to undermine an officer’s credibility or create reasonable doubt. In other words, the job of a criminal defense attorney.

The lack of clarity on where the Sheriff’s Office might be leaning as far as policy considerations has fed into a growing anxiety among civil rights leaders that their voices are not being taken seriously. Members of the public have raised similar questions at the town hall forums so far.

“As a child, I was told that I never liked the pacifier,” Karen Simmons-Spanish said at a town hall forum on Tuesday, “I would spit it out.”

Simmons-Spanish, like the vast majority of those who have attended the town hall forums thus far, is black. She said she had “concerns that this is somewhat of a pacifier.”

“I don’t know, as a citizen, what part of my input is going to influence this process,” she said. “How can I make a difference? That’s what I want to know.”

The Sheriff’s Office has said that it is taking diligent notes at the town hall forums, and promised to take the public’s input to heart when crafting the policy. But it hasn’t articulated just how much weight will be given to the feedback it receives.

Ben Frazier, spokesman for the Southern Christian Leadership Conference, said the top priority of civil rights leaders in the city is to have a task force or some other vehicle to guide policy other than a town hall forum.

Frazier referenced what he called a historic meeting between the sheriff and the city’s three major civil rights groups — the SCLC, the National Association for the Advancement of Colored People, and the Jacksonville Urban League. He described it as a squandered opportunity for the sheriff to come away with a joint agreement between all groups to develop body camera policy in public.

“The sheriff is not grabbing the bull by the horns,” Frazier said. “He’s opted instead for photo ops with black pastors standing behind him, but he’s not giving them anything to shout ‘Hallelujah’ about, or say amen.”

The Sheriff’s Office has held two of six body camera town halls so far. The next meeting will take place on April 11 at Florida State College of Jacksonville’s south campus.

• Clear and strictly enforced policies must establish when body cameras will be recording so that the decision of when to record is not left to the discretion of individual police officers.

• Video must be stored for a sufficient time to allow the accused to obtain evidence that is exculpatory or may lead to the discovery of exculpatory evidence.

• Arrested individuals and their attorneys must be given prompt access to all body camera video pertaining to a case.

• Policies must be crafted and equipment must be designed to minimize concerns with the misinterpretation of video.

• Police officers should not access body camera video before preparing their initial reports.

• Policies must prohibit the use of any biometric technologies in conjunction with body cameras.

• Video must not be later viewed to search for additional crimes or take other punitive action against an individual.

• Adequate resources must be available to ensure ongoing officer training on body camera use.

• Sufficient resources must be available to ensure that counsel are appropriately trained and that appointed counsel have adequate time and access to experts necessary to render effective assitance of counsel.

• An independent, non-police agency must retain and control access to body camera footage.
Posted by Ed Slavin at 11:00 AM