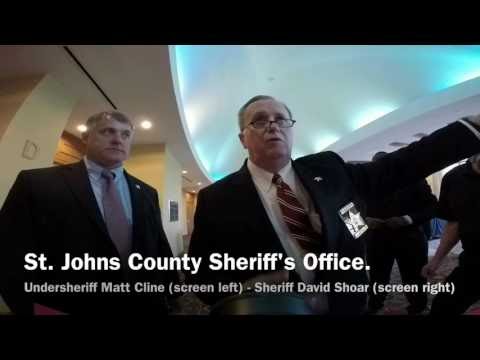 Posted May 11, 2017 05:16 am
By THE RECORD
Shoar receives lifetime achievement award for mental health efforts

The award, according to a news release from the Sheriff’s Office, is awarded each year to a mental health professional, organization or community leader who provides exemplary service to those living with a mental illness.

Shoar, the release said, was nominated because of his efforts in support of the Behavioral Health Consortium and his work to secure a local detox center and residential substance abuse program. He also put a substance abuse program in place in the jail to provide inmates with intervention and treatment prior to their re-entry into the community.

Denise Marzullo, president and CEO of Mental Health America of Northeast Florida, told The Record on Wednesday that Shoar was also selected for his efforts in putting together a Crisis Intervention Team to ensure that “officers are educated about mental illness and know how to respond appropriately when they encounter someone who has a mental illness.”

Shoar accepted the award on behalf of his agency.

“I am certain there are many that are far more deserving than I to receive this recognition, although I am deeply humbled to be the recipient of this honor,” he said. “There are many others who have contributed greatly to assisting those in crisis, so I want to accept this award on behalf of our local law enforcement personnel who willingly respond and make a difference for these individuals every day.”
Posted by Ed Slavin at 8:04 AM