No-Alcohol St. Augustine Beach Concerts Begin Tonight?; Will There Be ADA Compliance, Too? 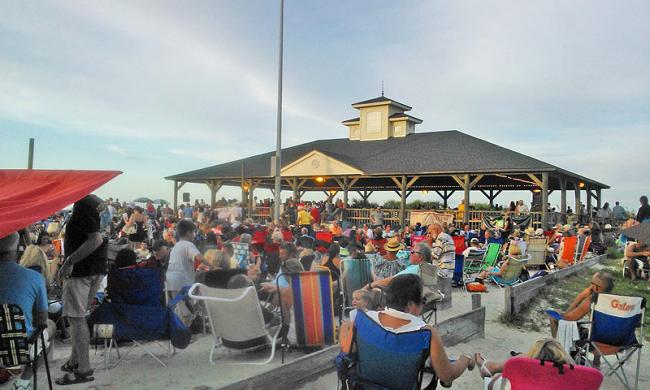 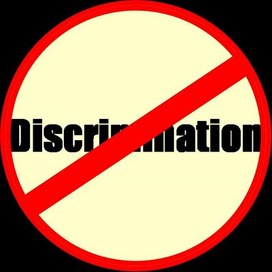 After years of louche lackadaisical lax local law enforcement desuetude, tonight begins the first ever alcohol free Concerts by the Sea (maybe)(there's rain in the forecast).

County Beach Code, section 19, prohibits alcohol without permits. There have never been any permits.

The illegal influence of SABCA President and Sheriff's Civil Process Supervisor WILLIAM JONES is waning. While "rank has its privileges," the privileges obtained by this rank obscenity -- illegal alcohol use without permits -- potentially risk vehicular homicides in DUI wrecks from cars leaving the pier after drivers drank too much alcohol.

The enforcement of alcohol laws will begin at St. Augustine Beach Pier tonight. No permits, no alcohol, says County Attorney Patrick Francis McCormack in an e-mail, after legal research.

Will SABCA seek a permit?

Or does SABCA reckon itself above the law, Republican Lords of All They Survey, protected by Almighty St. Johns County Sheriff DAVID BERNARD SHOAR, whose name was changed by court order from his original "HOAR" in 1994. That SHOAR. The one who covered up the September 2, 2010 shooting death of Michelle O'Connell in the home of St. Johns County Sheriff's Deputy JEREMY BANKS, subject of a PBS Frontline documentary and New York Times investigations. Yes. Sheriff SHOAR/HOAR looked the other way for years because his employee JONES was in charge.

The Equal Protection clause of the United States Constitution requires that SABCA comply with the same laws as everyone else.

SABCA functioned for years as a 501c4, doling out its support and opposition to candidates and cause in a vengeful fashion, SABCA is coming under scrutiny.

SABCA fails to provide portable toilets, unlike other events drawing hundreds or thousands of people, at Pier Park, which has small bathrooms that the county illegally closes at 8 pm at a pier that is open 24 hours a day.

No one is ticketed or towed for ADA violations involving SABCA, thanks to JONES.

Tonight's concert will test whether local law enforcement will enforce the law.

Tonight's concert will test whether we live in a democracy or dictatorship.

While beachgoers with a beer are subject to arrest, persons attending the Concerts by the Sea were given protection under St. Johns County rules -- bad law and bad sociology, once mocking law and order, showing the world that there is not equal law enforcement here.

No longer must ROBERT AND ANDREA SAMUELS (a/k/a "CUPCAKE"®*) and their effusive, abusive frontman, Sherif's Civil Process Supervisor and SABCA President WILLIAM JONES function as bosses of the beach, having people arrested (ask William Rosenstock), spreading rumors and Lashon hara, and generally acting as the ungracious hosts of what some view as a public nuisance -- alcohol fueled concerts by the sea, held in violation of Florida state and local alcohol laws and in violation of federal disability discrimination laws.

Enough flummery, dupery from the SAMUELS, JONES and other hick hacks. 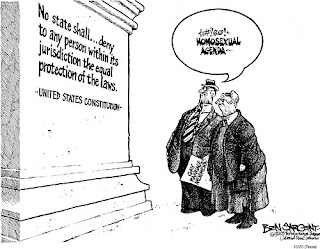 Good post Ed! And a hat tip to Merrill Roland!

Clearly you have never been to a Music by the Sea concert. This is part of our SAB culture. I can not understand why you insist on name calling to make any kind of point. It is disingenous and you lise any sense of credibility when your focus is pure nastiness. Residents attend these concerts after working all day (all my friends and most people I see) and enjoy music dinner and yes alcohol. I have never seen one incident in all the years Ive been going. If you could put your anger aside for a minute and just sit and enjoy yourself, the beautiful night and relax--you might start to understand why we residents cant wait to get home from work Wednesday evenings!

I've been to at least five SABCA concerts.

My enjoyment is marred by ANDREA SAMUELS' blaring in my ear about people she hates (the list is long).

Went there to have a good time, and did, until ANDREA SAMUELS started accosting me with her petty feuds, against Undine Pawlowski George, J. Kenneth Bryan, and other elected officials.

All that SABCA needs to do is get a permit and comply with the law.

Developers and their allied special interests invested $189,000 to avoid and evade some $150,000,000 in impact fees and property taxes -- a Return on Investment (ROI) of 33,200%. Were SABCA members polled before SABCA wrote the check?