SHEAMUS JOHN McNEELEY, a 28 year old Florida National Guardsman, was the "cutout.' In his own name, this Republican apparatchik -- whose officers refuse to answer questions -- rented our Florida National Guard Mark Lance Amory in his name for the bargain price of $199.68 for Election Night 2016 (plus $150 cleanup fee and $15/hour Armory Representative fee.

Tongue-in-cheek, SHEAMUS McNEELEY wrote in one word as the purpose of the rental, "Rental."

No one questioned SHEAMUS' shameless prevarication, or "terminological inexactitude," in the words of Sir Winston Spencer Churchill.

Guard Records reflect that SHEAMUS was the renter for the "rental" for the purpose of "rental."

But St. Johns County Election Commission records show the Republican Executive Committee reports a different story:  REC says it paid $270 for the rental of the National Guard Armory, while some of the party attendees paid $15 per person, with the party running out of food and drink and expenditures exceeded contributions, except: cocktails were sold for $3 (cash bar).

Where's the money?  It is not reflected in filings with the Supervisor of Elections? Wonder why?

Violating DoD laws against partisan events in National Guard Armories, did SJCREC conspire with the Guard to violate DoD laws and a Hatch Act violation by using McNEELEY as a frontman?

Did anyone bother to get a liquor license?

No responses from SJC REC, McNEELEY or the Flori-DUH National Guard, whose General Counsel and HR Director did not reveal his rank or duties.

SHEAMUS JOHN McNEELEY ran and then withdrew from the race in 2015 in the Special Election to nominate the Republican candidate for Florida House of Representatives District 24 (won by carpetbagging Jacksonville lawyer PAUL RENNER, who ran and lost narrowly for a Jacksonville House seat in 2014).

WISH UPON A FRIEND, INC, a supposed nonprofit corporation incorporated by AUNDRE MATHEWS, Legalzoom,com on May 25, 2012 and voluntarily dissolved on January 30, 2013, formed with KIMBERLY ANN RAISER and KRISTIN LEIGH SCHNEIDER, at 3837 ARROWHEAD DRIVE, SAINT AUGUSTINE, FL 32086.

Senator Bernie Sanders (I-VT) planned a speaking engagement at a West Virginia National Guard Armory in February 2017, only to have it cancelled abruptly. Why?  Because it ran afoul of DoD law. Yet here in Governor RICHARD LYNN SCOTT's Flori-DUH, without any concerns being raised by Florida National Guard lawyers, two (2) Republican parties were held in the National Guard Armory.

Perhaps the U.S. Office of Special Counsel and the Inspector General of DoD will initiate federal criminal, civil and administrative investigations of the Florida National Guard for violation of federal laws, including the DoD law and the Hatch Act. Here's the article on the West Virginia National Guard's canceling Senator Sanders' speaking engagement in Welch, W.Va.

So let me get this straight: a respected United States Senator who formerly chaired the Senate Veterans Affairs Committee, who did so much for our veterans, gets publicly embarrassed by DoD and the West Virginia National Guard, banned from a National Guard Armory in McDowell County, West Virginia.

But right here in St. Augustine, where the Florida National Guard is headquartered in Our Nation's Oldest City, the Florida National Guard witnessed, permitted and facilitated a November 8, 2016 (Election Night) Republican Party, using a guardsman as the putative rental for "rental," with no question about politicization of our Armory. When I requested records, I was treated disdainfully, told the record keeper for the armory was out of town and other examples of malarkey from MAJOR TERRENCE A, GORMAN, the General Counsel of the Florida National Guard, who identifies himself as "Airborne."

My father enlisted in the Pennsylvania National Guard in the 1930s; he loved riding horses.  He later served in the 82nd Airborne Divn., F Co., 505th P.I.R., with three combat jumps in North Africa, Sicily and Normandy.  The South Jersey Chapter of the 82nd Airborne Divn. Assn. is named the "CPL Edward A. Slavin Chapter" for my late father, who was awarded three Bronze stars, but modestly told me when I learned of it, "they gave one to everyone who jumped."  My father taught me that if you don't stand up to people with power, they walk all over you.  My Dad was the "morale non-com" as well as a de facto union steward for his fellow paratroopers: he taught me what an Inspector General can do to protect soldiers' and other peoples' rights.  This one's for you, Dad! 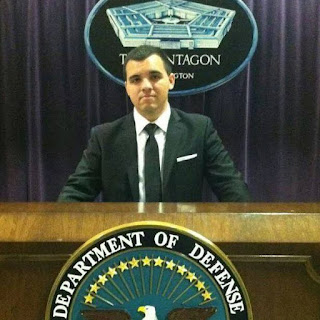 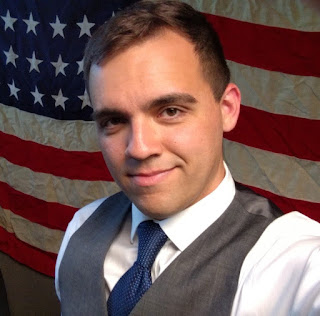 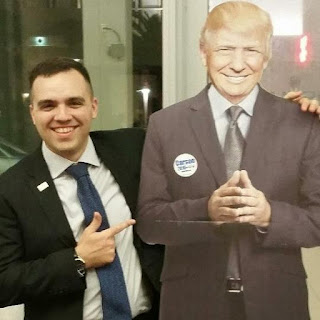 FNG PAMPHLET 210-4 1 January 2015
The Renter is responsible for furnishing proof of such security arrangements, within established local law enforcement guidelines or recommendations, to the Post Commander prior to commencement of the function."
d. The Renter agrees to pay promptly all taxes, levies, assessments or other charges required by any governmental agency, including Florida Sales Tax, if due on the rental charge herein. Only Renters with tax numbers ending with the letter C will be tax exempt.
e. The Renter agrees to comply with the provisions of the Civil Rights Act of 1964 and National Guard Regulation NGR 600-23, dated December 1974, "Nondiscrimination in Federally Assisted Programs," in connection with its use of the above described space and facilities. Admission, participation, seating of participants and spectators and the use of all of the leased facilities during the exhibit, competition, entertainment, or other public events conducted or sponsored by the Renter under this contract shall be without regard to race, color, religion, sex or national origin. Any person who is not a member may be denied admission whenever attendance at the event for which the facilities are leased to the membership of a particular organization or organizations and all members are excluded without regard to race, color, religion, sex or national origin.
f. The Renter shall not allow any alcoholic beverages to be sold or distributed in or upon any part of said premises, except as provided by Florida Statutes 561 and local laws.
(1) Pursuant to Florida Statutes 561.01(9), the armory shall not be rented to any business, organization or person who’s intent is to sell alcoholic beverages, collect
a cover charge/entrance fee and provide attendees free alcoholic beverages or hold an event where attendee’s are able to bring alcoholic beverages into the armory.
(2) Nonprofit civic organization may obtain a permit from Florida’s Division of Alcoholic Beverages and Tobacco and rent the armory with the intent of selling alcoholic beverages as provided by Florida Statutes 561.422 (listed below). A copy of the permit must be provided before the date of the rental.
561.422 Nonprofit civic organizations; temporary permits.
Upon the filing of an application and payment of a fee of $25 per permit, the director of the division may issue a permit authorizing a bona fide nonprofit civic organization to sell alcoholic beverages for consumption on the premises only, for a period not to exceed 3 days, subject to any state law or municipal or county ordinance regulating the time for selling such beverages. Any such civic organization may be issued only three such permits per calendar year.
Notwithstanding other provisions of the Beverage Law, any civic organization licensed under this section may purchase alcoholic beverages from a distributor or vendor licensed under the Beverage Law.