Florida Supreme Court overturned a Hillsborough County sales tax adopted by voters because of detailed spending instrutions that violated Florida Constitution.   Their County Commission has placed $562 million in illegally collected taxes in escrow -- issue on refunds now in the courts. From WTSP:

In November 2018, Hillsborough voters approved the 30-year, one-cent increase in the county's sales tax to specifically pay for transportation improvement. 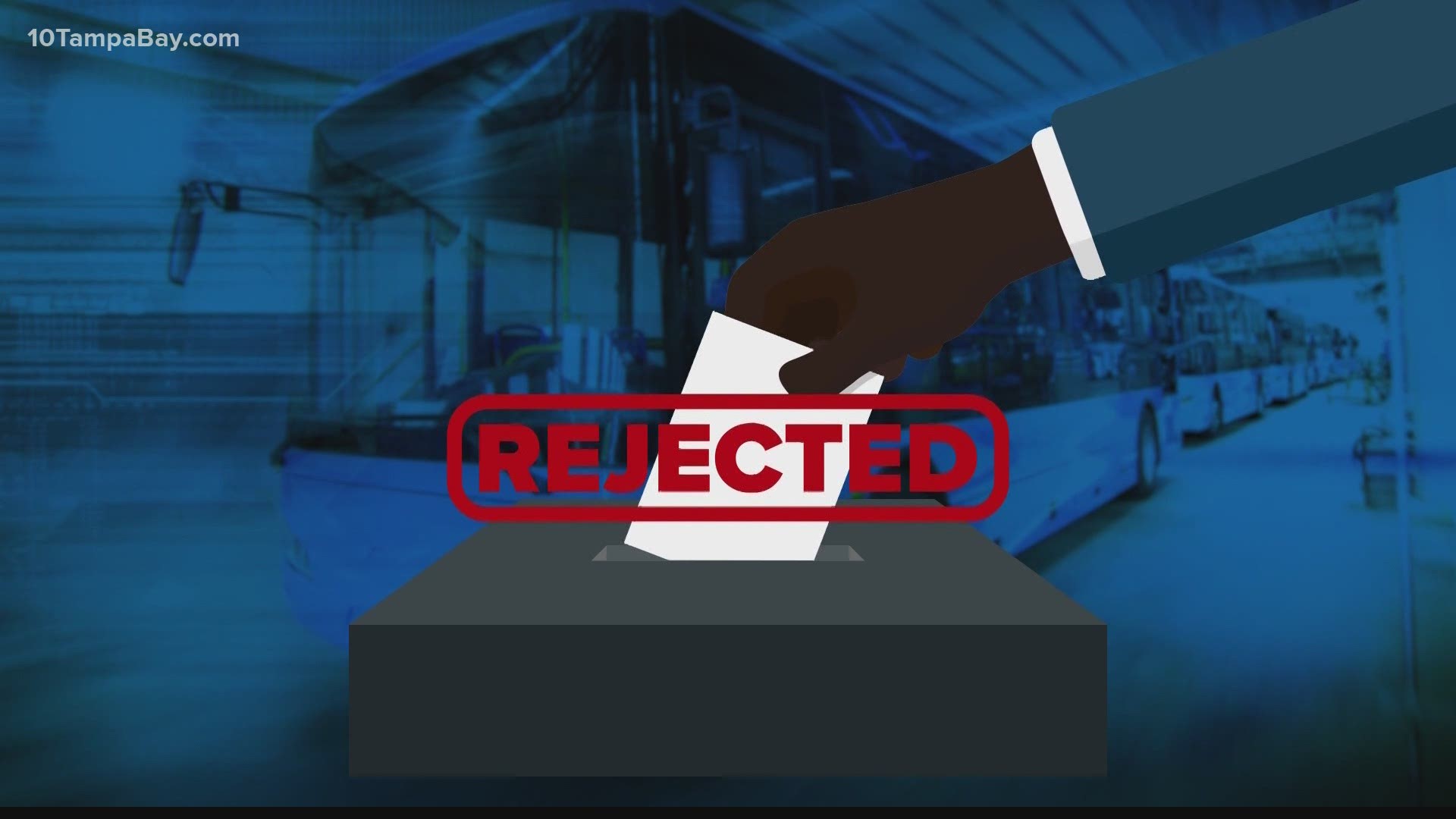 TAMPA, Fla — Two years after a lawsuit challenging the Hillsborough County one-cent transportation tax was filed, the Florida Supreme Court struck it down.

In an opinion posted Thursday, Florida's Supreme Court said the way the amendment restricted where the money brought in by the tax could be spent was unconstitutional.

In November 2018, Hillsborough voters approved the 30-year, one-cent increase in the county's sales tax to specifically pay for transportation improvement. Then, in December of that year, Hillsborough County Commissioner Stacy White filed a lawsuit challenging that tax.

In his 2018 lawsuit, White argued the tax would take power away from the County Commission, making it unconstitutional.

“This is a fundamental governance issue,” said White in 2018. “This is about the little guy in Hillsborough County because what we’ve seen with this referendum is perhaps a select few attempting an end-around (past) the people’s duly-elected officials.”

The citizen-led All for Transportation group, backed the tax in 2018, saying county commissioners were not doing enough to address the county's transportation problems.

On Thursday, All for Transportation weighed in on the Supreme Court's decision, saying it would make the county's transportation issues worse.

“As Hillsborough County continues to grow, the court’s ruling deprives residents of the necessary transportation investment that they voted for two years ago.," said All for Transportation Co-Chair Tyler Hudson.

According to the Hillsborough County Clerk of Court, the tax has already collected more than $500 million in the last two years.More than $226 million was allocated for HART, $200 million to the county commission, $60 million to the City of Tampa, $6 million to Plant City and $4 million to Temple Terrace.Mayor Jane Castor weighed in on the saga, saying in a statement: “Tampa voters overwhelmingly voted for and passed All for Transportation. Although this ruling is disappointing, we can’t let all of the efforts to improve our roadways come to a halt. I look forward to working alongside advocates to generate funding for the transportation solutions our community needs and deserves.”Representatives for AFT said they are hopeful the funds will still be used as planned.

"We expect that money to be spent in Hillsborough County doing what it was intended to do which is fixing our transportation problem," said Christina Barker with All for Transportation.

Hudson and Barker said they expect to get a new referendum on the 2022 ballot.

"This county’s potential is too great to just quit and go home now," said Hudson.

Hillsborough County released the following statement on the matter:

"While we respect the Florida Supreme Court’s decision, we are disappointed in the ruling as we have many unmet transportation needs in this community. This dedicated funding source would have been beneficial in helping to build and repair the County’s roadways and transportation network.

Although this is a financial setback, Hillsborough County remains dedicated to finding solutions that will allow us to tackle our transportation issues in order to keep our residents safe through well designed and maintained infrastructure."

The county says it will work with local departments to find a "fair and reasonable" solution to deal with the surtax dollars that have already been collected.

Hillsborough County Commissioner Stacy White addressed the media Thursday afternoon saying, " Despite those who have repeatedly attacked me, I am delighted with the ruling as it affirms my assertion that this referendum was unlawful. This convoluted referendum was authored by interests consisting of a very small number of individuals who said they had it legally vetted."

White said it was reckless to collect the tax over the last two years.

Commissioner Kimberly Overman holds a countywide seat. She told 10 Tampa Bay she's as disappointed as everyone else and she believes the Board of Commissioners must come up with a plan that funds transportation improvements."More than likely we'll move forward on generating the revenue that's necessary to take care of the deficit of infrastructure planning that we have," she said. "We've had some...workshops recently showing what a significant deficit we have that we have to plan for...I anticipate a future referendum is something that would be on the table for the board to consider."

The current sales tax rate in Hillsborough County is one of the highest in the state at 8.5%.

You can read the state Supreme Court's full below.