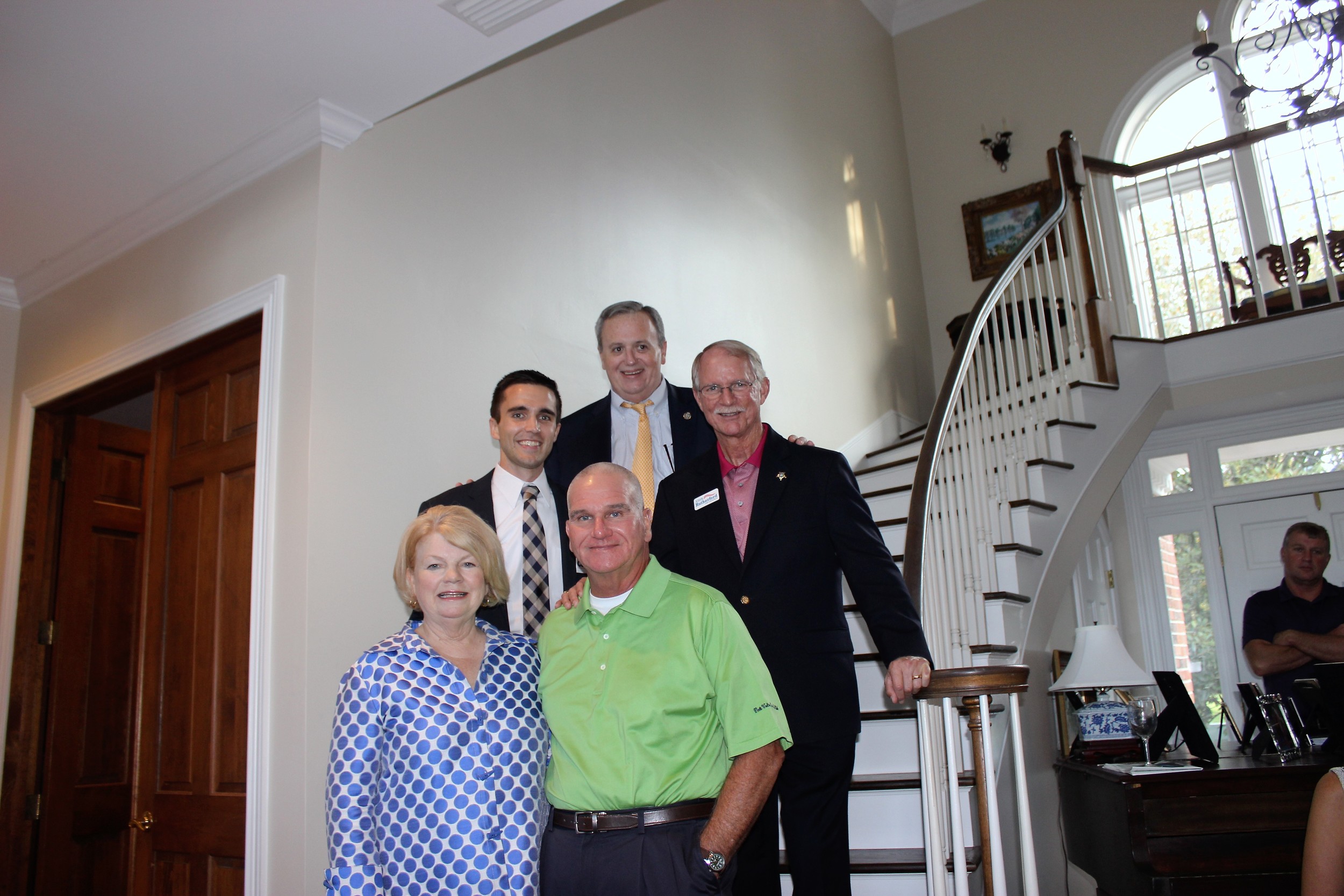 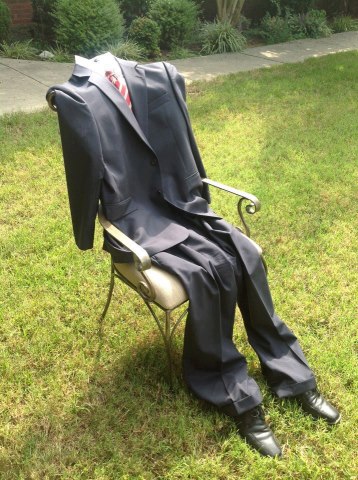 HUNTER CONRAD remained silent, as did four other lawyers (including two County Commissioners), as Commissioners violated F.S 286.0114 by denying public comment before deciding to sponsor what CONRAD called an "Educational Campaign.:

Unqualified. Other-directed. Controversial St. Johns County Clerk of Courts and Comptroller HUNTER SINCLAIR CONRAD is a foolish developer tool who habitually violates citizen rights. It's time for him to go.

2. This denial of public comment violated F.S. 286.0114.  See also, Florida Attorney General's Florida Government-in-the-Sunshine Manual (2022) at 55.  http://myfloridalegal.com/webfiles.nsf/wf/mnos-b9qq79/$file/sunshinemanual.pdf
3. This videotaped F.S. 286.0114 Sunshine violation contaminates the "consensus" motion approved without allowing the public to be heard.  Commission voted to put the proposed 15% sales tax increase on the ballot seven (7) months and five (5) days ago -- some 219 days ago (or 31 weeks and two days ago).  There was no urgency requiring some inchoate "educational campaign" be authorized 218 days after the item was placed on the ballot.  The motion was adopted at the eleventh hour, with no public comment and no public participation.  There was a sign in my mother's office stating, "Poor planning on your part does not create an emergency on my part."  St. Johns County's execrable, pitifully poor planning is once again on display, in sharp repose.  Our County Attorney, David Migut, ordinarily speaks up and advises Commissioners on public comment rights if Commissioners are about to act without public. comment. But on this occasion, Mr. Migut was silent. Why?  Compare, Sir Arthur Conan Doyle, "Silver Blaze" in The Memoirs of Sherlock Holmes (1892)(the dog who did not bark.)
4. Precisely what change in election law "in the past year" were Messrs. Migut and Conrad talking about?  Please provide citation today.
5. In the future, please be more detailed and precise in discussing legal issues.  It's our money.
6. We have a Right to Know.
7. Kindly cease and desist from any spending or any staff action, including any use of contractors or subcontractors, in response to County Commissioner Sarah Arnold's motion adopted without public comment. Please place this violation of F.S. 286.0114 -- and violations of our Commission procedures and customs, of the reasonable expectation of probity from our government, and professional courtesy -- on the agenda of our next BoCC meeting.  Then public comment can be heard, on November 1, 2022.
8. The late Commissioner Paul Waldron opposed the 15% sales tax increase and he opposed placing it on the ballot.  Me too.
9. Commissioner Waldron was right and y'all are wrong.  https://cleanupcityofstaugustine.blogspot.com/2022/10/oppose-developers-penny-plan-aka-rape.html
10. Commissioner Paul Waldron's tragic death on Monday night, October 17, 2022 leaves a large gap in our County Commission and apparently an ethics and compliance deficit as well.  It dishonors his memory to deny public comment and rush to mount an "educational campaign" on the tax increase that he opposed.
11. Voters planning on voting against the sales tax increase are voting against it based upon facts and law -- your mocking them is a stench in the nostrils of our Nation, accompanied by an irrefragable violation of F.S. 286.0114 -- no public comment sought or allowed.
12. Enough flummery from developer-funded endorsers of a 15% sales tax increase, which would relieve developers like State Senator TRAVIS J. HUTSON (R-HUTSON COMPANIES) of some half billion dollars in impact fees and property taxes.  With a half million dollars in Dark Money, "A Peny Plan for St. Johns County is like a Trojan Horse.  HUTSON and his entourage must answer questions about their campaign.  Now.  https://cleanupcityofstaugustine.blogspot.com/2022/10/twelve-questions-for-state-senator.html
13. As the late U.S. Senator Daniel Patrick Moynihan said it best, "Everyone is entitled to their own opinion, but not their own facts." He also said "secrecy is for losers -- for people who don't appreciate the value of the information."
14. Our St. Johns County Commission's F.S. 286.0114 Sunshine violation of October 18, 2022 -- denying public comment on their misguided tax increase "educational campaign" -- exemplifies why the good people of St. Johns County don't trust our County Commission, which has refused since March 15, 2022 (the date of the tax increase vote) to consider any of my 25 proposals for government reform. Meanwhile, some snooty cynical snollygosters defame or insult unnamed dissenters with crude pejoratives, while plotting to mount a last-ditch "educational campaign" to indoctrinate and euchre (or "educate") citizens to vote to raise our sales taxes by 15%.   https://cleanupcityofstaugustine.blogspot.com/2022/03/county-
Ed Slavin
www.edslavin.com
www.cleanupcityofstaugustine.blogspot.comcommission-voted-4-1-today-to.html
15. Senator Robert Francis Kennedy said, "It is not enough to allow dissent, we must demand it, for there is much to dissent from."  As RFK told his Justice Department staff, "Don't tell me what I should have done, tell me what I should do now."  Please cease and desist from all further lawbreaking. Now.
Thank you.
With kindest regards, I am,
Sincerely yours,
(904) 377-4998