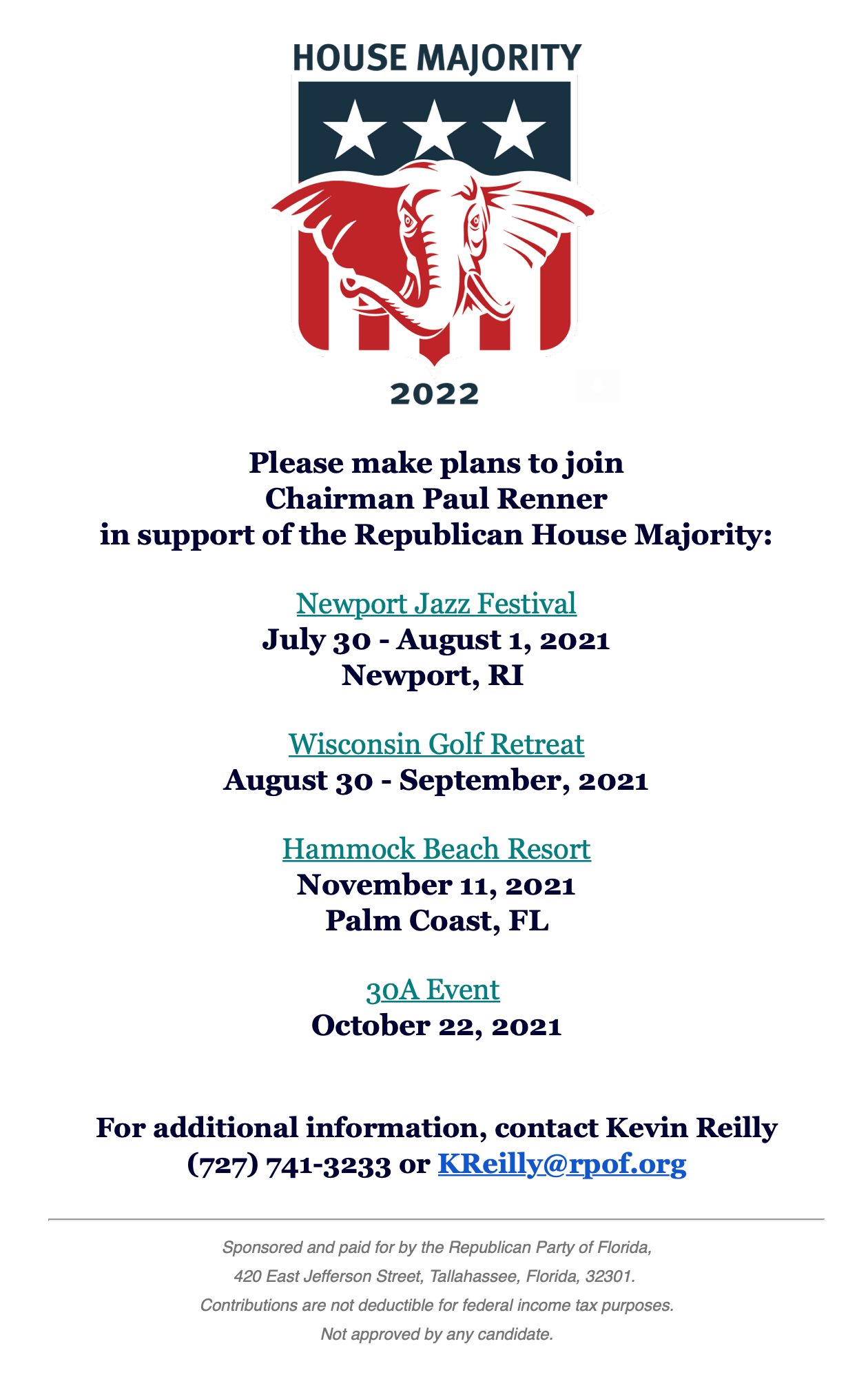 Remember when there were honest Republican elected officials?

Remember when Republicans were fiscal conservatives?

In the Florida State House of Representatives Speaker of the House Paul Renner is abolishing the need for appropriations bills.

Jesus wept.  That is so obvious, you know they're sneaky.

As the late U.S. Rep. John Dingell (D-Michigan) said, "If I write the procedural rules and you write the substantive law, I will win every time."

Knowing where the levers of power are, Speaker of the House PAUL RENNER, has reportedly modified the Corroran-era reform rules of the Florida State House of Representatives.

Tell your constituents, Mr. Speaker, rather than just the corpulent creepy corporate crowd at ALEC or Heritage Foundation meetings.

The new rules also seek to crack down on protests from members on the floor, after House Democrats held a demonstration against a redistricting bill last Session.

The bill filing requirement was one of the major changes implemented by former House Speaker Richard Corcoran, who also insisted each spending project be accompanied by a request form filled out by who was making the request and other project details, such as local and federal funding for the project and the timeline to complete it. Those other requirements will remain in place.

“The proposed 2022-2024 House Rules eliminate the requirement for appropriations projects to be filed as a bill, so they will no longer need to be heard in committee,” Renner wrote in a memo to House members Friday.

“However, all other appropriations project request requirements will remain in place to keep the process transparent and accountable, including the requirement that requests be posted online and accompanied by a sworn attestation from the entity for whom the request was submitted.”

Another major change in the rules specifies that members who “cause a material disruption to official legislative business” can be punished by the chamber. The move is in apparent response to the protest made by House Democrats earlier this year as Republicans moved forward with a bill to redraw congressional districts in a way that reduced Black districts.

The new rules also place limits on “repealer” bills. Under current House rules, members can only file seven bills, but there are exceptions for resolutions, public records exemption bills linked to a substantive bill, trust fund bills and repealer bills that remove portions of the law from the books. In the new rules, repealer bills will now count towards the seven-bill limit.

One other change prevents a member who misses a floor session with an unexcused absence from placing votes after the roll call on a bill.

The House rules are a proposal from Renner, but should be passed during the organizational session Tuesday, when Renner will formally be named Speaker.

Senate President-designate Kathleen Passidomo also released new Senate rules for her chamber Friday, but with only minor changes. Those include changes to the committee structure, which switches budget subcommittees to full committees, splits the Education Committee into two panels, one dedicated to PreK-12 schools and another focused on higher education and adds a new Fiscal Policy Committee.

In the joint rules governing meetings between both chambers, the notice deadline during Session will be changed from seven days to three days.