St. Augustine's Congressman JOHN HENRY RUTHERFORD (R-FL4), right-wing ex-Sheriff of Duval County, has done it again (or not done it), failing to file timely disclosures of his stock purchases, as required by the STOCK ACT.

Other mortals are required to meet deadlines, but Congressman JOHN RUTHERFORD must reckons himself above the law, swathing his stock trades in secrecy long after they were required to be disclosed.

As Daniel Patrick Moynihan said, "Secrecy is for losers."

Congressman JOHN RUTHERFORD swore an oath to preserve, protect and defend the Constitution and las of the United States.

Is JOHN RUTHERFORD now part of the insipid insurrectionist party of TRUMP, rebarbative retromingent Dull Republican energumens, for whom the Rule of Law has no meaning when applied to themselves and their self-righteous works and pomps?

RUTHERFORD is a close friend and ally of disgraced ex-Sheriff DAVID SHOAR, who legally changed his name from "HOAR" in 1994, and who perpetrated the continuing coverup of the September 2, 2010 homicide of Ms. Michelle O'Conell in the home of Sheriff's Deputy JEREMY BANKS, with BANKS' service weapon.

Query: Should Congressmen be allowed to own stock at all?  Too many conflicts of interest?  Who hooked RUTHERFORD up with investments in Brazilian development?  You tell me. 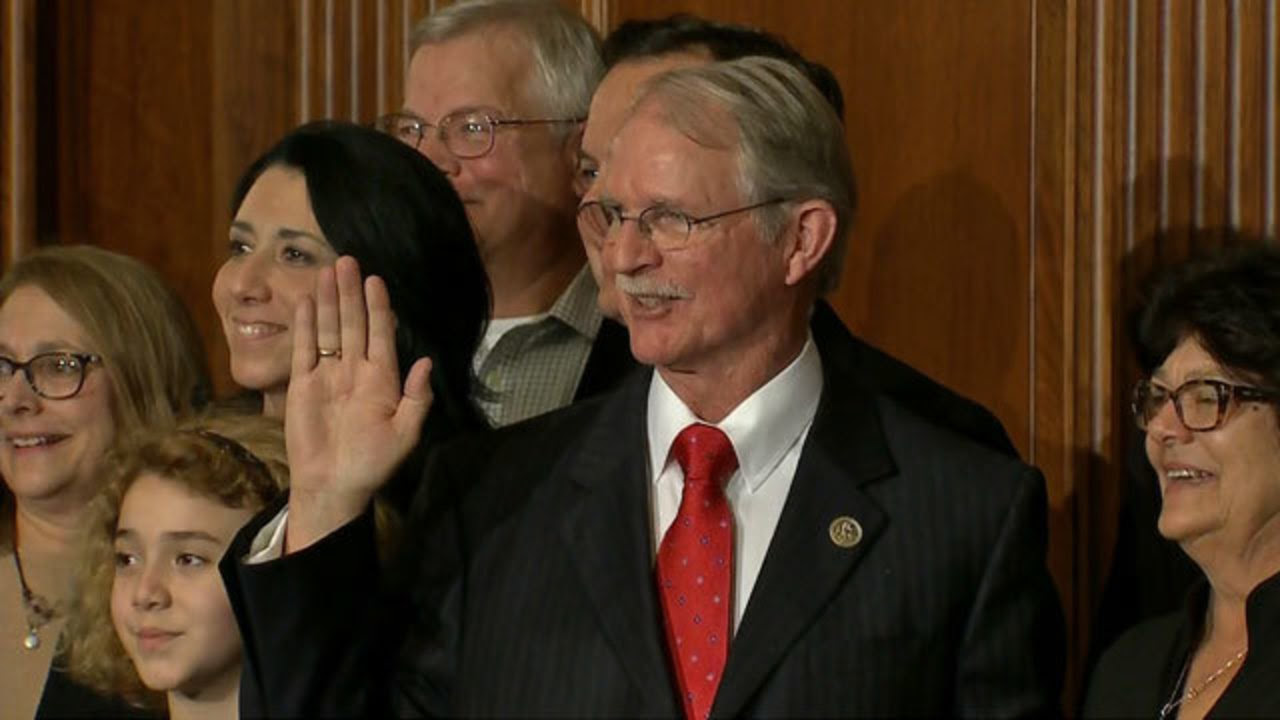 That makes him the latest Florida member of Congress to violate the STOCK Act.

U.S. Rep. John Rutherford, a Jacksonville Republican, failed to report several stock transactions in a timely fashion. That includes a just-disclosed purchase of up to $15,000 in stock in pharmaceutical company Bristol Myers Squibb.

The Stop Trading on Congressional Knowledge Act, better known as the STOCK Act, requires members of Congress to disclose stock actions within 45 days of the transaction.

He also made a stock purchase in the same range for Comcast on Feb. 23, nearly nine months before he reported the transaction.

And on July 22, he purchased up to $15,000 worth of Brazilian development from Vale.

All of the purchases were made through IRAs with National Financial Services/Fidelity. That means Rutherford likely did not have an immediate hand in the transaction; members of Congress must report transactions within 30 days if they are aware of the trade.

He’s not the only Florida member of Congress to run afoul of the STOCK Act this year. U.S. Rep. Brian Mast, a Stuart Republican, missed the deadline to report up to $100,000 in stock in Virgin Galactic, a purchase that came weeks after Virgin Galactic President Mike Moses testified in front of the House Committee on Transportation and Infrastructure Subcommittee on Aviation, on which Mast sits.

U.S. Rep. Debbie Wasserrman Schultz, a Weston Democrat, was months late in reporting a purchase of up to $15,000 in Westell Technologies. One of her children purchased $45,000 in the same company the same day, something that was also supposed to be reported with more haste.

And U.S. Rep. Kathy Castor was tardy reporting a transaction worth as much as $45,000 in Berkshire Hathaway.

Lawmakers face penalties if they fail to report transactions in a timely fashion, usually about $200 per infraction if it isn’t waived by the House Ethics Committee.

Jacob Ogles has covered politics in Florida since 2000 for regional outlets including SRQ Magazine in Sarasota, The News-Press in Fort Myers and The Daily Commercial in Leesburg. His work has appeared nationally in The Advocate, Wired and other publications. Events like SRQ’s Where The Votes Are workshops made Ogles one of Southwest Florida’s most respected political analysts, and outlets like WWSB ABC 7 and WSRQ Sarasota have featured his insights. He can be reached at jacobogles@hotmail.com.