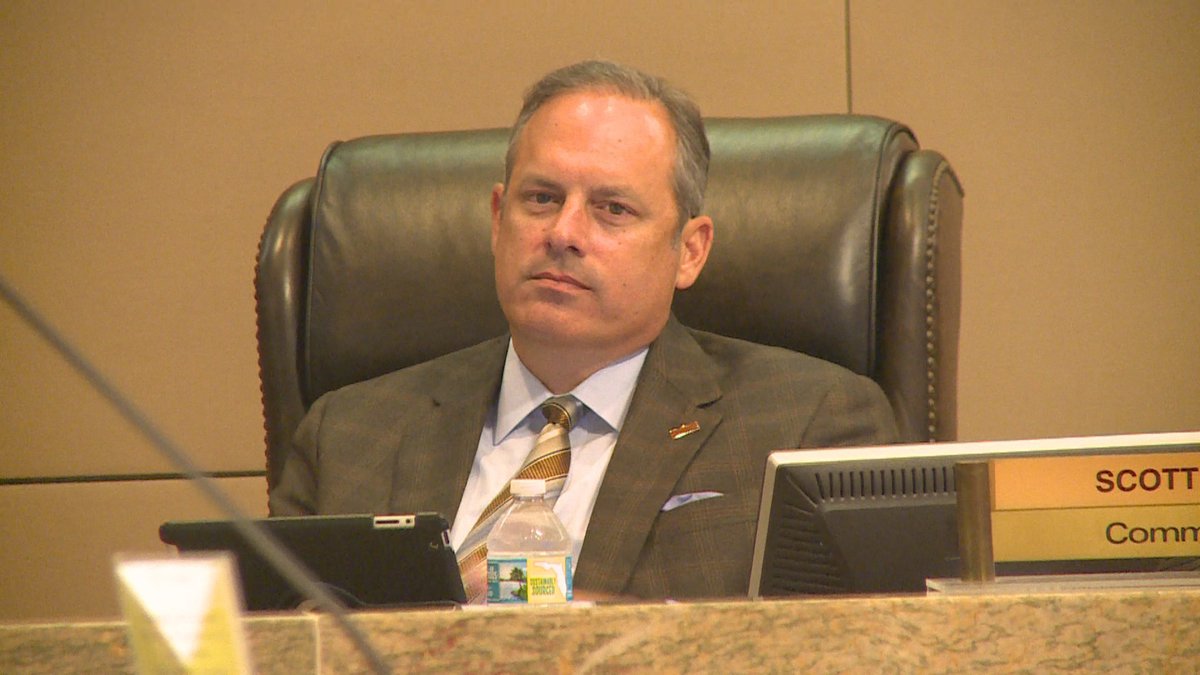 TALLAHASSEE — A former mayor and city commissioner who once ran the Florida Democratic Party was sentenced to five years in federal prison for taking money from Uber and undercover FBI agents in exchange for his influence.

Former Tallahassee Commissioner Scott Maddox pleaded guilty in 2019 to wire fraud, mail fraud and conspiracy to commit tax fraud. The sentencing was delayed while Maddox and co-defendant Paige Carter-Smith cooperated with investigators in the prosecution of a local developer.

U.S. District Court Judge Robert Hinkle said that cooperation played a part in issuing a sentence below federal guidelines that called for between five years, 10 months and seven years, three months in prison.

But Hinkle said the crime was serious, and that the “real problem with bribery ... is that it undermines confidence, it undermines faith in the system.”

Prosecutors said that Maddox would send clients to Carter-Smith’s lobbying firm after he returned to the city commissioner in 2012, and she would then pay Maddox for his influence. Maddox was first elected to the commission in 1990 and later served as the Tallahassee mayor until 2003. He has been a Democratic candidate for governor, attorney general and agriculture commissioner. He was chairman of the Florida Democratic Party from 2002 to 2005.

The court found that the pair accepted $30,000 from the ride-hailing and delivery company Uber and $40,000 from the undercover agents posing as developers in exchange for influence. When the pair pleaded guilty, an Uber spokesperson said the company didn’t bribe Maddox, but was rather a victim of extortion.

Maddox and Carter-Smith told Hinkle that they each went into public service to do good and to serve people, but they eventually crossed a line. Maddox said he justified taking the money because he knew he was going to vote the same way regardless.

Undercover FBI agents investigated Maddox for two years, which included a booze-filled trip to Las Vegas, where the agents took Maddox to a strip club. Maddox told Hinkle his reaction to hearing himself on FBI tapes, “drunken and slurring” and bragging about how big he was.

“I’m deeply, deeply ashamed that I did that,” he said. “I deserve everything I’m going to get, whatever you decide to do.”

He said he lost his reputation, his law license, all of his money and caused his family to suffer “by being drunk and stupid.”

Several supporters asked Hinkle for leniency, saying Maddox has done a lot to make Tallahassee a better city, from improving roadways to creating a dog adoption program. They recounted individual help he gave people not for the attention, but to do what’s right.

But federal prosecutor Peter Nothstein said whether an elected official does good or bad, the crimes Maddox committed were harmful.

“That corruption shook this community to its core,” he said.

Hinkle agreed that because of Maddox and Carter-Smith’s actions, people might question the motives of people who serve the public for the right reasons.

Carter-Smith was in tears before Hinkle, describing how she used to lobby for non-profit groups and worked to help people’s lives before crossing the line.

“That wasn’t who I was, but it was who I became,” she said. " I absolutely knew better and I was wrong.”

Last month, local developer and businessman John “J.T.” Burnette was convicted of extortion and other charges as part of the FBI probe. Maddox and Carter-Smith testified at his trial. He is schedule to be sentenced next month.