Commissioners Reject Staff-Only Decisions on Event Venues: Another Victory for "We, The People"

Another victory for good government over staff-only decisions without scrutiny -- this time on who decides event venue "vested rights." Thanks to Captain Lee Geanuleas, U.S.N. (Retired) for speaking out in opposition to badly-drafted plan -- it would have given City staff the final word before residents would have had to go to court, empowering staff over elected officials and residents. Who dreams up these hare-brained schemes?

Captain Lee Geanuleas, U.S.N. (Retired) and I spoke to City Commissioners on Monday night, December 14, 2015, unrebutted and irrefragable in our logic, readily convincing Commissioners to alter a badly drafted staff proposal that would have violated neighbors' due process rights. Neighbors will now be notified and Commissioners will have to vote (at least on the consent agenda) before any half-baked staff findings of "vested rights" are determined by staff. As drafted by staff, they would have been the final arbiters, without adequate notice and with appeals to Court, not Commissioners. This would have violated rights to Due Process. Also, staff and Commissioners responded to my colloquy queries by stating that the ordinance does not cover the former DOW MUSEUM OF HISTORIC HOMES a/k/a "DOW PUD" a/k/a "CORDOVA INN," and that any PUD modification would have to be approved by Commissioners. The potential DAVID BARTON CORNEAL RELIEF ACT OF 2015 was detected and halted. Another victory. Viva! Venceremos! 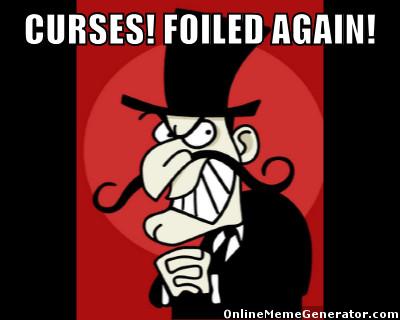 
In an effort to establish some level of consistent regulation to the approval process for special events venues in the city, the St. Augustine City Commission passed a pair of ordinances Monday night.

The first ordinance was to clarify where special events venues, which mostly host weddings and receptions or other private parties, can operate either as an allowable use or as a use by exception.

It’s an important distinction because business owners who want to host special events as a use by exception have to go before the Planning and Zoning Board. That’s a public hearing where public comment is allowed.

“It allows for neighbors to make comments on the impact (to the area),” city Planning and Building Director David Birchim said.

Birchim also reminded the commissioners that the use rests solely with the applicant. It doesn’t transfer with the property should it be sold.

The ordinance has slowly evolved over the course of the past year to deal with what has become a growing business in St. Augustine. The city has been attracting more and more people as a wedding destination, and there is a scarcity of appropriate venues. That’s caused some property owners to start hosting events as the demand increases.

So city politicians and staff members are trying to accommodate the growing business while trying to keep it from causing trouble in residential neighborhoods.

Still, Commissioner Leanna Freeman said she was worried the ordinance might open too many properties to be used as special events venues without must chance to stop it.

“The last thing that people want in RG-1 is to live next to a wedding venue,” she said. “Now, we’re creating that possibility where it’s not even there today. So I’m a little nervous about it.”

Her concern, she explained, was that the commission wouldn’t be able to deny applicants without worrying about legal challenges.

City Attorney Isabelle Lopez said the commission should not be afraid to deny a use-by-exception application as long as it is based on evidence and adherence to city code.

“You can’t deny simply on a popularity contest,” she said. “That’s the key.”

She said that as long as evidence shows the use is not compatible with a particular neighborhood, then the decision would be defensible in court.

Birchim added that the PZB can also place any type of limitation on the use by exception when approving an application.

“It sounds as if we are on sound legal footing,” Mayor Nancy Shaver said. “We have many tools at our disposal to limit what the use might be.

“We’ve been very diligent and thorough and gotten a lot of input on this.”

The commission eventually voted 5-0 to accept the ordinance.

“I’ve had a lot of different folks say that other communities around us are also adopting new ordinances to regulate this new type of business, so we’re not alone in this,” Birchim said. “If modifications have to be made down the road and we find things are not done correctly, this is a new business, a new industry. We’ll be back to revisit this if necessary.”

The commission also voted 5-0 for a companion ordinance to set a path of approval for those venues that have been hosting special events before the other ordinance goes into effect.

It does not apply to existing Planning Unit Developments, which are bound by the restrictions imposed at the time of approval. Any modification of a PUD must go through a hearing before the PZB.

Birchim said the city has counted about 80 venues that are currently in operation that would be affected by this companion ordinance. Each one will have to file an application to remain a host for special events.

The real debate Monday was how to notify neighbors about venues that are submitting applications — in case someone wants to dispute a claim that a venue has historically presented special events.

Another condition added for each applicant is that it must submit the size (number of attendees) for typical events.

martystaug 12/15/15 - 09:01 am 10Fireworks?
What about noise impact to the neighborhood? If a party venue decides it wants fireworks to top off the event, will the city or police automatically approve this? Don't say it won't happen because it already has at the Fountain of Youth at 11:30 pm. The city council and some business owners see yet another opportunity for profit, but the neighbors see another evening of shattered peace. Please set some limits on noise and disruption.
Posted by Ed Slavin at 7:29 AM