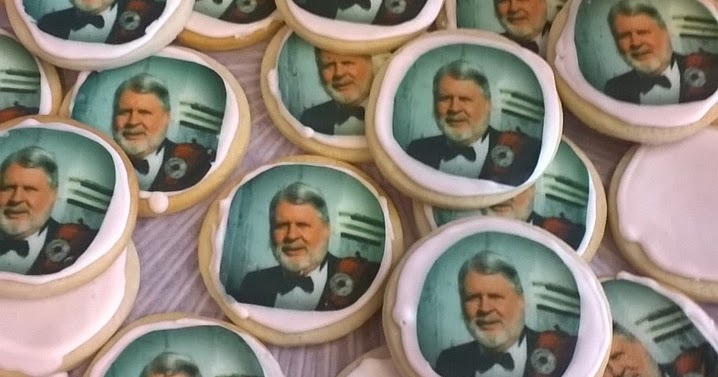 Flagler County turned down the Chamber of Commerce demand for government funds. As Senator Gary W. Hart (D-Colo.) said, "You won't get the government off your backs until you get your hands out of its pockets."

The Chamber of Commerce of the United States is a union-busting organization founded by President William Howard Taft.

In our town, Chamber of Commerce leader Michael Davis of A.D. Davis Construction appeared before the St. Johns County Commission on September 12, 2019, walking away with nearly $500,000 of our tax money to subsidize a speculative office building in the northwest part of the County.  The vote was 5-0.  I opposed it.

Good for Jerry Cameron to turn down these grifters in Flagler County.  I was unimpressed with Cameron when he was Assistant St. Johns County Administrator, and helped coverup the September 2, 2010 Michelle O'Connell murder.  Cameron read all of the files and told me on November 20, 2013 at a St. Augustine City Hall that he thought it was "suicide,." He lied to me about our government records on the 4700 Sherlock Place water use records pertinent to the O'Connell case.

But on this one occasion, it sounds like conman Jerry Cameron has turned down another conman, and protected the people of Flagler County.

From those intrepid reporters at FlaglerLive:

Just two years after taking the job, Flagler County Chamber of Commerce President Jorge Gutierrez announced his resignation in an email to chamber members this morning, saying it was time for him to seek new opportunities and for the chamber to find someone who can take the organization “to the next level.”
Gutierrez and Chamber Board Chairman Allen Goodman said the departure was not a surprise as Gutierrez had met with Allen and AdventHealth’s John Subers, an executive chamber board member, near the beginning of the year to let them know he’d likely resign by year’s end. He saw no reason to prolong the departure even though he doesn’t have a job lined up. But he said he has two options, or “opportunities,” one of which he may choose soon. He is helping the chamber through the transition until the end of the month.
Goodman, now the acting president, portrayed the parting as just a change in direction and downplayed financial and other issues despite stark evidence of financial strain, saying that “on an annual basis, we are looking to break even.” A task force was appointed to look for a replacement, with help from chambers of commerce in Volusia. Gutierrez, in Goodman’s summary view, “has done everything we’ve asked him to do.”
A five-paragraph release issued to to local media just after noon today announced the resignation in muted terms, with Goodman recognizing Gutierrez for an “outstanding job” but with no other direct quote from any executive board member, or any chamber board member, praising Gutierrez–and none from Gutierrez himself.
Background interviews with four board members familiar with the situation paint the picture of an organization that had been satisfied enough with Gutierrez as an able, cost-cutting bean counter (an “accountant,” in one of the board members’ words) but not as a visionary who could bring in new revenue. In other words, they say, he may have stopped the bleeding, with hardly any staffing left to cut, but not found ways to make money–a characterization Gutierrez disputed, saying the chamber’s marketing has not lagged. But he acknowledged that he had not been as visible. He did not “get out there more,” he said. “Unfortunately the challenges of the internal operation kept me from that.”
Two of the four members who spoke on background today, were baffled that the chamber as a private, membership driven organization, still had to rely so much on fund-raising and outside support.  Goodman declined to speak about the chamber’s finances beyond his assertion that the organization was viable and poised to grow.

“We’re broke, the chamber doesn’t have any money, it’s a known thing,” one of the members interviewed said today, before amending the statement: “All the bills are being paid. We just don’t have any extra money.” But Gutierrez’s departure was not exactly a surprise.
His confidential meeting at the beginning of the year with Goodman and Subers aside, Gutierrez’s departure was rumored for months, the rumors only growing as the chamber struggled with severe financial difficulties that had  Gutierrez offering to work part-time last month, and the chamber having trouble meeting its payroll: it owed him $7,000 and owed the vice-president $2,000, according to minutes of last month’s executive committeemeeting obtained by FlaglerLive. (Gutierrez’s salary was in the $90,000 range.) At the time net income was $32,000 below budget, and the chamber was considered applying for a revolving loan from Intracoastal Bank.
In May, the chamber had a nearly $23,000 deficit between its accounts receivables and payables, with just $1,675 in the bank. It applied for a $50,000 loan through Interlace Financial Services. Updating the executive board on the chamber’s financial standing at that months’ executive board meeting, Catherine Evans said cash flow was “extremely low,” according to that meeting’s minutes, and “Payables will continue to deteriorate as we shift cash to pay the most critical bills. Expect some complaints.”
And there was this: “Chamber has used most of the Foundation money to support operations.” It’s not clear what Foundation Evans is referring to. The chamber is a for-profit business, but has a non-profit foundation arm. It is potentially troubling, for taxing and other purposes, when an organization subsidizes itself with non-profit foundation money.
Gutierrez in an interview this afternoon said he was “absolutely” willing to go part-time if that would have helped. “Sometimes in our business there’s up and down in the business, it’s cash-flow driven. We never really had to,” he said of cutting back hours, but “I was willing to do that.”
The situation got so dire that chamber officials met with County Administrator Jerry Cameron to explore ways the county could subsidize the chamber, especially through the county’s tourism office, which had been part of the chamber before the county took it over in 2015–a merger that hurt the chamber by taking staffing away from it and $22,000 a year in rent and precipitating its next crisis: it could no longer make the mortgage on the building it owned  (The merger was the brainchild of then-Administrator Craig Coffey and tourism Director Matt Dunn, intended to give both freer rain over tourism dollars and policy. Dunn’s freer rein ended up gravely hurting the county: he’s under criminal investigation.)
The chamber even explored whether the county could provide salary supports.
Discussions are ongoing to find ways that the county could legally help the chamber, but direct subsidies are out of the question, Cameron said today. “We are trying to make sure TDC dollars are spent for their intended purposes, bringing tourists in,” he said of the Tourist Development Council, the county organization that operates on a budget paid through revenue from the tourism sales surtax. “There has been some discussions, I think there was at one point with regard to some salary support, but the serious discussion was how could we subsidize them for some of their events.”
A plan is in the works for the county’s tourism office to help the chamber at its Creekside Festival, the chamber’s principal fund-raiser, held at the county’s Princess Place Preserve. (The chamber quietly changed the price of admission this year: the entry fee was previously $10 per car. This year it’s $5 per person.) The county is considering discounting what it charges the chamber for use of the park, and finding other ways to subsidize the event with tourism dollars on the assumption that it brings in tourists. But the county will have to document the assumption through surveys. Going beyond that sort of subsidy “is not something my board is inclined to do, nor would I be inclined to direct,” Cameron said.
The county administrator recognizes the importance to the community of the chamber’s viability, but he said the organization was on “a path that was not sustainable” and needs to find someone who can raise revenue. “But getting control of the hemorrhage is the first thing to so.”
The chamber has been lurching through several crises since the Great Recession, losing membership, staff, assets and of course influence along the way as its constituency shrunk. In 2011 it lost its affiliation with Enterprise Flagler, what had been the public-private economic development partnership between government and private business. Enterprise Flagler was replaced by a fully government-centered economic development department. Then the chamber’s yellow pages business collapsed as the web was making yellow pages obsolete: the book was last issued in 2016 at a huge deficit. By then the chamber had lost the tourism office. That year it was forced to sell the 11,000 square foot building it had bought in 2005, losing the rental revenue it was generating from other tenants. The building sold for $1.85 million that October, 11 years after the chamber bought it for $146,000.
A staff photo outside the chamber near the end of 2012 showed 14 employees. Since then staffing has fallen to five (including the president), with membership eroding significantly.

“We have a thousand members and it has stayed level. That tells me we have a healthy environment in Flagler County even through tough times,” then-Chamber President Doug Baxter told the News-Journal at the end of 2009. But the economy was mending and hasn’t stopped mending since, while the chamber saw its membership drop to 675. (Gutierrez in his farewell email said “Membership is up 15% year over year, and retention has reached its highest level in a decade,” a claim that clearly clashes with the record. He said today that when he arrived he had to purge the rolls of 100 or more members that had been kept on the books but were no longer paying members, which had inflated previous tallies.)
The sale of the building only helped prolong the chamber’s reckoning, Cameron said. “I suspect this day has been forestalled for a long time, first by selling their building,” he said. “That of course allowed you to cannibalize your revenue, and of course you lost your revenue stream from that portion you rented.”
Gutierrez said overhead is now “a lot lower than it has been in the past,” putting the chamber in a better position. “It’s just a matter of time now before the tipping point takes place.”
Between the Creekside Festival, the chamber’s annual installation gala, its golf tournament, its well-attended Common Ground breakfasts and other emerging events like the born-again Potato Festival in Bunnell and a veterans appreciation event to come, among others, Goodman said the chamber is poised to improve its visibility and standing.
Meanwhile it’s up to Board Chairman-Elect Mark Langello, who’s in charge of the task force responsible for finding the next president, to find what will be the chamber’s fourth president in seven years after Doug Baxter, Rebecca DeLorenzo, and now  Gutierrez.
Posted by Ed Slavin at 1:58 PM