St. Augustine Tea Party Slouches Toward Oblivion, Out of Town, Out of Touch and Out of Time

We love our Village Inn restaurant staff in St. Augustine, Florida, and we support their rights to be treated with dignity, respect and consideration by customers.

We support Village Inn staff and management in their standing up to oppression by a rowdy group of customers, including MICHAEL GOLD,  who are guilty of repeatedly using the N-word to describe St. Paul A.M.E. Church pastor Rev. Ronald Rawls, Jr.  (While I think Rev. Rawls is a racist, and wrong about Confederate memorials, I know that the St. Augustine Tea Party is run by racists, who offended "the help" whom they mocked as trolls and attempted to buy off to continue serving then.)

We are troubled by racism, red-baiting and LANCE THATE (rhymes with "HATE"), who is the self-righteous, self-aggrandizing, self-appointed "leader" of the sere remnants of what was once the St. Augustine Tea Party.

Is the Historic City News* blog, a/k/a "Hater City News," now desperately "looking for love in all the wrong places," airily fomenting a tempest in a thimble reporting-distorting a racist contretemps, involving  LANCE THATE of the St. Augustine Tea Party, one of its advertisers?

One SATP  headline on the September 10, 2019 event was:
"LITTLE BLACK SAMBO RETURNS."

The Tea Party in St. Augustine has NOT publicly opposed a local tax increase since 2015.

SATP no longer attends government meetings and speaks out on issues.

It was not always that way.

SATP successfully supported my position as the very first public comment speaker in opposition to a regressive proposed 16.66% sales tax increase on  July 1, 2015.

Dupey, duplicitous PRISCILLA BENNETT (R-HUTSON COMPANIES) is now a louche lobbyist again, arguing that lobbyists should not be registered and should not be banned from contingency fees.

I forgave the SATP when some of its supporters on November 1, 2011 publicly called me a "Nazi and a Communist," comparing local environmentalists, including venerable Robin Nadeau and me, to "Hitler, Stalin and Goebbels" for supporting a St. Augustine National Historical Park and National Seashore.

I defended SATP's First Amendment rights to have rallies on the lawn of the federally-owned Castillo de San Marcos. But SATP does not believe in free speech with people who disagree with it: it is increasingly authoritarian.

Where SATP once focused its attention on waste, fraud, abuse, misfeasance, malfeasance, nonfeasance, and big-spending, they've now gone off the deep end since DONALD TRUMP's election, with Russian help, in 2016.

SATP's ideology has morphed over time into Russian-style authoritarianism, while damning loyal Americans as "Communist."

SATP whines on its website about the Village Inn, "“We used to consider the Village Inn our office, meeting there to prepare our signs and Constitutions for our weekly visits with the tourists in the Historic District. In return, we would entertain (sic) their customers in the restaurant. In the parking lot and at the entrance to the restaurant, their clientele would pose with us and hold our extremely 'Politically Incorrect' signs. That was a different election, a different local Village Inn management and a different time.”

They resemble the extremist, pro-slavery, anti-immigration, racist "Know Nothing" political party of the 1850s, of whom President Abraham Lincoln wrote his friend Joshua Speed in 1855:  "I am not a Know-Nothing. That is certain. How could I be? How can any one who abhors the oppression of negroes, be in favor or degrading classes of white people? Our progress in degeneracy appears to me to be pretty rapid. As a nation, we began by declaring that "all men are created equal." We now practically read it "all men are created equal, except negroes" When the Know-Nothings get control, it will read "all men are created equal, except negroes, and foreigners, and Catholics." When it comes to this I should prefer emigrating to some country where they make no pretence of loving liberty -- to Russia, for instance, where despotism can be taken pure, and without the base alloy of hypocracy [sic].'
http://www.abrahamlincolnonline.org/lincoln/speeches/speed.htm


One of the St. Johns County Commissioners, Vice Chair Jeb Smith, even let the Tea Party keep its party boat in his barn, at one time.  Is it still there?

"The horse is out of the barn" about the St. Augustine Tea Party:

It's Out of Touch.  (Nothing relevant to local corruption is said any longer, but lots of racism). Wonder why?

It's Out of Time.  (LANCE THATE is 80.  As our Nation copes with DONALD JOHN TRUMP, a corpulent corrupt President under impeachment investigation, those racist satraps at SATP have proven themselves irrelevant to the struggles of people in St. Augustine to reform our government.

Publicly calling for homicide -- "annihilation" of alleged "Communists" who support "political correctness," women's rights, African-American rights, GLBT rights and global warming concerns places SATP's leaders in the ranks of domestic terrorism, saying they needed to be "annihilated" like Nazis in Europe in World War II.  My father helped "annihilate" Nazis in World War II.  It stinks to high heaven that Americans, in America, would call for "annihilating" other Americans because of political disagreements.

Having publicly used the N-word at multiple meetings, offending attendees, including at least one elected official who remained silent, SATP Satrap LANCE THATE has been ejected from the Village Inn, while insulting the staff with racist imprecations.

In the words of the late conservative Senator Barry Goldwater (R-Arizona), "every good American ought to kick" such extremists "in the ass."  (Sen. Goldwater was referring to Rev. Jerry Falwell's denunciation of President Reagan's nomination of Sendra Day O'Connor to the Supreme Court, in a joint public appearance in Tucson with Rep. Morris K. Udall (D-Arizona), who wittily responded by passing a note stating, "He'd just turn the other cheek."

Watch the SATP meeting video, below, with an overly sensitive  high school student engaged in snowflakery about a vocabulary exam in English class, bragging about his putative concerns "going viral."  On video, below, you can see disgraced former County Commissioner William Anthony McClure say "there's nothing radical about the Tea Party," despite the fact that on the same video of the same meeting, the angry nutty SATP leader calls for "annihilation" of people who he damns as "Communists."

Organized racists are not welcome at Village Inn. 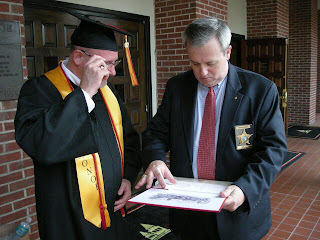 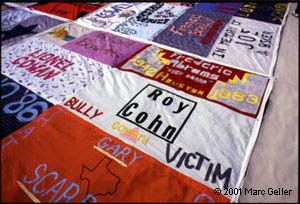 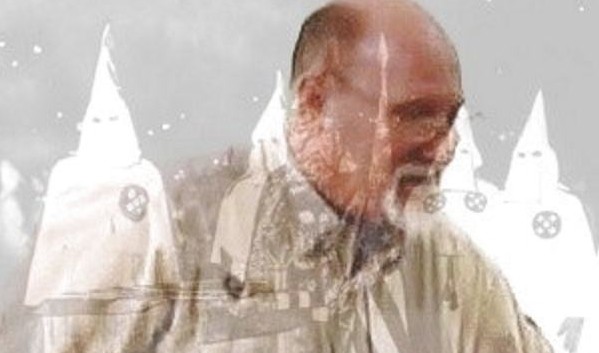 * Footnote: HCN is run by one MICHAEL GOLD, f/k/a "MICHAEL TOBIN," a racist Flagler College graduate.  MG sometimes runs St. Johns County Republican political campaigns, including that of CHRISTOPHER C. STRICKLAND for Sheriff in 2020 and DAVID SHOAR for Sheriff in 2004.  GOLD has attacked Rev. Andrew Young, our former UN Ambassador, calling him an "outside agitator" unworthy of honor in our Plaza de La Constitucion. GOLD, the Tea Party, the School Board and its lawyer (FRANK UPCHURCH) supported a 2011-2012 redistricting scheme that would have reduced African-American voting strength in District 2 from nearly 15% to less than 10%.  We, the People, defeated them in their efforts to violate the Voting Rights Act and the 15th Amendment, with UPCHURCH refusing to work on a holiday weekend with County Attorney Patrick Francis McCormack -- County Commission, the County Attorney and the County Commission's consultant all agreed with us on the redistricting, and the racists folded like one of the SATP's cheap colonial tube socks.