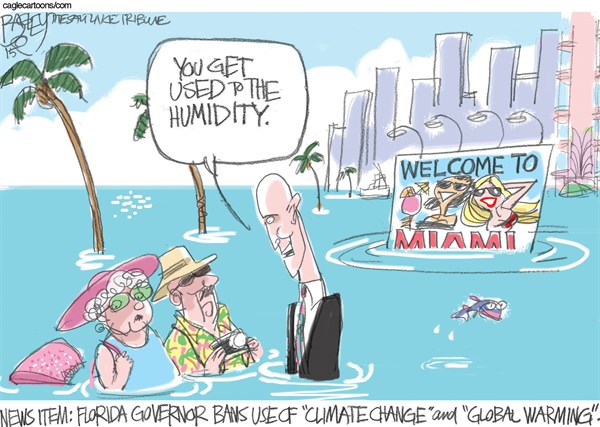 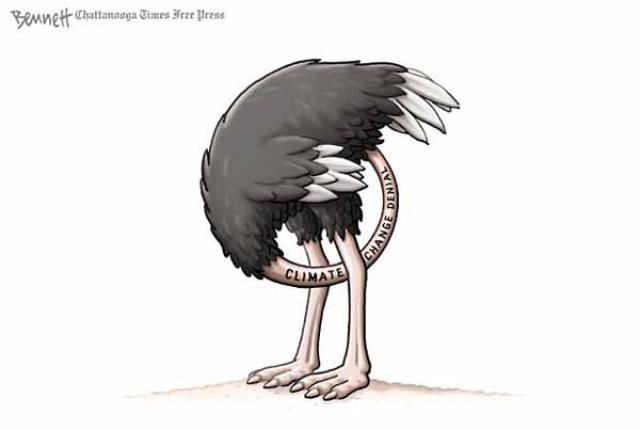 Another good column by Steven Cottrell.  Entire neighborhoods in St. Augustine and St. Johns County may be abandoned in coming years.  DAVIS SHORES, PELICAN REEF, and some 31 flood prone areas of St. Johns County built without adequate drainage may be flooding regularly soon.

Florida "ain't nothing but one big sandbar" as the playwright of "House Rules" put it best.

Foolish "developers" are not required to have ethics, degrees or licenses.

These dodgy corporations, so

me mafia-controlled or influenced, have been in Florida since Al Capone.

I expected some passionate responses to my Sept. 1 column regarding government buyouts of vulnerable coastal properties. Well, I wasn’t disappointed.

My favorite response came from a reader who obviously rejects science: “There is no such thing as global warming or climate change,” the email began. “It’s a liberal scam to redistribute wealth from the American taxpayer to liberal communist and socialist policies,” adding; “Every one of your columns supports a liberal agenda.”

Yes, I’m a Democrat who tends to express a liberal point of view, but if the damn Dems don’t file articles of impeachment against the president, and soon, I’ll probably dump my party affiliation and become a registered nonpartisan.

As for the recent column, what disturbed some readers was a belief that Big Brother government would swoop down on coastal homeowners and take their property. But that’s not how managed retreats — also called strategic retreats — work.

Buyouts are offered on a voluntary basis and sometimes provide for appraised value plus 10 percent, but with a caveat: If you decide to take a pass on the buyout, that’s fine — go ahead, rebuild and stay where right you are. But there will be no further bailouts or buyout offers the next time your home is wrecked by high winds or high water. You’ll be on your own.

Couple years ago, the Lincoln Institute of Land Policies in Cambridge, MA addressed the issue, acknowledging that managed retreat “has long been an unpopular adaptation strategy because of the obvious social and political challenges it poses. Buyout programs, in particular, create numerous hurdles for individual residents, communities, municipalities and administrators. But the likelihood of extreme weather events is increasing. Without intervention, many communities eventually will have to retreat from flood-prone zones because they will not be willing or able to afford the costs of repairing or rebuilding their homes.”

Sure, managed/strategic retreats can be a tough pill to swallow, but it beats getting wiped out without any compensation.

The Lincoln Institute study focused on Northeast coastal communities following Super Storm Sandy, but a 2016 study by a group from the University of Florida addressed potential impacts to St. Johns County — St. Augustine in particular. You can call the study factual science or a liberal scam, but I come down on the side of science.

The white paper provided fair warning: “Given the longevity and history of (St. Augustine), the iterative planning ...through the year 2100 is reasonable and necessary, if not imperative. Like a lighthouse alerting sailors to the impending shift from sea to land, the City has a profound opportunity to serve as a national beacon highlighting the strategic resilience and adaptive capacity planning needed for all coastal cities in this new era of changing shorelines and floodplains.”


But will we become a national beacon for good planning, or will we wait until major hurricanes and sea level rise turn A1A into a narrow foot path and shin-deep downtown flooding is a daily high-tide occurrence?

A 2008 study prepared by members of the UF College of Law, addressing long-term prospects for Florida beaches, noted, “We have no power to stop storms and hurricanes, and they will continue to hit Florida as they have in the past, causing extensive damage and erosion.” That’s why, they say, advance planning is so critical.

Assign whatever label you want to me or to science, but climate change, sea level rise and major hurricanes are on a collision course with St. Johns County as a potential bullseye. To not consider managed retreats and other adaptive measures would be foolish.

It’s what we do — or don’t do — that will affect future generations. I won’t live to see our beaches consumed by the ocean, nor will you, but it will happen in the blink of a geological eye. Buildings along the beach will be gone and present-day downtown will be partially submerged.

Laugh or cry at that statement, but you can make book on it happening.

Steve can be contacted at cottrell.sf@gmail.com.
Posted by Ed Slavin at 1:17 PM