For anyone who thinks that Tennessee U.S. Senator LAMAR ALEXANDER was a reformer, remember that:

Footnote: I was in the Nashville Tennesseean newsroom on January 18, 1979, the night that LAMAR ALEXANDER was sworn in early as Governor, to prevent corrupt Governor RAY BLANTON, a Democrat, from issuing 30 more pardons to murderers for money.  When RAY BLANTON got out of federal prison, every judge in the Tennessee Supreme Court shook his hand at a restaurant.  Every. Single One.

As Sen. Alexander prepares to leave office, we look at his ties to for-profit prisons
STEVEN HALE
DEC 26, 2018 1 PM 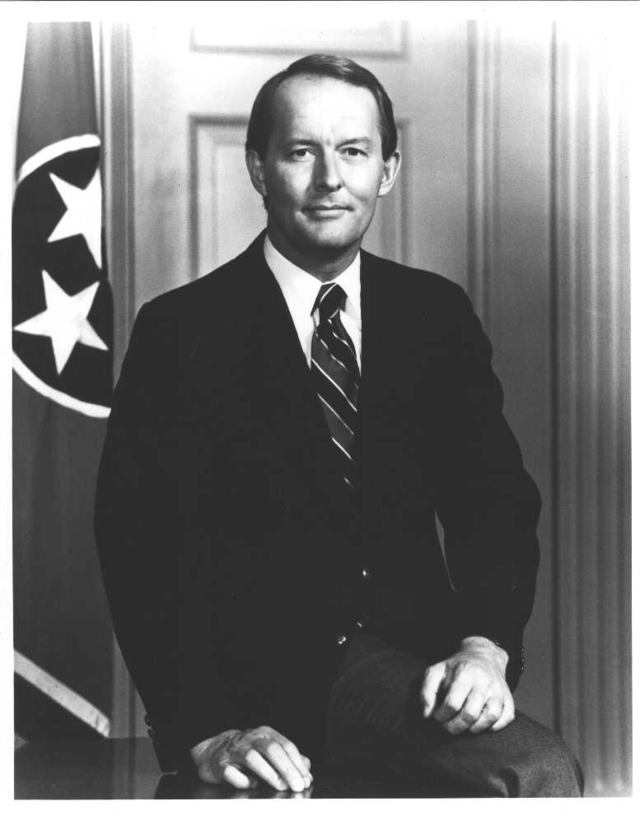 Lamar Alexander as governorPHOTO: TENNESSEE STATE LIBRARY AND ARCHIVES
Last week, Sen. Lamar Alexander announced he will not seek re-election in 2020. Almost immediately, national and local media outlets began eulogizing the senior senator’s political career — which began more than 50 years ago when he worked as a staffer in Sen. Howard Baker’s office.
Alexander, who became known for the plaid shirts he wore on the trail and his first-name-only campaign materials — Lamar! — will have served three terms in the U.S. Senate by the time he retires. Before that were two failed presidential bids, two terms as Tennessee’s governor, and stints as U.S. secretary of education and president of the University of Tennessee. He is, we are told, a statesman, and one of the few remaining believers in bipartisanship. And to be sure — this is the part where one concedes positive things about the subject — some of his recent efforts are laudable. This year, Alexander sponsored one bill aimed at combating the opioid crisis, and another intended to secure more royalties for songwriters. The latter was a big hit in Nashville.
But what has received less attention is Alexander’s intimate ties to another local industry: for-profit prisons.
CoreCivic — the Nashville-based private-prison giant formerly known as Corrections Corporation of America — was founded in 1983 by a group of businessmen including Alexander’s old friend Tom Beasley, the former chairman of the Tennessee Republican Party. Alexander was governor at the time, and the overlap between his personal and political circles and the company were considerable. Alexander’s wife, Honey, owned CCA stock, which she eventually, and controversially, traded for a significant profit. In 1985, CCA pitched the idea of taking over Tennessee’s entire troubled prison system — the company offered $250 million for a 99-year lease. Alexander endorsed the idea.
The takeover bid ultimately failed. But who do you imagine was working for CCA, trying to help steer the company into a lucrative relationship with the state? The answer: Tom Ingram, a loyal former Alexander aide and operative who oversaw his gubernatorial campaigns, served in his administration and would go on to run two of his campaigns for the U.S. Senate.
Private prisons would soon establish a stronghold in Tennessee, and they’ve been able to count on Alexander’s support all the way. Today CoreCivic runs seven facilities in the state. Another former Alexander aide, Charles Overby, has been a member of the company’s board of directors for nearly two decades.
In recent years, private prison companies like CoreCivic have increasingly looked at immigration detention facilities as a growth opportunity, and politicians like Alexander have been useful to that end. In 2009, Alexander pushed legislation that provided for “increased alien detention facilities,” the sort of bill CoreCivic insists it does not specifically lobby for, even as its business literally depends on it. A completely unrelated fact: Alexander has received $76,550 in campaign contributions from CoreCivic during his time in the Senate.
Today, 35 years after the company was founded and welcomed into Tennessee’s criminal justice system by the Alexander administration, CoreCivic’s management of prisons in the state is a disaster, and not just morally. The company’s facilities are a nearly constant source of lawsuits over unseemly conditions, violence and understaffing. Just last week, a state legislative committee held yet another hearing on mismanagement at a CoreCivic prison.
Meanwhile, President Donald Trump — whose reign of error has inspired little resistance from Alexander — continues to push for more crackdowns at the border, filling more and more beds in CoreCivic detention facilities.
Of course, political campaigns in both parties have been awash in private-prison money, and state-run prisons are no shining example of humane justice. But amid the commemorations of Alexander’s long career of public service — and the attempts to paint him as Trump’s polar opposite — his service to the private-prison sector shouldn’t be forgotten. Perhaps an idea as cynical and obvious as for-profit prisons would have grown to full strength no matter who was around at the beginning.
But Lamar Alexander was there, and he nurtured it all the way.
Posted by Ed Slavin at 7:54 AM