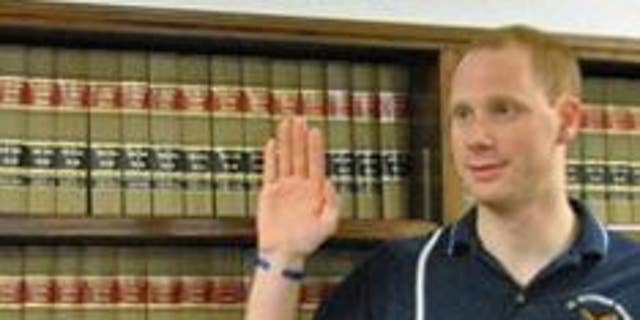 Tampa, Florida – United States Attorney Maria Chapa Lopez announces that Matthew Enhoffer (34, St. Petersburg) has been arrested and charged by federal criminal complaint with distribution and possession of child pornography. If convicted, Enhoffer faces a minimum mandatory penalty of 5 years, and up to 20 years, in federal prison. Federal agents arrested Enhoffer, a police officer with the St. Petersburg Police Department, yesterday without incident.
According to the complaint, an individual using the screen name “thehoff727” distributed child pornography on Snapchat, a mobile web-based communications application. Further investigation revealed that the Internet Protocol (IP) address and subscriber information associated with that account was linked to Enhoffer’s residence.
On September 11, 2019, agents from Homeland Security Investigations executed a search warrant at Enhoffer’s home and seized several electronic devices. An examination of Enhoffer’s cellphone revealed a collection of child-pornographic images and videos, including multiple images and videos involving children under the age of 12 in bondage, being raped, and forced to perform sex acts.
A criminal complaint is merely an allegation that a defendant has committed one or more violations of federal criminal law, and every defendant is presumed innocent unless, and until, proven guilty.
This case was investigated by Homeland Security Investigations. It is being prosecuted by Assistant United States Attorney Lisa M. Thelwell.
This is another case brought as part of Project Safe Childhood, a nationwide initiative launched in May 2006 by the Department of Justice to combat the growing epidemic of child sexual exploitation and abuse. Led by the United States Attorneys’ Offices and the Criminal Division’s Child Exploitation and Obscenity Section, Project Safe Childhood marshals federal, state, and local resources to locate, apprehend, and prosecute individuals who sexually exploit children, and to identify and rescue victims. For more information about Project Safe Childhood, please visit www.justice.gov/psc.
Posted by Ed Slavin at 8:25 PM