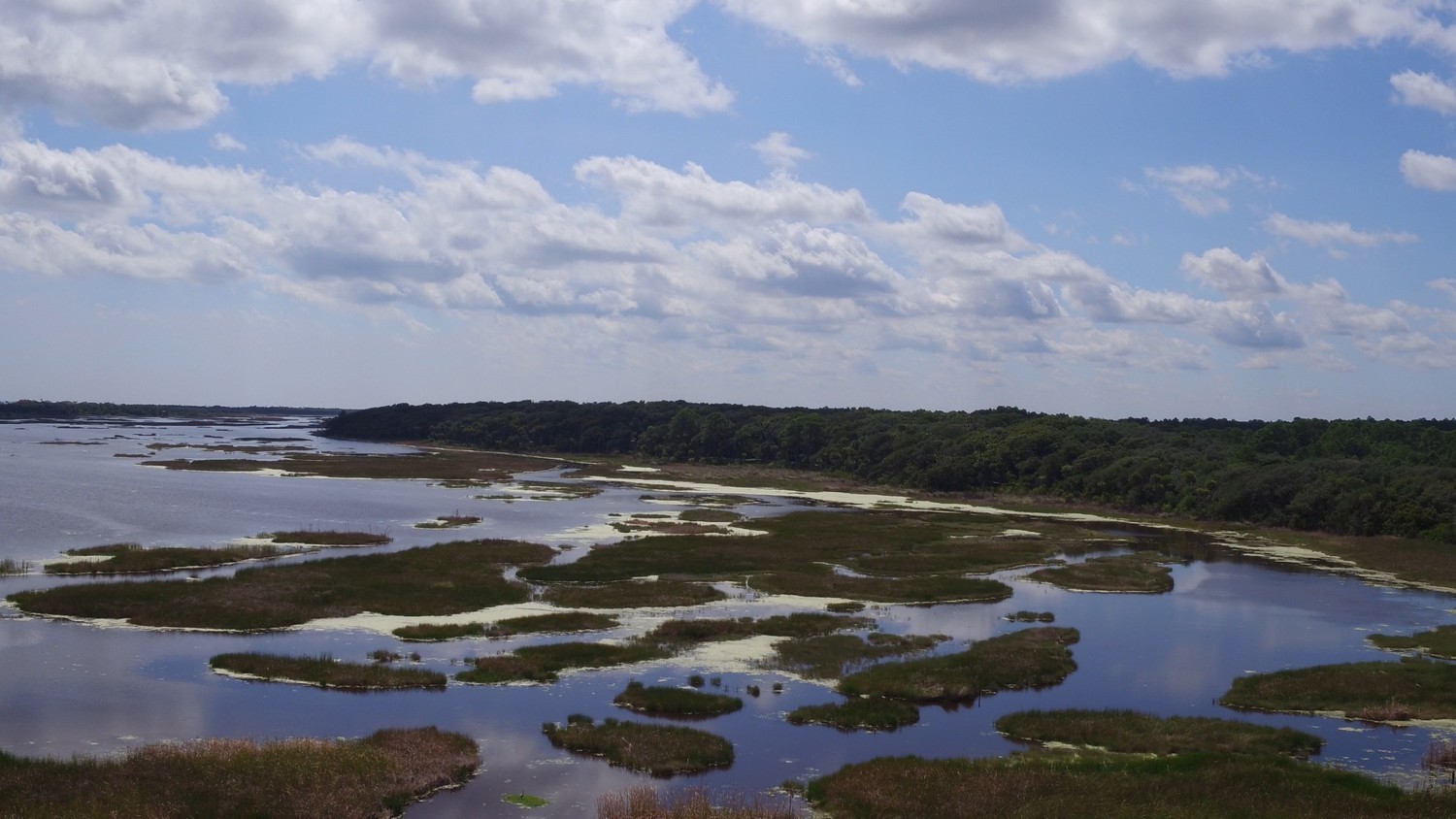 Our St. Johns County Commissioners and our citizens agree. No rezoning for conservation land.

Nicely done editorial. I especially like the fact that he names HERBERT PEYTON.

As Governor Lawton Chiles said in his last debate with Jeb Bush in 1994, "The he 'coon comes out just before dawn."

We miss your Saturday "Thumbs and Quotes" and hope it is restored when the Record gets a local editor again, instead of this dupery of having the copy desk for 200 newspaper in Austin, Texas.

For Ponte Vedra Corp. (PVC) last week, discretion was the better part of valor in its 11th hour decision to skip the certain bloodbath waiting at the County Commission meeting where it was to seek a pass on the comprehensive plan.

PVC owns 100 acres of land in the northern part of the county where it wants to put 66 high-end homes, snuggling-up against Guana Lake, the epicenter of the Guana-Tolomato Matanzas Estuarine Research Reserve, on land known as The Outpost.

The new development is being called Tranquila. And over the past couple of years, Gate’s knockdown-drag-out with St. Johns County has been termed on these opinion pages, “The Thrilla’ in Tranquila.”

The nexus of the legal whizzing match has been the issue of whether or not the parcel is actually “conservation” land. It does not seem to matter that is thusley and aptly described “conservation” in the county’s Comprehensive Plan — the long-term blueprint for county growth; or lack of it.

Ponte Vedra Corp. insists it isn’t. And, over the past couple of decades in our county, that was generally enough to erase boundary lines and land use codes as if by magic. Let’s just say county government has had a collegial relationship with Gate Petroleum and its founder Herb Peyton.

Years ago an elected state official told The Record — off the record — the county’s relationship with Gate was not that of a whore, “but at least like a loose little sister.”

So PVC removed itself from the last County Commission meeting — wisely so. Neighbors of the Outpost property are serious, and well-heeled. Their ducks, pardon the pun, are in a row (the property is in the middle of one of the best duck-hunting areas of Northeast Florida.)


Well, PVC apparently has been enraptured by a community epiphany, in which it fired off a letter to the county outlining its willingness to “self-impose a three-year moratorium on any development on Outpost land in order to give St. Johns County or interested preservation groups to purchase the land.”

The letter went on to tell us that PVC “as a good-faith seller, would work with the County to identify and move toward securing funding from public entities or private preservation groups.”

The last sentence in the letter, though, is the “tell.”

It reads: “The three-year stay would commence following the approval of the terms of the amended settlement agreement and the Commission’s vote to adopt the pending Comprehensive Plan Amendment application and planned Unit Development application for that property.”

What that means is PVC gets exactly what it has wanted all along. All it needs to do is jack up the price sufficiently that no entity — public or private — would or could touch it. And PVC continues the planning stages on Tranquila, with a payoff just a little later than anticipated. It’s barely a bump in the road. And the price of a waterfront lot won’t be going south in the interim.

A second scenario is because the land would immediately become worth perhaps 10 times more under the amended land use parameters, PVC could simply sell it to the highest bidder after three years and grin all the way to the bank. The property is listed on the county tax assessor’s website as having a current just market value of $1,453,636 —100 developable acres.

Imagine how the value of that parcel would swell as single-family lots land rather than what it really is.

Certainly the deal won’t go through. Honestly, we can’t imagine how County Commissioners aren’t insulted PVC would believe they’re that oafish, or crooked.

The property has been up for sale for years. Those who know say several buyers have stepped away from it over the past decade because of the elemental nature of the property. And those plans included a half-dozen palatial places, not an urban neighborhood.

Herb Peyton isn’t a bad guy. He’s done a lot for this county. He sold Florida 11,000 acres in 1984 which make up the bulk of the Research Reserve today. He announced at that time “We are returning the property to its rightful owner, the State of Florida. God made it to be in its natural state.”

Apparently God has changed his mind.
Posted by Ed Slavin at 11:11 PM