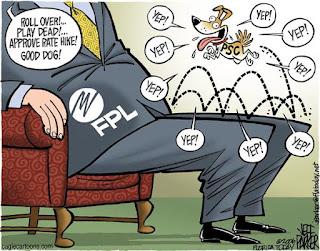 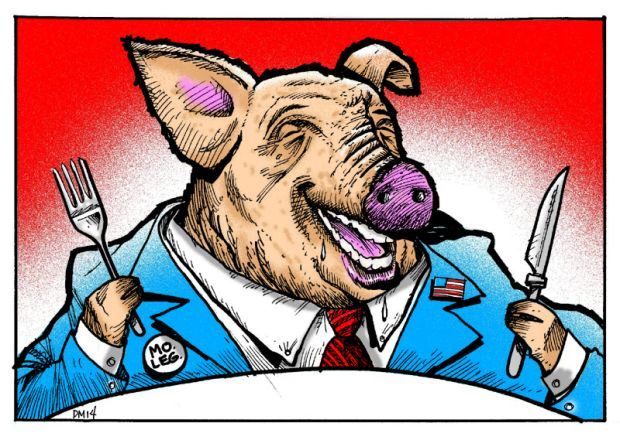 Flori-DUH Power and Light, TECO Energy and Gulf Power have squandered $6 billion on a fuel "hedging"scheme, with no end in sight.  It's our money.

Floridians are poised to lose another $560 million in 2016 as the state's investor-owned electric utilities continue to lose big at the poker table by hedging their purchases of natural gas.

The state Public Service Commission took the first tentative step Thursday to reduce the financial carnage and approved a plan by Florida's electric utilities to cut their hedging by 25 percent. They rejected a call by critics to end hedging altogether, but said they could revisit the issue later in the year.

"While I think we all would have appreciated more robust changes to further minimize customer risk, this is at least a fair start," said Commissioner Art Graham. "It's a prudent first step."

In a hedge, a utility agrees to buy a volume of fuel in the future at a fixed price. If the price rises later, the utility wins. But if it falls, the utility — or more specifically its customers — loses.

With natural gas prices falling for much of the past decade, hedging has proven to be a reliable money loser.

While Duke Energy Florida didn't revise its plan on hedging, the company said its existing plan will allow it also to reduce its hedging by 25 percent.

Critics, however, said cutting the practice by a quarter isn't nearly enough.

"The cost of financial hedging activities still greatly outweigh any potential benefits that the customers may receive from hedging," said Erik Sayler, an attorney with the Office of Public Counsel, which represents consumer interests before the PSC.

Jon Moyle, an attorney representing Florida Industrial Power Users Group, called the 25 percent reduction "a Band-Aid on a gaping gunshot wound," adding, "It's just not going to get us there."

Despite the big losses, the utilities and the PSC maintain that hedging is good for customers because it reduces the volatility of their electric bills, eliminating wide price swings. Natural gas prices can be affected by many factors that the PSC said are outside the control of utilities — things such as weather and environmental regulations.

"With these variables continually changing, fuel hedging programs provide a measure of price stability for customers," the PSC said in a news release.

Graham acknowledged the PSC may need to revisit a further reduction in hedging, though he said he "applauded" utilities for this first step. "This may be a half step, but it's still a step in the right direction," he said.

Utilities say they don't profit when the hedges lead to savings. Customers pay all losses through higher electric bills, but they would also reap all savings.

The utilities have correctly noted that hedging losses aren't restricted to Florida. But higher hedging losses posted by other utilities outside Florida have renewed debate about whether hedging is in the customers' best interest. A few states, the counsel's office said, have moved to stop their utilities from hedging given continued losses.

Utilities and the PSC dispute descriptions of hedges as bets or attempts to out-guess the market. They said they are simply limiting price spikes and volatility, and are not gambling with customers' money.