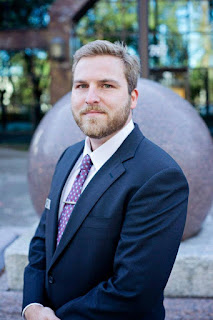 A Committee of the Florida Bar in Jacksonville June 10, 2016 voted to bring Bar charges against attorney IAN JAMES CHRISTIANSEN over his selling licenses to grow and use medical marijuana, allegedly defrauding hundreds of Florida patients who paid as much as $799 for the licenses. The June 10, 2016 letter to IAN JAMES CHRISTIANSEN states: "You are hereby notified that the Fourth Judicial Circuit Grievance Committee “C,” at a duly constituted meeting on June 10, 2016, and by majority vote of eligible members present, found probable cause for violations of the following Rules: 4-1.1(competence), 4-1.2(d)(criminal fraudulent conduct), 4-1.5 (excessive fee), 4-1.7(conflict), 4-8.4(a)(misconduct), and 4-8.4(c)(conduct involving dishonesty, fraud, deceit, or misrepresentation)."

Scott and Marsha Yandell were among the hundreds of victims of CRISTIANSEN's allegedly fraudulent scheme. They filed Bar complaints against CHRISTIANSEN, who has been licensed in Florida since 2013

Scott and Marsha Yandell, former St. Johns County residents, were arrested for "trafficking" by dozens of SWAT team members working for controversial St. Johns County Sheriff DAVID BERNERD SHOAR f/k/a "HOAR," who has engaged in a continuing coverup of the September 2, 2010 shooting of Michelle O'Connell in the home of Deputy JEREMY BANKS, a local, national and international cause among people concerned about officer-involved domestic violence and government corruption. The Yandells, who relied on legal advice from CHRISTIANSEN, now live in Oregon, were sentenced to probation last December by Circuit Court Judge J. Michel Traynor.
Posted by Ed Slavin at 2:46 PM

So this was posted just to take a jab at the Sheriff and Jeremy Banks. What does one have to do with the other? I am not defending anyone, just trying to make the connection.

This couple suffered horribly because of a political opportunist who well knew they had been defrauded and had relied on their lawyer, CHRISTIASEN. When the SJSO came, they tried to show the license their lawyer purported to give them CHRISTIANSEN, a paralegal and several other medical professionals were known to be involved. SHOAR had press conferences, trying the Yandells on local tv news. He is a shameless huckster who needs to be indicted and voted out of office.

It may soon be legal to operate a medical marijuana business and to use marijuana for medical reasons in Florida under state law, but it remains illegal under federal law. Can a lawyer advise a client about using the drug or operating such a business without running afoul of the Bar?

Yes, according to the Bar Board of Governors, which adopted a policy not to prosecute Bar members for misconduct if they advise clients about the new state law — as long as they also remind clients about federal law. The board at its St. Augustine meeting last month approved the recommendation of the Disciplinary Procedure Committee.

With the enactment of the state law — and the possible passage this fall of a broader constitutional amendment allowing medical marijuana — “We’ll have government lawyers who are going to be asked to draft regulations implementing these laws. We’ll have private law firms asked to assist businesses who want to set up to distribute medical marijuana,” DPC Chair Jay Manuel told the board. “There is still a federal law that is against distribution and use of marijuana, although the Department of Justice has not been actively involved in prosecuting those involved in the distribution and use of medical marijuana.

“Bar Rule 4-1.2 says the lawyer shall not counsel the client to engage or assist the client in conduct the lawyer knows or reasonably knows is criminal.”

Manuel said the committee considered a rule amendment or an ethics opinion but decided a board policy was best.

The policy reads: “The Florida Bar will not prosecute a Florida Bar member solely for advising a client regarding the validity, scope, and meaning of Florida statutes regarding medical marijuana or for assisting a client in conduct the lawyer reasonably believes is permitted by Florida statutes, regulations, orders, and other state or local provisions implementing them, as long as the lawyer also advises the client regarding related federal law and policy.”

In response to a question, Manuel said the policy does not address a lawyer who personally runs a medical marijuana business, an option, he said, the committee did not consider.

The board approved the proposed policy, with board member John Stewart casting the only dissenting vote.

“I didn’t feel like the board needed to make a special policy for this one new statute,” he said. “I believe there are other applications in other arenas that are similar and we don’t make policies for those.”

RULE 4-1.2 OBJECTIVES AND SCOPE OF REPRESENTATION

(d) Criminal OR Fraudulent Conduct. A lawyer shall not counsel a client to engage, or assist a client, in conduct that the lawyer knows or reasonably should know is criminal or fraudulent. However, a lawyer may discuss the legal consequences of any proposed course of conduct with a client and may counsel or assist a client to make a good faith effort to determine the validity, scope, meaning, or application of the law.