As Hurricane Dorian nears, most Florida nursing homes lack 4 days of backup power for AC
BY THE ASSOCIATED PRESS AUG 30, 2019 - 8:15 AM 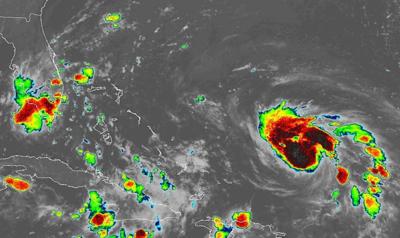 
TALLAHASSEE, Fla. — In hurricane-prone Florida, a state mandate requires all nursing homes and assisted living facilities to have backup generators or power sources for air conditioning. But as strengthening Hurricane Dorian approaches landfall, nearly 60% of the state’s nursing homes have not installed equipment in line with those new regulations, according to data maintained by the Agency for Health Care Administration.

Out of 687 nursing homes in the state, 400 — 58.2% — have been given more than an additional year by state officials to meet the requirements, though the original deadline was the start of last year’s hurricane season. About 90% of the state’s 3,000-plus assisted living facilities, which are often smaller and have fewer beds, have said they have installed equipment that meets the new standards.


The pattern trends statewide. In South Florida, from Palm Beach County to Monroe County, only 59 of 146 nursing homes have implemented their generator plans, according to AHCA records.

The regulations — put in place after a Hollywood nursing home lost power and air conditioning after Hurricane Irma hit in 2017 — require nursing homes to have equipment that can maintain an ambient temperature at 81 degrees for 96 hours after an outage. Assisted living facilities have similar, more lenient standards for power and fuel storage.

The Irma disaster, which eventually shuttered the facility and launched ongoing homicide cases, still reverberates. Hollywood police filed manslaughter charges against four former employees this week and have said more arrests could still be made.

In a statement provided after this story was published online, AHCA Secretary Mary Mayhew said that the agency “remains committed to bringing all facilities into compliance with the emergency power rules.”

“Facilities that have failed to come into compliance will continue to be held accountable,” she added. “In many cases AHCA has imposed sanctions or moved forward with licensure action, and further Agency actions for noncompliance are still pending. Agency staff are also conducting outreach activities with each facility without current generator information in the potential impact area today.”


During the nearly two years since Irma’s landfall, hundreds of nursing homes have repeatedly asked state officials to push back the deadline to meet those regulations. Florida officials have granted that request three times.

Facilities that have obtained “variances” from the requirements are relying on additional temporary generators, portable coolers and in worst-case scenarios evacuations. The agency has previously said facilities need to provide proof of how they will keep residents safe and cool to be approved for more time to meet the requirements, and that facilities need to provide monthly reports of their progress implementing their emergency power plans.

There may be even fewer facilities that have actually met the new requirements. A Herald/Times review of the state database that tracks compliance with the generator rules found multiple discrepancies that did not line up with other state records. A half-dozen assisted living facilities listed future implementation dates for their emergency plans. One nursing home leader said one of his facilities still had a variance for more time to meet the new regulations, but the database lists that facility’s deadline extension as “no longer needed.”

AHCA did not provide an answer to questions about the data discrepancies Thursday, but did share a new, updated website that does not include the plan implementation dates.

In the days after several residents died at the Rehabilitation Center at Hollywood Hills, then-Gov. Rick Scott issued a series of emergency orders, including one mandating that nursing homes and assisted living facilities procure generators and enough fuel to keep temperature systems going for at least 96 hours after a power outage.


But the orders quickly became the subject of months-long legal disputes between the state and industry groups. State lawmakers eventually reached a compromise to require that facilities submit an emergency power plan verifying they installed an alternate power source that could supply electricity for 96 hours. The rules also set requirements for how much backup fuel must be present on site, depending on the facility’s classification as a nursing home or an assisted living facility.

The initial deadline for the Legislature-approved rules was June 1, 2018. But the agency was quickly besieged with requests for extensions of time from facilities citing delays, limited contractors and trouble obtaining equipment.

The agency has since provided variances twice more, this January and this June.

Many of those facilities with “variances” from the requirements have said those backlogs persist, and that paperwork approval at the local government level has also slowed their efforts to install the needed equipment.

“Everyone’s working toward getting their generators installed,” said Kristen Knapp, a spokeswoman for the Florida Health Care Association, which represents nursing homes from across the state. “There’s just a lack of supply and a limited number of people who can do this kind of work.”

She said one of the association’s members had begun procuring a generator in November 2017, after Scott’s emergency rules setting new standards for backup generators. That facility, she said, finally installed its generator in May.

Facilities are also taking other steps to keep their residents safe, she added, pointing to communication with AHCA and other state agencies, as well as other preparations to stockpile supplies and prepare for where Dorian might make landfall.


Similar issues faced nursing home residents before Hurricane Michael reached the Panhandle last fall, when more than half of the 412 assisted-living facilities and nursing homes in 33 counties in the state’s western half had yet to implement their emergency power plans before the storm hit. The Category 5 storm caused widespread destruction and wiped out power to dozens of facilities. More than a half-dozen nursing homes were shuttered afterward, some permanently.

Daniel Galbut, the chief operating officer for the South Florida nursing home group Plaza Health Network, said his facilities are preparing staff and their 650-plus residents before Dorian is projected to hit.

Three of his facilities — Arch Plaza, Jackson Plaza and Sinai Plaza — have variances for more time to install new generators that meet the 96-hour requirement, and Galbut said Plaza Health has rented temporary generators to supplement existing ones to keep residents cool up to the mandated thresholds in the meantime.
Posted by Ed Slavin at 4:06 PM