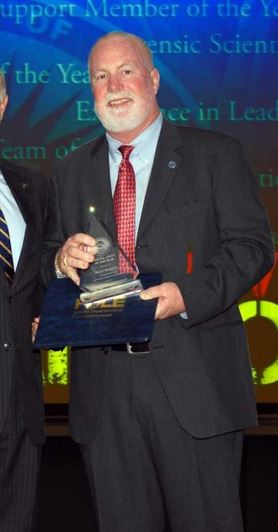 As The New York Times reported in 2017:
"Working for the Jacksonville sheriff, [Special Agent Rusty Ray Rodgers] doggedly pursued a rapist who preyed on poor women and prostitutes. 'They deserve justice just as much as someone who lives on the Southside,' he told the local paper, referring to the wealthier part of town. The rapist got 45 years."
"Later, Agent Rodgers joined the state’s elite investigative unit, the Florida Department of Law Enforcement, where he quickly earned agent-of-the-year honors — and a meeting with the governor — for helping dismantle a terrorist financing network that stretched from Florida to the Middle East."

As reported by The New York Times, Special Agent Rusty Ray Rodgers was retaliated against by controversial St. Johns County Sheriff David Shoar.  Documents and interviews established that Sheriff Shoar assembled a one-sided, misleading, 153 page prosecution brief and worked to get Special Agent Rodgers both fired and prosecuted -- all in retaliation for his dogged investigation of the September 2, 2010 shooting death of Ms. Michelle O'Connell in the home of St. Johns County Sheriff Deputy Jeremy Banks at 4700 Sherlock Place.

Special Agent Rusty Ray Rodgers is an example for all law enforcement officers of the need for courage under fire, and to enforce the law without fear or favor.