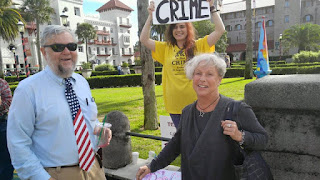 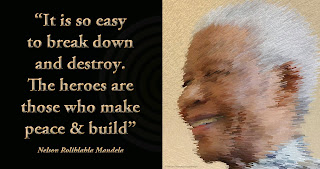 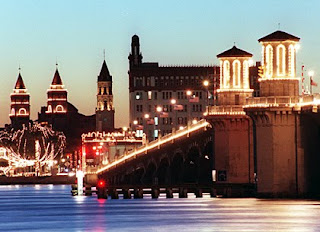 On our City’s 454th anniversary, Sept. 8, let’s take stock of our past and future. There is much to be thankful for here:

• We saved 32 Grenada Street, 1880 Victorian by City Hall — preserved and protected as a local landmark.

• We saved 7 Bridge Street. There’s a conservation easement indoors/outdoors, and HP-1 zoning survives as a bulwark.

• We saved Fish Island. Vice-Mayor Leanna Freeman called it a “miracle.” The burial place of orange plantation and real estate buccaneer Jesse Fish and his slaves will now be a park, preserved forever. As playwright Tony Kushner wrote in “Angels in America,” miracles occur through politics.

Hurricanes are bigger. The ocean level is rising. Flooding of our neighborhoods and streets is becoming the “new normal.” We will survive, but we must act.

There are 31-plus St. Johns County neighborhoods with bad drainage due to poor planning — officials granting approval to destroy wetlands and clear-cut trees.

Before World War II, Sir Winston Churchill spoke against “appeasement,” stating that “The era of procrastination, of half-measures, of soothing and baffling expedients, of delays is coming to its close. In its place we are entering a period of consequences.”

St. Augustine just survived another hurricane, our third since 2016.

Minorcans and Africans in generations before us endured oppression and bondage, surviving slavery and indentured slavery-by-contract, mosquito-borne diseases and starvation.

Our Nation’s Oldest City has the Nation’s oldest town plan (1573). It was drawn for the generations, and still guides us today.

Let’s apply the “seven-generation test” to all who would modify this magical place. How would each proposal affect our quality of life, our precious historic, cultural and environmental heritage in seven generations?

Let’s finally enact the St. Augustine National Historical Park and National Seashore, first proposed 80 years ago by Mayor Walter Fraser, Sens. Charles Andrews and Claude Pepper and Rep. Joseph Hendricks. Let’s protect 130,000 acres of land our governments already own, in two counties, preventing it from being bulldozed, polluted or hornswoggled away from us.

Let’s stop secretive developers’ devastating destruction of forests and wetlands, flora and fauna. As John Muir wrote, “These temple destroyers, devotees of ravaging commercialism, seem to have a perfect contempt for Nature, and, instead of lifting their eyes to the God of the mountains, lift them to the Almighty Dollar.”

Mayor Nancy Shaver refused to meet with zoning applicants, except on one occasion. Too many officials meet secretly “ex parte” with developers. Enough. Let’s require officials to videotape their conversations with developers. If they don’t, who can ever trust them?

Let’s eject money-changers from the temple of our democracy. Let’s show “temple destroyers” the door — they won’t destroy our town and God’s country.
Posted by Ed Slavin at 7:56 PM