Shall we boycott GATE PETROLEUM over the PEYTONS's Outpost scheme to ripoff taxpayers on conservation land?

Greedy Jacksonville billionaires HERBERT and JOHN PEYTON want to rezone and destroy 100 acres of land zoned for conservation  -- The Outpost -- for fancy-bears $750,000 McMansion homes, then extort a higher price from governments to buy the land for conservation as part of the Guana-Tolomato-Matanzas Estuarine Research Reserve.

This is Flori-DUH real estate speculation at its worst.

There is not even a builder or developer signed up, but these billionaire conmen want to rezone and ruin the Guana-Tolomato-Matanzas National Estuarine Research Reserve. Their lawyer emits insults at the hundreds of people who have worked to save this land, accusing them of being emotional or misleading.  St. Johns County is run by a corrupt Republican political machine headed by developer-loving Sheriff DAVID SHOAR, who legally changed his name from "HOAR" in 1994.  Unlike Jacksonville and Duval County, St. Johns County has:


It has a Planning and Zoning Board chock full of Republican politicians, with one Democrat.

In fact, the ROGERS TOWER lawyers' and lobbyists arguments don't hold water and are an effort to increase the price for sale of The Outpost for permanent conservation.

Last month, this hare-brained scheme was rubber-stamped by four Republican politicians on the St. Johns County Planning and Zoning Agency board, ignoring the weight of the evidence and testimony.

Despite law and logic, PZA voted 4-2 to support the PEYTONS' Outpost Scheme.

Meanwhile, let's also consider a boycott of GATE PETROLEUM and its retail stores.

Having spent their time and effort on a scheme to defraud taxpayers, these retromingent, repulsive, rebarbative, reprobate Republicans need to feel our wrath.

Don't give any more money to these obnoxious, greedy PEYTONS, bilious oilmen and Republican billionaires who demand to rezone property and profiteer by selling it to government at higher price.

The reason I know that is that I was counsel for the plaintiff in Duane Rinde v. Woodward & Lothrop, landmark GLBTQ equal rights case, leading to equal discount benefits for partners of employees at 30 Woodies and John Wanamaker stores in six states and D.C. 1989-1990.

Result: we helped make the case for Gay marriage, and I was invited to write about the Woodies case in the first article on Gay marriage for an American Bar Association publication in 1991.

So I won't be stooping to stopping or shopping at GATE any longer. I will not subsidize the PEYTON's lifestyle of ripping off taxpayers and destroying nature.

Will you join me? 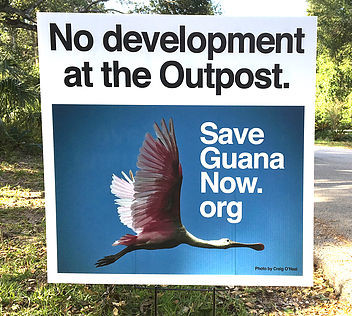