"Looks like the rattlesnakes are beginning to commit suicide."
-- Gene Hackman as FBI Agent Rupert Anderson in the film, "Mississippi Burning."


On June 16, 2018, the St. Augustine Record finally reported on the removal of St. Johns County Republican Executive Committee Chair WILLIAM KORACH.  This blog scooped the Record by a country mile, first reporting the news on June 7, 2018: 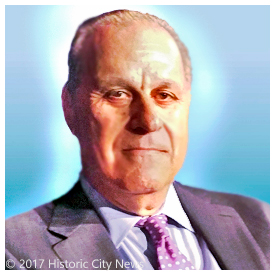 Controversial St. Johns County Republican Chair WILLIAM KORACH was reportedly ousted after complaints, "filings and a hearing in Tallahassee," after which the Republican Party of Florida vacated KORACH's seat and designated JERRY CAMERON the Acting Chair.

So big-spending KORACH is OUT.  Second Vice Chair DIANE SCHERRF has resigned.   No comment from RPOF in response to e-mail and telephone messages. 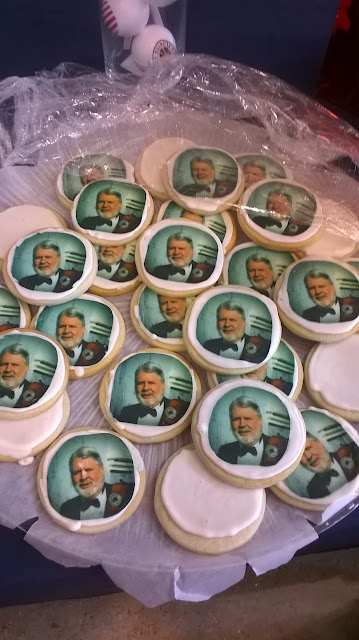 JERRY CAMERON is Acting Chair and might be elected chair on July 2, 2018.

Was this what CAMERON was talking about with Sheriff DAVID SHOAR on June 5th outside the St. Johns County Commission Taj Mahal meetings?

As Lincoln would say, "Why is this thus, and what is the reason for this thusness?' 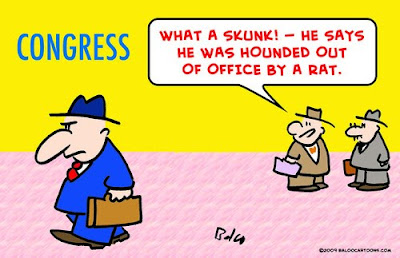 Meetings have been cancelled.

Was sexual harassment at issue?

And whatever happened to the proceeds from a 2017 fundraiser, which was attended by three-time Pulitzer Prize winning investigative reporter Walt Bogdanich of The New York Times and a photographer?

The SJC REC is a shambles.

Eight candidates, ranging from the dodgy to the criminaloid, vie for the post.

"Every little movement has a meaning all its own" in SJCREC, our provincial local hick hack Hezbollah, the Party of God and Commerce, where oleaginous longtime SJC Chair WILLIAM KORACH allegedly spewed bigotry and spilled his drinks.

Radical SJC Republicans cheered when an outside speaker called President Barack Obama an "animal."  It happened in 2016.

It was widely reported statewide and beyond (but only belatedly reported by STUART KORFHAGE of the St. Augustine Record, who demurely reported the speech was before an unidified "Republican group." 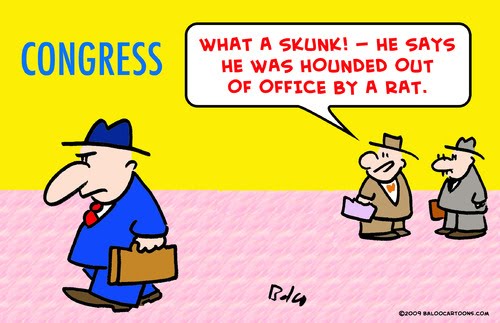 Who knew that dull developer-driven Republicans could be so lively?

Grievant Diane Scherff alleged KORACH grabbed her breasts in public when giving her an award.

Fired REC Chair WILLIAM KORACH has been projecting projectile targeting fatwas against transgender youth and Jacksonville's human rights law, one of the topics in the detailed complaint against him.

Shades of C. Wright Mills, the two completing "elite" groups don't like each other very much and are fighting over the shambolic post-TRUMP future of the once "Grand Old Party" in St. Johns County.

SJC REC now resembles a drunken, alcohol-fueled brawl, with allegations that KORACH was frequently soused, pickled, inebriated, intoxicated drunk and disorderly, once allegedly grabbing the breasts of the Second Vice Chair, Diane Sheriff while presenting her with an award.

In his written defense to RPOF, KORACH stated he'd always been "congenial and collegiate" (sic) with fellow Republicans; is that a another Freudian slip, since he acts like a drunken college fratboy?

Conspiratorial-minded REC member Cheryl Howell wrote that she suspects "a coup to out (sic)" KORACH.  Presumably, she meant "oust." Is this another one of those Floridan Freudian slips, insofar as KORACH acts out homophobia, like a self-hating Gay man, not unlike the late ROY MARCUS COHN (DONALD TRUMPs mentor).

Ousted (or outed) SJC REC Chair WILLIAM KORACH says he is a former Citibank and New England Life Ins. Co. executive and Navy Commander.  He apparently had the funds to hire the COQUINA LAW GROUP to file a complaint.  No model of legal draftsmanship, it sheds more heat than light.


Some of the letters lack indicia of reliability or authenticity -- a series of self-serving unsigned, unsworn letters and e-mails, inter alia questioning the grievance' motives and stating what they claim they did not see, some seemingly blocked and copied into one continuous document from KORACH's computer.

This inadmissible self-serving hearsay"evidence" now contaminates the Court file, and should be subject of an RPOF motion in liming.

Memphis law professor W. H. "Toby" Sides taught that you could "sue the pope for bastardy if you swear out a cost bond" -- that you can sue anyone for anything.

But in the words of our Memphis Contracts Professor James Tigner, "you din't lead with your chin."  Ignoring this boxing legal maxim, has WILLIAM KORACH, with a glass jaw, brought the entire weight of the Florida judicial system down on his alleged actions?

Who knew that the COQUINA LAW GROUP and lawyer JEREMIAH MULLIGAN, partner of JAMES PATRICK WILSON, would empower KORACH to file a lawsuit?

If you sue someone, you confer rights on them, as Anderson County, Tenn. DA James Nelson Ramsey told me in 1981.

In this case, is KORACH doing the boxing equivalent of "leading with his chin?"

Judge J. Michael Traynor might rule for RPOF on "threshold" questions as to whether or not KORACH's claims are "justiciable" (RPOF states that internal party matters are not justiciable as essentially political questions under Supreme Court law).

Otherwise, KORACH has a due process right to what the late Judge Fred Friendly called "some kind of hearing."

Court notes indicate that if held, it would be an "evidentiary hearing."

That could be followed by inevitable briefs, motions,  emotions and trips to the Court of Appeals in Daytona Beach, followed by a slim chance the case could be appealed to Florida's Supreme Court

What this may mean: a revealing, intriguing hearing in Circuit Court this summer, inter alia exposing the inner workings of the St. Johns County Republican Party.


An apparent rift and leadership shakeup within the local Republican Party made it into the public sphere earlier this month when the former chairman of the St. Johns County Republican Executive Committee filed a lawsuit in circuit court asking for a judge to keep the party from removing him from his seat.

According to the complaint filed June 4, state GOP chairman Blaise Ingoglia removed Bill Korach from his local seat on May 29. Korach, the complaint says, was first elected precinct committeeman in 2008 and has served as vice chair or chair or the local Republican Executive Committee, or REC, since 2012.

The complaint and documents attached as exhibits show that Ingoglia acted on the recommendation of a party grievance committee that was convened after three local party members and a state committeewoman filed a nine-part grievance against Korach that alleges, among other things, public drunkenness, “improper acts towards females” to include “even touching improperly,” promoting personal opinions on party letterhead, failing to file accounting records, and conducting a business meeting without a quorum and improperly electing new members to the committee.

“Chairman Korach has shown by his actions that he is not capable of fulfilling the duties of Chairman of the REC and our fear that his driving under the influence, personal agenda, and possible sexual misconduct could irreparably harm the REC we ask Chairman Ingoglia remove the Chairman at his earliest opportunity,” reads a portion of the summary of the letter signed by St. Johns County REC Recording Secretary Eric West; Dianne Scherff, who was the REC’s second vice chair at the time; REC Corresponding Secretary Michel Pawlowski; and State Committeewoman Elizabeth Granite.

The summary goes on to point out that Scherff, as second vice chair, would serve as acting chair until an election for the seat could be held, but Scherff, according to Korach’s complaint has since resigned her position.

Acting chair now — by virtue of his position as first vice chair when Korach was removed — is former assistant county administrator Jerry Cameron.

Korach attorney Jeremiah Mulligan, in a hearing Wednesday before Circuit Judge Michael Traynor, said Korach “vociferously denies” the allegations in the grievance letter and included in his filing Korach’s 35-page response to the grievances that he sent to the grievance committee.

In it Korach characterizes the paragraph containing allegations of verbal abuse, intoxication and sexual harassment as “full of innuendo and undocumented charges” and attacks an accusation that he grabbed a female colleague’s breast as a “complete falsehood” refuted by witnesses who were seated nearby when it is said to have happened.

Korach’s response also includes at least 14 “letters of support” and other “letters of rebuttal” from various colleagues and party members including Clerk of Court Hunter Conrad and Cameron.

The complaint that Mulligan filed on Korach’s behalf argues that many of the allegations in that letter date back as far as 2015 and many lack “basic specifics” including the date of the activity, but the bulk of the complaint doesn’t attack the allegations directly, rather it questions the state GOP’s ability to remove Korach in the first place and alleges that, even if it does have the ability, it violated its own processes put in place to do so.

Mulligan told Traynor much the same thing on Wednesday.

“Our problem, our grievance with the way that they removed my client, is they didn’t follow any of their rules,” he said.

That hearing was called in response to Mulligan’s motion for an emergency injunction that would essentially stay Korach’s ouster as the case for a permanent injunction against the removal proceeds.

What Traynor will have to decide first though is whether his courtroom is even the proper venue to weigh the matter.

That it is not is the position of the Republican Party of Florida, and its attorney, Michael Orr, who argued before Traynor that it is not the court’s place to get involved in the internal workings of the party and asked that Traynor first decide on that “threshold” legal issue before having an evidentiary hearing on the emergency injunction.

It was argument on that point that took up the bulk of Wednesday’s hearing.

Traynor has not yet ruled on the matter and asked the attorneys to keep a July date on their calendar open should he decide that it is “justiciable.”

As for party leadership, Cameron remains acting chair though he said in a brief phone interview on Friday that elections for that seat and Scherff’s second vice chair seat will be held in early July.

West has announced his candidacy for chairmanship, Cameron said, and Pawlowski and Robert Smith are running for Scherff’s old seat.

Cameron said the whole process has been “disruptive” to a party that should be working together to get ready for the midterm elections and expressed hope that things will be back on track soon.

“I am looking forward to getting past this and getting back on mission,” he said. “And hopefully settling the disputes within the party.”
Posted by Ed Slavin at 10:14 PM