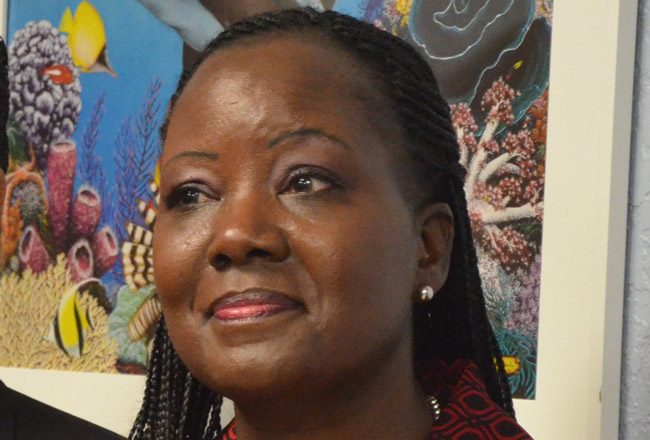 Sally Sherman, the Flagler County deputy administrator until Feb. 28, when she ‘retired,’ returning to work the next day at a much higher pay as a ‘consultant.’ (© FlaglerLive)
In 2009, the Florida Legislature passed a law that closed a loophole in retirement rules. Until then, government employees in the Florida Retirement System could retire, start drawing a retirement check, then return to work at their old position within 30 days. It’s called double-dipping. Nine thousand workers were doing it at the time, double-charging taxpayers and keeping new blood from taking government jobs.

The 2009 law banned any such retirees from returning to work before six months. The purpose of the law was to stop double-dipping, open doors to younger entrants into the government workforce, and prevent governments from keeping positions “vacant” as a way of running out the clock, or saving the job, until the same “retired” employee could grab it again.
Governments could still play the game and keep a position vacant for six months, of course, as then-Sen. Mike Fasano, the sponsor o f the bill closing the loophole, anticipated at the time: “Shame on any government entity that holds a job for six months after someone retires — shame on them,” he said. “If you can do without that position for six months, you don’t need that position.”
Lawmakers only thought they were closing a loophole. They did not figure on the creativity of local governments and a cottage industry of private companies ready to game the system, among them the Flagler County government administration.
Sally Sherman was Flagler County’s deputy administrator for the past 10 years and an old loyalist to Administrator Craig Coffey: the two go back to their days in Seminole County government. Two months ago Sherman was making $136,468.80 a year. On Feb. 28, a Wednesday, she “retired.”
But not really.
Sherman was back at work the next day, Thursday. Same email address. Same phone number. Same office. Same travel and conference trips (she was with Coffey at the state county and city manager association’s annual meeting in Orlando last week). Different salary: she is now paid $148,740, an overnight 9 percent raise the county’s rank-and-file employees could only dream of. Also, different title: “Consultant” and “Special Projects Coordinator.”
Sherman also got a $330,148 retirement payment, according to the Nina Ashley, the communications director at the Florida Department of Management Services.
Sherman also started getting a monthly retirement check of $5,681, or $68,172 a year.
In other words, Sherman is now the third-highest paid county-government employee after the county attorney or the county administrator—or, as far as taxpayers are concerned, since they’re footing the bill, one of the highest paid government employee across Flagler County, if you count her retirement checks: $216,912 a year.
The way the county manages to skirt the law against double-dipping inside of six months is simple: she is not technically a county employee. She is an employee of JMI Staffing Solutions, a Land O’Lakes-based (and faith-based) staffing company the county has been using for a few years.
Sherman “retired” three months ago. Coffey has not posted the position of deputy county administrator since she left. “Flagler County will fill the position when time affords,” Julie Murphy, the county’s chief spokesperson, said. “I am told she would have to be away from her previous position for a year before being eligible to take it back. Flagler County is not actively seeking to fill the position at this time.” 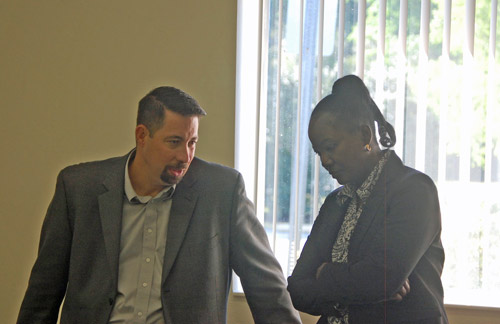