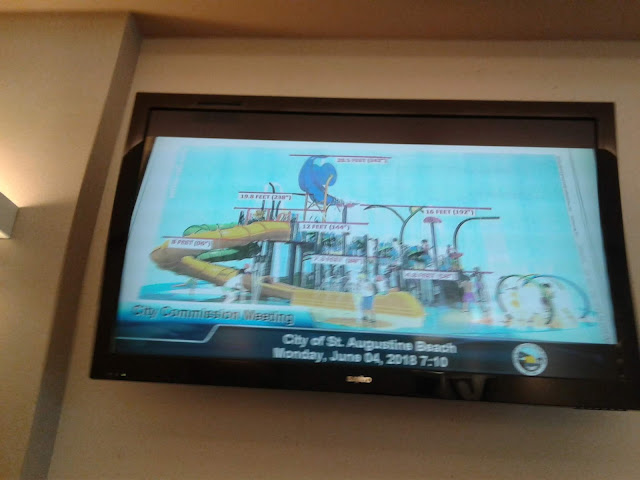 One of local governments’ finest hours. Correctly decided, after full and fair hearing and appeal.

Two local boards at their best.

Still no answer about what is "Phase II" of Embassy Suites. 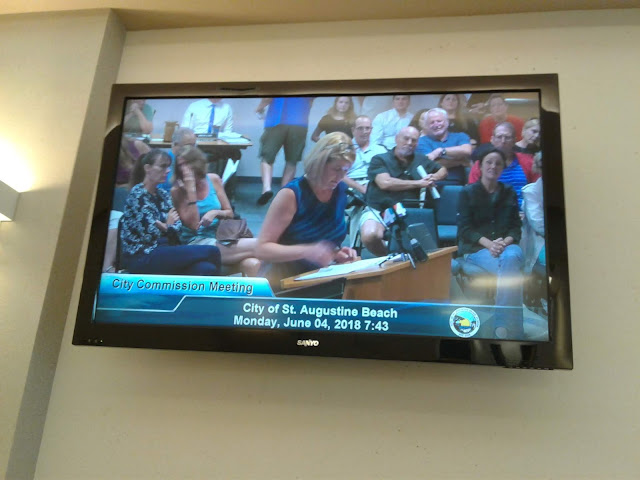 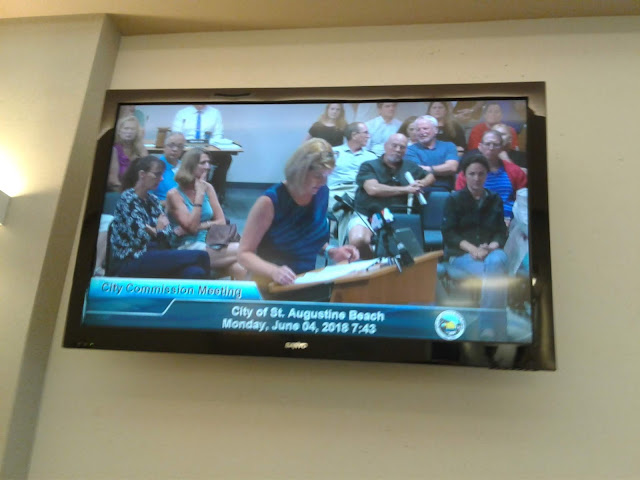 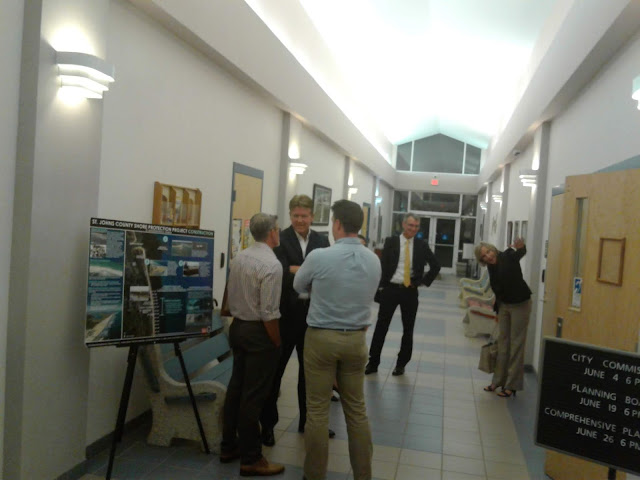 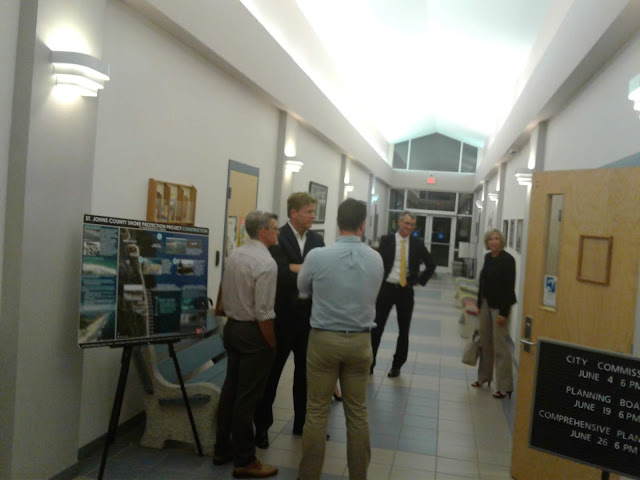 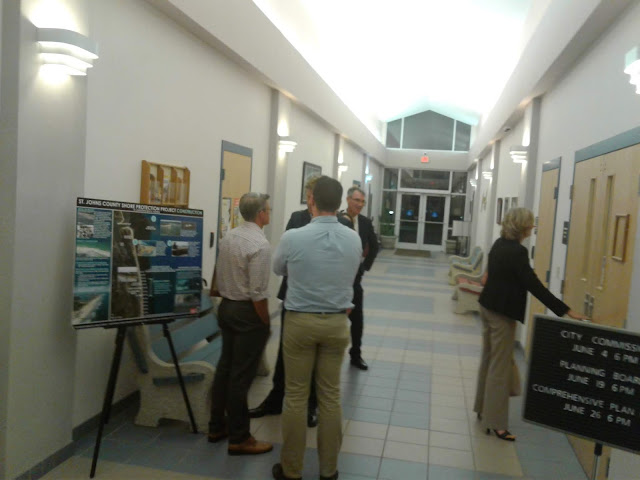 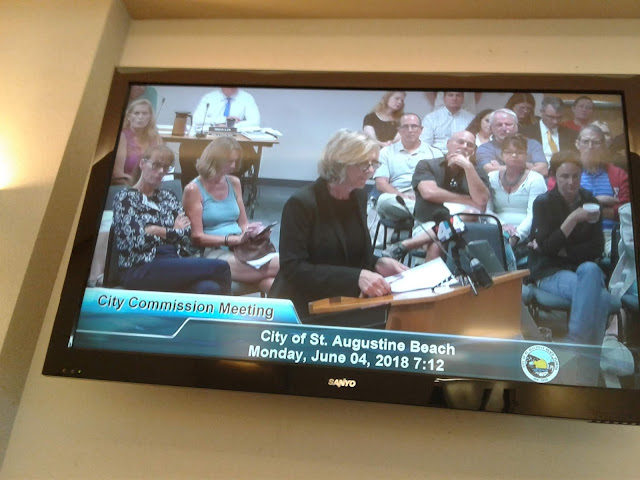 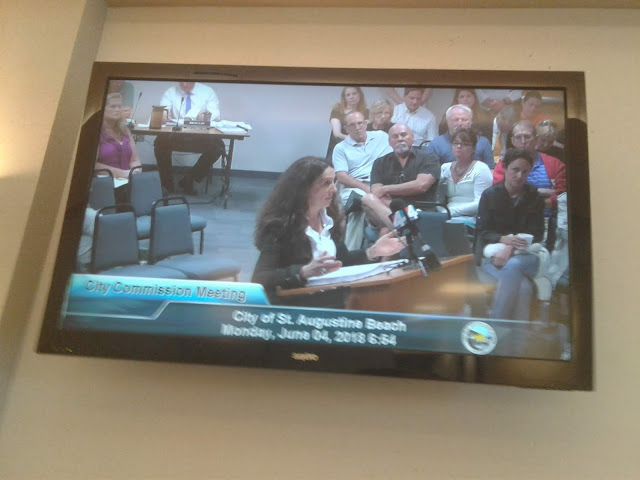 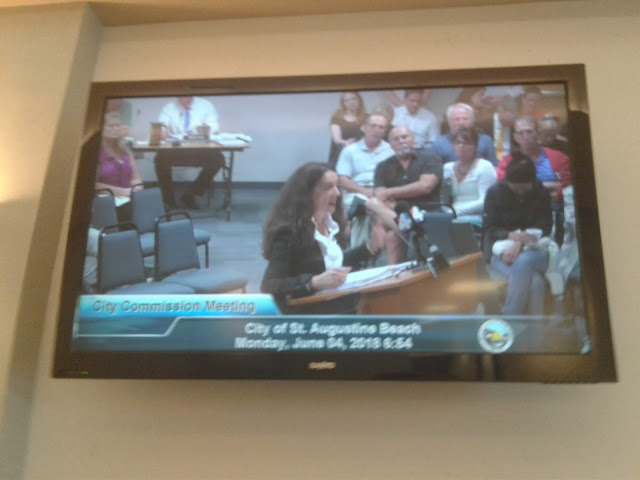 Overbearing, obnoxious AKERMAN lawyer CINDY LAQUIDARA, former City of Jacksonville General Counsel, talked down to Commissioners. (Nasty woman). When Commissioners asked about a compromise: "NO" was the only response of co-counsel THOMAS INGRAM. (At least this time INGRAM wore a tie.).

This pro malo band of bumptious brigands billed our City of St. Augustine more than $200,000 for the dubious proposition that illegally-dumped solid waste dumped in our Old City Reservoir (in the African-American community of West Augustine) could somehow legally be brought back to the African-American community Lincolnville (2000 truckloads) and, mirabile ductu, turned into a "park."

We paid for AKERMAN's mistakes. About $1 million.

Cleanup was required and ordered by the State of Florida after We, the People, blew apart AKERMAN's smoke and mirrors.

The City and State finally agreed with us that the State of Florida was right in the first place, ordering the waste -- 40,000 cubic yards of it, or enough to fill in six Olympic sized swimming pools to a depth of six feet -- deposited in a Class 1 landfill.« less 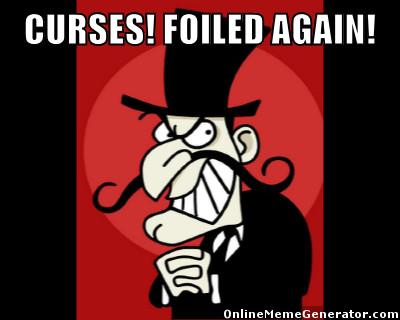 We, the People, have defeated an overbearing AKERMAN client again, preserving God's country from a wave of ugliness: 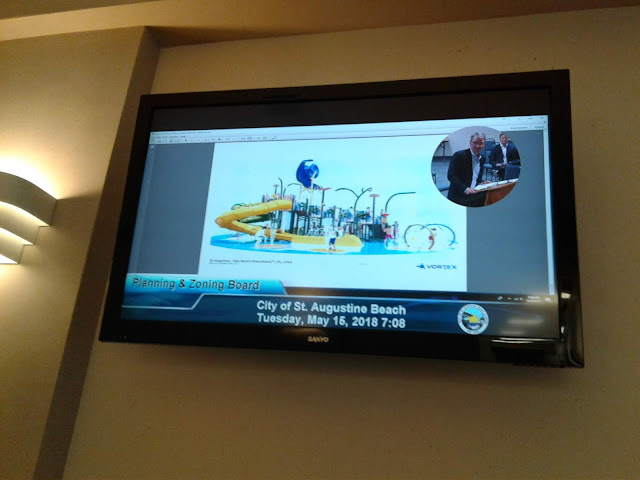 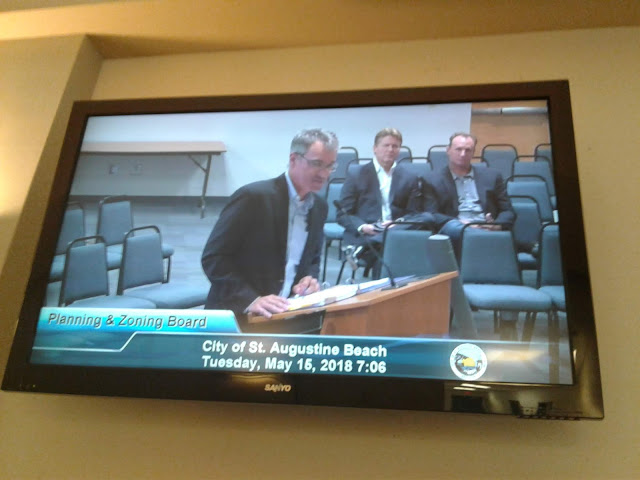 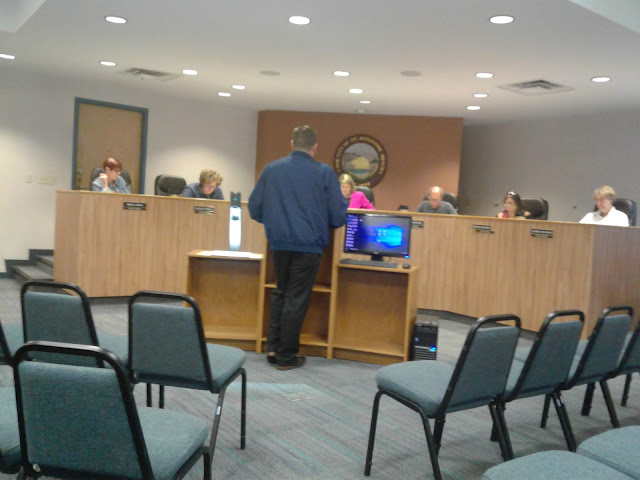 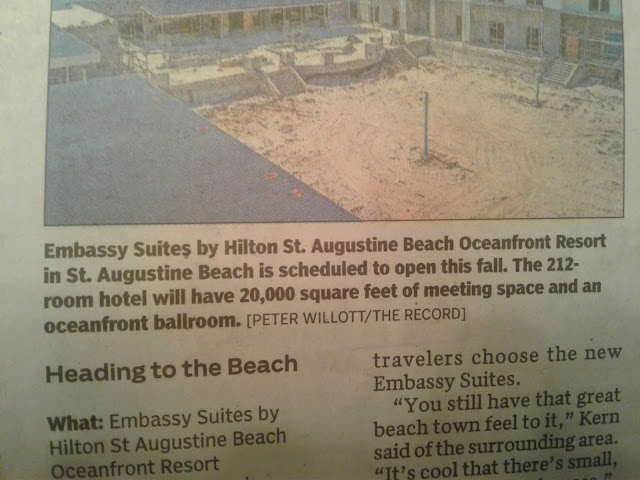 St. Augustine Beach Commissioners voted unanimously Monday night to deny a request to add a nearly 30-foot water park at Embassy Suites on A1A Beach Boulevard, a property being developed by Key International which is expected to open this year.

An attorney for the developers of Embassy Suites called approval of a water park on the site a “ministerial act,” but St. Augustine Beach commissioners disagreed.

“We are elected officials to represent the citizens in this community ... This hotel, as beautiful as it is, has already changed the face of our community,” Commissioner Maggie Kostka said, citing strong opposition from the audience.

Their decision to deny the request, in a motion made by Mayor Undine George, listed a series of reasons: the applicant failed to address parking concerns, landscaping plans were insufficient, the water playground marked a major deviation from original plans, and it would incompatible with the surrounding area, among other concerns.

The developers have about a month to file an appeal of the decision in the court system, City Attorney Jim Wilson said. Thomas Ingram, an attorney for the developer, said Tuesday via email to The Record that he didn’t have information he could provide on the developer’s plans in the wake of the denial.

The Commission’s decision to turn down the water park marked a victory for many in attendance at City Hall who were against the project, some of whom believe the hotel shouldn’t have been approved at all because of its height.

City voters adopted a law in 2014 that limits building heights in the city to 35 feet, with 10 feet more allowed for “architectural features.”

When the original development plans for the Embassy Suites were approved in 2015, officials argued that the 35-foot limit for the hotel should be measured from the first floor of habitable space because the building had to be elevated for flood insurance purposes. That led to the approval of a more than 50-foot tall building.

While a water park isn’t a building, the matter still resurrected anger and confusion over building height.

The planning board unanimously recommended in May that the City Commission turn the water park request down. Part of the reason was that the splash park equipment, which would be more than 28 feet at its highest point, would be built on elevated land.

From sea level, it would be more than 40 feet tall, said Jane West, planning board chair. West also said the water park plans marked a strong departure from original development plans that showed a serene resort.

In a memo to the board, Building Official Brian Law noted that the city’s Land Development Regulations don’t specifically address a water park. Still, he recommended the park be allowed because the height of the equipment will be less than 35 feet, and the plans would meet city setback requirements.

Cindy Laquidara, an attorney representing the owners, said the water playground is in keeping with the city’s family friendly environment. She also said it meets the requirements of city regulations and that approving the request was “ministerial.” Embassy Suites is already advertising a splash park at the facility on its website, despite not having approval from the Commission.

About 20 people spoke on Monday night, with about 2/3 opposed to the project or wanting more review or changes.

Julie Campbell Abicht, of St. Augustine Beach, asked the Commission to deny the water park request. Abicht, a former beach planning board member, said the city’s code does not address recreational water areas because there wasn’t a need for such rules. She said the city needs to specify that its height limit is 35-feet, period, regardless of how high the building has to be elevated.


“The people of St. Augustine Beach are really upset already [over] what they pulled on the flood elevation,” she said.

David Pearson, of St. Augustine Beach, supported approving the water park because he believed it would help draw more families to the area.

“We have a very family oriented community,” he said.

Carolyn Karger, of St. Augustine Beach, asked that the commission deny the construction of the water park.

“It doesn’t contribute to the image of the city. ... It will likely be the first thing anyone sees pulling into town on [State Road] 312,” she said.

Donna Chapman lives near the Embassy Suites and grew up in the area. She said the hotel has helped property values and will likely be one of the nicest resorts in St. Johns County. She supported the water playground.

“We love it. ... What the [hotel] has done to us for property values is tremendous. People are wanting to buy in to build close to it,” she said.

Commissioners cited a variety of concerns with the proposal.

Vice Mayor Margaret England said drivers could be distracted by the water park as they come along A1A Beach Boulevard, though it would be behind the hotel and partially hidden by landscaping.

For Commissioner Rich O’Brien, parking at the hotel was the top issue. With meeting rooms and restaurant space planned for the more than 170-room resort, there is already a parking shortage, he said.

“If you’re already short of parking and you’ve added another feature, you’ve just exacerbated the problem,” he said.

Wanda Forrest, transportation planning manager with the North Florida Transportation Planning Organization, provided a presentation that showed managed toll lanes are planned for Interstate 95 from International Golf Parkway to the Duval County line. Managed lanes give people the option to use toll lanes or not, she said.

Commissioners delayed discussion on most other items until a meeting on June 12.
Posted by Ed Slavin at 2:42 PM