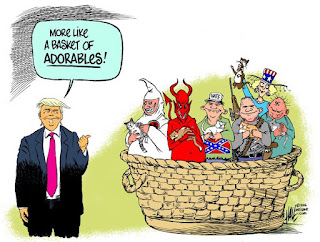 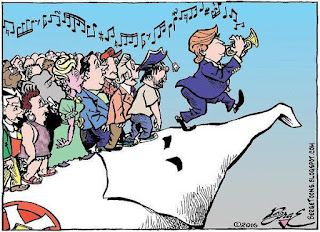 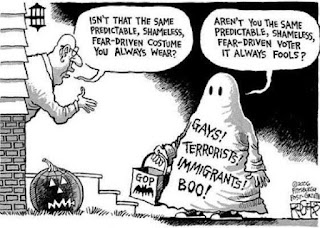 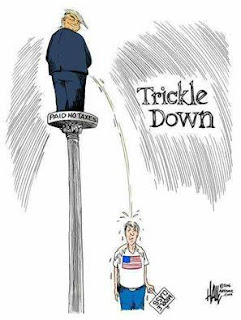 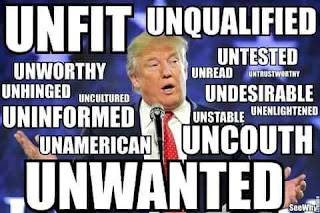 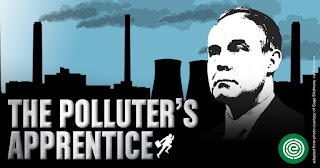 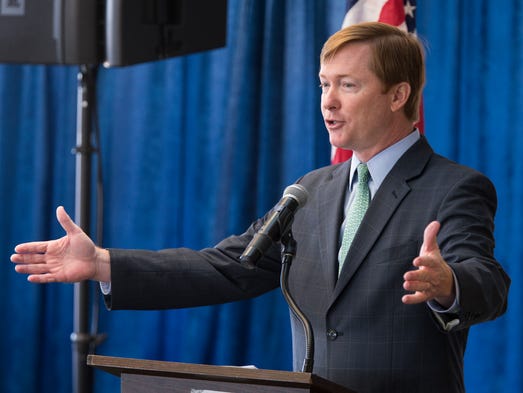 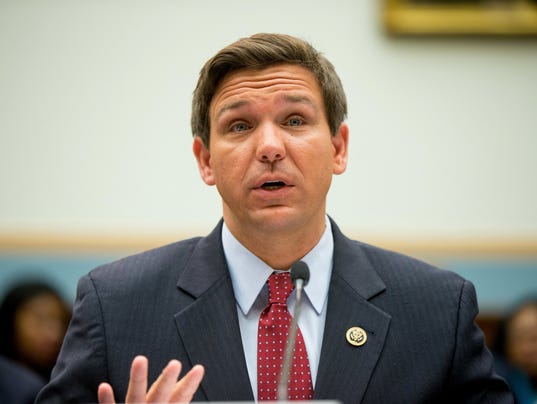 (Photo: Andrew Harnik/AP)
CONNECTTWEETLINKEDINCOMMENTEMAILMORE
TALLAHASSEE — Shortly before entering Florida’s gubernatorial race, U.S. Rep. Ron DeSantisaccepted a paid trip to attend a conference featuring speakers who have defended a candidate accused of child molestation, suggested killing Muslims and argued that women are less likely to be in leadership roles because of “biological causes.”
The David Horowitz Freedom Center, established by right-wing provocateur David Horowitz, picked up the $1,218 tab for the three-term congressman’s two-night stay at a luxury beachfront hotel in Palm Beach last November, according to financial disclosure forms. DeSantis, a Palm Coast Republican, was invited to speak on national security issues.
Horowitz has emerged as an influential conservative political figure and has publicly shared controversial views on race and immigration, once lamenting the national "melodrama of black victimization and white oppression."
“If blacks are oppressed in America, why isn’t there a black exodus?”  Horowitz wrote in a 1999 Salon article.
As DeSantis runs a hard-line conservative campaign to become Florida’s next governor, he has aligned himself with prominent right-wing conservatives like Horowitz, who is close friends with U.S. Attorney General Jeff Sessions and others who have helped shape President Donald Trump's administration.
DeSantis, who has been endorsed by Trump, is running in the GOP gubernatorial primary against Agriculture Commissioner Adam Putnam, who also is trying to align himself with Trump. But the president once again Friday made clear his choice in the race.
“Congressman Ron DeSantis, a top student at Yale and Harvard Law School is running for governor of the great state of Florida. Ron is strong on borders, tough on crime & big on cutting taxes - loves our military & our vets. He will be a great governor & has my full endorsement!" Trump tweeted Friday.
More: Republican candidates for Florida governor talk tough on crime
More: Florida's GOP gubernatorial hopefuls loyal to their pro-NRA records of expanding rights
DeSantis' relationship with the Horowitz group could help him in the GOP primary, but complicate his general election race against the Democratic candidate, where more moderate views may be necessary.
The Southern Poverty Law Center, which tracks hate groups and white nationalists, has said Horowitz's conferences "range from single day presentations given by anti-Muslim fear mongers in Horowitz’s network to extravagant weekend getaways that convene government officials with far-right thought leaders and activists."
Last year, when DeSantis was invited by Horowitz to speak about Middle East foreign policy issues at his annual Restoration Weekend in Palm Beach, he was one of four GOP congressional attendees invited to talk about policy issues.
More: GOP lawmaker wants to give Robert Mueller's Russia investigation a six-month expiration date
DeSantis traveled just over three hours from his northeast Florida home south to the event with his wife, Casey, according to congressional disclosure records. The couple stayed Nov. 17 and Nov. 18 at The Breakers Palm Beach resort for $375 a night and charged $234 "per participant" for meals, all expenses that Horowitz's group paid.
DeSantis did not respond to requests to his campaign for comment and referred all question to his congressional office. Elizabeth Fusick, his deputy chief of staff, said he attended the weekend event in his official capacity as chairman of the National Security Subcommittee of the House Committee on Oversight and Government Reform and a member of the House Committee on Foreign Affairs.
Video of DeSantis’ 36-minute speech was reminiscent of past speeches he has given on foreign affairs, most notably his strong support to empower the military.
FL governor race: Samples: Which Florida governor candidate would be best for the Everglades and estuaries? 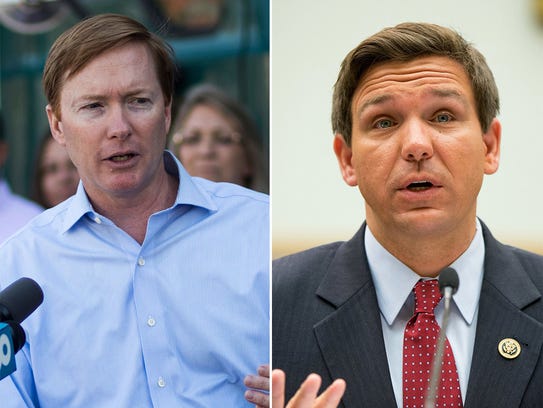 Agriculture Commissioner Adam Putnam, left, and U.S. Rep. Ron DeSantis. (Photo: naplesnews.com)
“I would say, and the [Trump] administration hasn’t fully embraced this, that you can kill the terrorist — and we should kill the terrorist. But unless you attack the underlying ideology that fuels terrorism, there will be new terrorists that will come forward,” DeSantis told the crowd that quickly applauded in response.
DeSantis' congressional staff declined several requests to discuss whether the congressman endorses the views and opinions of his host and speakers at the Horowitz event.
Other speakers at the event included former Trump strategist Steve Bannon; Sebastian Gorka, a former Trump adviser who was a vocal defender of Trump's travel ban targeting predominantly Muslim countries; Robert Spencer, who runs a blog called Jihad Watch created to raise awareness about “Islamic supremacism;” and American Majority CEO Ned Ryun, who defended Alabama U.S. Senate candidate Roy Moore, accused by a woman of sexually touching her when she was 14 years old.
More on DeSantis: GOP Rep. DeSantis jumps into race for Florida governor
“This is a hit job by the establishment, I will guarantee you that someone in Mitch McConnell’s camp planted the story,” Ryun told FOX News after The Washington Post revealed the accusations against Moore. “I find it very suspicious that less than a hour after the article ran, Mitch McConnell was calling for Roy Moore to get out of the race.”
Horowitz at the time tweeted that he believed Moore was “guilty as accused," yet he thought people should still vote for him.
“1) it happened 30 years ago, & 2) he can't be removed from the ballot, & 3) electing a Dem strengthens a party that defends these criminals,” Horowitz noted in the tweet referring to Democrats.
Moore lost the Alabama election to Democrat Doug Jones.
More: Matt Gaetz goes after Adam Putnam at joint Ron DeSantis campaign rally in Pensacola
Bruce Thornton, a professor of classics and humanities at California State University, Fresno, spoke at one of the panels in November called “What in the World?” In 2011, he shared views on Islam in a Fora TV interview, saying, “(Muslims) always say, ‘We love death more than we love life.' Then why don’t we just give them what they love.”
Former Google engineer James Damore was also at the November event to receive an award for his "courage" in writing a controversial memo in which he argued women were less likely to be in leadership roles in Silicon Valley due to biological differences, not discrimination, and added that women are less interested in high-stress jobs because they are more anxious than men.
Horowitz's push for conservative ideologies have given him a platform in recent years to close allies in the Trump administration. Most recently, he defended Trump’s immigration policy that led to hundreds of children being separated from their parents at the Mexican border.
“It’s not a policy of family separation,” Horowitz said earlier this week in an interview with The Guardian. “It’s the government’s hands are tied by Obama and the Democrats, so if a kid gets in, everybody gets in. It’s disgusting. It’s an abusive exploitation of these kids.”
Posted by Ed Slavin at 3:52 AM