In Historic Move, ABA Revokes Abysmal Law School’s Accreditation 'It's about damned time,' said one of the school's graduates. (Above the Law) 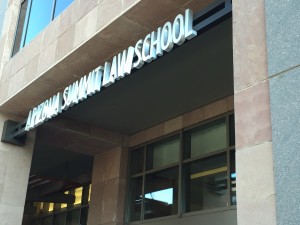 Ever since the American Bar Association began cracking down on law schools that seemed to be playing it fast and loose with accreditation standards, it was only a matter of time before the organization dealt out the ultimate punishment to a deserving law school — and now, that time has come. Late on Friday, the ABA informed Arizona Summit Law School that it intended to strip the school of its accreditation. This will be the first time that the ABA has revoked accreditation from a fully accredited law school.
Arizona Summit Law School’s numerous weaknesses and failures have been documented in these pages for years. From its dubious admissions practices to its repeated bar-exam embarrassments to its depressing employment statistics, this for-profit institution has been maligned in the press for good reason. Before owner InfiLaw took over, the school existed as the Phoenix School of Law and boasted a 96.7 percent pass rate on the state bar exam in July 2008. These days, the law school is lucky if more than 20 percent of graduates are able to pass the exam.
Last March, the ABA stepped in and put the school on probation for being woefully out of compliance with accreditation standards, and in January, the ABA notified the school that it was out of compliance with yet another accreditation standard. After more than a year in a “critical” situation where “only immediate and substantial action” could put the school back on the right track, the ABA found that Arizona Summit was still out of compliance, and decided to drop the hammer. AZ Summit will be unable to enroll additional students and must create a teachout plan to ensure that current students will be able to complete their degrees and take the bar exam.
After President Don Lively and Interim Dean Penny Willrich shared the news with faculty, staff, students, and alumni, several alumni reached out to Above the Law, not to bemoan the fact that their alma mater may soon be no more, but to drop spiteful messages because as former students, they saw the writing on the wall:
SPONSORED CONTENT 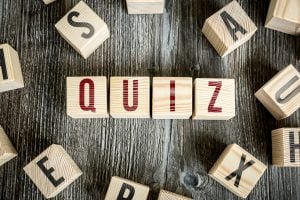 What Do You Know About AI & Legal Research?
Test your knowledge, take our quiz!
ABOVE THE LAW
Take a look at Arizona Summit’s recent bar exam statistics to see why its graduates are completely unsurprised by the ABA’s decision to revoke the school’s accreditation:
The Arizona Republic caught up with Lively, who doesn’t seem to be taking the ABA’s decision on his law school’s swift descent into oblivion very well:

“We have done exactly what the ABA asked us to do: increased admission standards, revamped curriculum to ensure rigor and fortified academic support,” he said.
The ABA’s decision to pull accreditation “seems unduly harsh for an institution that has performed well for most of its history, took appropriate curative action in a timely manner, and to this day remains in compliance with bar pass standards.”

The ABA’s decision to pull Arizona Summit’s accreditation comes curiously close to the law school’s suit against the accreditor for applying its standards in an “arbitrary and capricious” manner that violate due process.
Arizona Summit has 30 days to appeal the ABA’s decision, and the administration has pledged that an appeal will be made. Unfortunately for those students, many of whom have put a significant amount of student debt on the line for a degree from Arizona Summit, the school’s chances of success are looking about as good as its graduates’ recent bar exam performances — that is to say, failure is in this law school’s future.
SPONSORED CONTENT 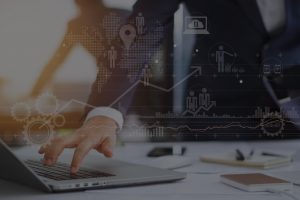 Staci Zaretsky has been an editor at Above the Law since 2011. She’d love to hear from you, so please feel free to email her with any tips, questions, comments, or critiques.
Posted by Ed Slavin at 5:48 AM