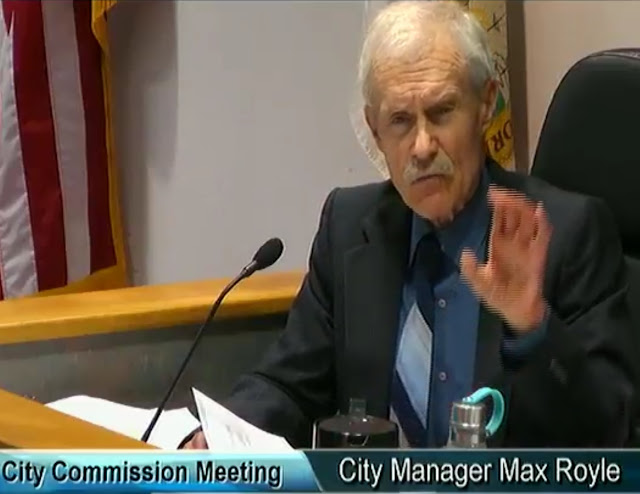 These 609 words are freighted with animus against First Amendment protected activity.

We in the reality-based community were shocked, shocked when this haughty hater's hate speech appeared in local monthly rag associated with the St. Augustine Beach Civic (sic) Association, Inc., longtime 18 year no bid contractor for the Wednesday Farmer's Market.

Seeing this same hate speech on a government website ends the debate.

Has MAX ROYLE lost his grip on reality?

It's time for him to go.

Commissioner Maggie Kostka is right -- it's time for a national search for a new St. Augustine Beach City Manager.  See my e-mails, below ROYLE's ranting rodomontade. 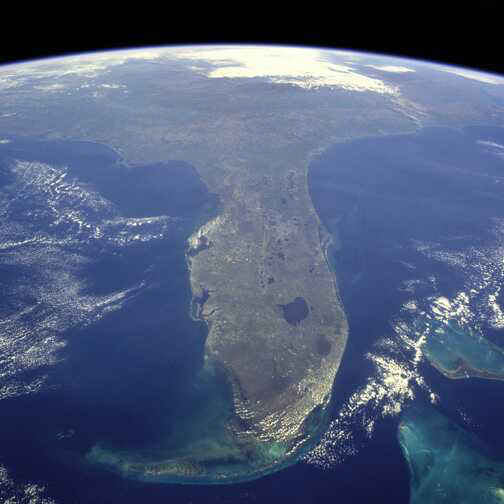 
SLOGAN
City Manager Mr. Max Royle
Cities across our land have adopted a slogan to make themselves stand out as distinct from each other. There’s St. Louis (“Gateway to the West”); Walla Walla, Washington (“The City Was So Nice They Named It Twice”); Talent, Oregon (“Our Name Speaks for Itself”); and this interesting one for Yuba City, California: “The Prune Capital.” But if I had to select a couple of favorites, they are: Gas, Kansas, population 520, in southeastern Kansas. Its slogan is the memorable “Don’t Pass Gas, Stay and Enjoy It.” And then there’s Happy, Texas: “The Town Without a Frown,” though you have to wonder if all of Happy’s 678 residents are frownless. Surely something must happen in Happy (maybe a dust storm, or Aunt Maybelle’s Pie Emporium running out of flour) that makes at least a few people frown. Do you think our little corner of the Florida paradise needs a slogan, something catchy that summarizes what the city is “all about”?
If so, then we definitely should reject the slogan that some people are constantly trying to foist on our fair city, which is, “St Augustine Beach: Where Dead Horses are Beaten.” If you have ever been at, or watched the City Commission meetings on TV or on our YouTube connection, you’ll have seen the same three or four persons, some of them not city residents and taxpayers, pontificate on the same old, tired topics, over and over again: This or that person needs to be roasted, hung and fileted; the city government is riddled with corruption and knavery. Meeting after meeting, the beating of the dead horses goes on to the point that you have to wonder whether the city ever did or does anything beneficial for its residents, whether it’s a bottomless sinkhole of tyranny, denial of freedom of speech, public records destruction, theft of public money, beach dune destruction, promoter of alcohol consumption and drunken revelries, captive of developers and special interests, and the list goes on. But should the city be defined by these itty-bitty few?
I certainly hope not! Let’s consider these revolutionary questions: Instead of a slogan that features the stale, repetitive beating of dead horses, many of them long deceased, why not have one that emphasizes optimism and forward thinking? Instead of this tiny minority’s monotonic drone, why not positive proposals that help the Commissioners do their work on the citizens’ behalf?
Reasonable but in this context likely silly questions, because the ever-so-obvious agenda of the dead horse beaters isn’t to suggest anything that benefits the residents and helps the Commission meet current and future challenges. Their purpose is to use the Commission meetings as a forum for ego puffing and personal vendettas, and to obstruct, divert and delay the Commission from doing the work the citizens elected them to do. For their self-serving efforts, the beaters get their face on the public video and their remarks on the public record as they preen and posture in their self-assumed role as the city’s only truly honest and upright guardians who know what is best for its 6,600-plus residents. This role may give them a shallow notoriety and pump up their frail sense of self-importance. Perhaps people ask them for their autograph.
To counter this minority, let’s consider this simple slogan for St. Augustine Beach: “Where Positive Actions Create a Positive Future.” This promotes a process that’s not mired in the mud of negativity and the past, and focuses the Commission’s and like-minded citizens’ attention on constructively working together to deal with current problems and prepare the city to meet future ones. Maybe the dead horse beaters will eventually accept it. We can only hope.


Dear Mayor George, Vice Mayor England and Commissioners O'Brien, Kostka and Samora:
Will you please add this request to the agenda of the June 12, 2018 continuation meeting, in the context of the urgent need for a national search for the next City Manager?
Thank you.
With kindest regards, I am,
Sincerely yours,
Ed Slavin
904-377-4998
www.cleanupcityofstaugustine.blogspot.com
www.edslavin.com