Ex-prosecutor to be sentenced for stealing money from tort victims and insurance company on August 15, 2018: CHRISTOPHER WILLIAM ADAMEC

The case is being prosecuted by Assistant State's Attorney Rebecca Emert.

ADAMEC is a World Golf Village gated community resident, a registered Republican who brags about his "family values" on his website, a J.D. graduate of controversial for-profit Florida Coastal School of Law and graduate of the University of Miami, to which he won a tennis scholarship.  In website PR, ADAMEC brags about his client service and service to the community.

The victim appears credible and documented her case after being a victim of alleged fraud.  Rear-end car crash victim Linda Masters required surgery. Ms. Masters hired ADAMEC,  a longtime prosecutor in the 8th Circuit, which includes Gainesville and Starke.  ADAMEC stole $54,000 from her, the criminal complaint alleges.

Ms. Masters alleges on-camera that ADAMEC laughed at her and dared her to go to The Florida Bar, becoming evasive when she called about $54,000 in settlement proceeds he stole and refused to return.

A March 2017 civil fraud and malpractice complaint is pending against ADAMEC in St. Johns County Circuit Court, before Judge Traynor awaiting a jury trial. alleging that he charged a local woman's father in Georgia some $235,000 to represent her in her uncontested divorce action and a domestic violence injunction, charging phantom expenses and unearned fees.

ADAMEC brags on his website about being a former prosecutor, having "compassion, experience and genuine caring for people," bragging on his "family values" and "integrity," saying he is "the people's lawyer" and a "true, honest, caring and hardworking attorney" who will "settle for no less than the justice [his clients] deserve":


Here's the First Coast News video of the first ADAMEC victim to come forward and speak to journalists about former prosecutor CHRISTOPHER WILLIAM ADAMEC's alleged crimes against his clients and the justice system in Florida:

Suspended
Not Eligible to Practice Law in Florida 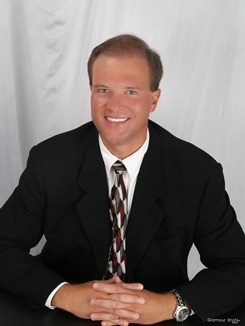 Posted by: Caryn Best in Uncategorized 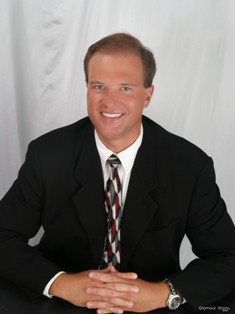 I was looking forward to meeting Attorney Christopher W. Adamec, P.A. because I was aware of the generous support he has provided to our local schools, including Mill Creek Elementary, Ward’s Creek Elementary and Pacetti Bay Middle School. Adamec set up practice in the World Golf Village area about two years ago and in October he will move The Law Offices of Christopher W. Adamec, P.A., Attorney and Counselor at Law to a storefront location at The Shoppes of Murabella for better visibility. “Most of our business has been word-of-mouth which is a great testament to our service and value, but we want more of our neighbors to know that they don’t have to go to Jacksonville for excellent counsel or representation,” said Adamec.
Adamec’s services include family law, personal injury and criminal defense. His rates are more affordable than people might expect, starting at $75 per hour for consultation in family law and other matters, and no fee for personal injury consultation. Adamec explains, “Fees are definitely one of the biggest misconceptions about seeing an attorney.  For example, I recently helped a couple divorcing who had agreed on their marital settlement. I was able to take care of all their paperwork and get everything finalized in about two weeks so they could get on with their lives and the fee was under $2,000.” He added, “Unfortunately we’re seeing divorce really bog down the court system right now and create major headaches for people who are ready to move on. There’s a lot of paperwork and if it’s not handled correctly, it can result in multiple courthouse visits. An attorney can ease some of the hassle, worry and frustration in a situation that’s already stressful.”
Personal service is of utmost importance to Adamec. His family law services range from trusts and wills to divorce and child support; his personal injury experience ranges from auto accidents to medical malpractice, and he also handles criminal defense for traffic, misdemeanors and felonies. His clients are not passed off to less-experienced associates – Adamec handles cases personally and with care. “I’m people-oriented. I believe strongly in working and giving back in the community in which you live,” said Adamec, a resident of the King & Bear in World Golf Village. “That’s why I donate to each of the local schools, not just the one my sons attend.”
Much of Adamec’s experience was gleaned from the time he spent as a Prosecutor for the State of Florida representing victims of crime.  “Being a State Prosecutor is a tough job but it really prepares you for the Florida court system and legal process in a way that nothing else can,” explains Adamec. I suspect the same dedication, precision and competitive spirit that earned Attorney Christopher W. Adamec, P.A. a tennis scholarship to the University of Miami have been the keys to his success as a State of Florida Prosecutor and now as a successful Attorney in private practice. After getting his undergraduate degree from the University of Miami, he earned his law degree at Florida Coastal.  He has admissions to practice law with the State of Florida, United States District Court of the Northern District of Florida and the United States District Court for the Middle District of Florida. In addition to St. Johns County, Adamec serves Duval, Alachua, Bradford, Baker, Clay and Union counties. Visit his website at www.adameclaw.com, send him an email at chris@adameclaw.com or give him a call at (888) 4ADAMEC to learn more.