More scientific evidence on global climate change.  It's real, folks, and we're proud that St. Augustine Mayor Nancy Shaver is a national leader on resiliency and adaptation to global ocean level rise.  Read this article from The New York Times:

July kicked off with searingly hot temperatures for most Americans this year.
New daily, monthly and all-time record highs were set across the country last week, with more than 100 million people sweating it out under heat warnings or advisories. But the low nighttime temperatures that usually provide a crucial respite from scorching summer days have been more quietly making history.
On July 2, Burlington, Vt., set a record for its hottest overnight temperature as the thermometer refused to budge below 80 degrees Fahrenheit. Four days later, central Los Angeles hit 95 degrees before 11 a.m., already breaking the previous daily record of 94 degrees, before rising to well over 100 in the afternoon.
More of the U.S. is Seeing Extremely Warm Temperatures at Night
Percentage of the United States in which local areas are experiencingextreme minimum (nighttime) and maximum (daytime) summer temperatures

50% of United States area
50%
Extremely warm
nighttime lows
Extremely warm
daytime highs
40%
40%
30%
30%
20%
20%
10%
10%
1920
1940
1960
1980
2000
1920
1940
1960
1980
2000
Source: National Oceanic and Atmospheric Administration | NOAA defines extremely hot temperatures as those in the top 10 percent for the local period of record.
Nationwide, summer nights have warmed at nearly twice the rate of days, with overnight low temperatures increasing 1.4 degrees Fahrenheit per century since 1895, when national temperature records began, compared to a daytime high increase of 0.7 degrees per century. (Nights have warmed faster than days during other seasons, too.)
That pattern, which is in keeping with climate change models, is expected to continue as the world warms because of human-caused carbon emissions.
Derek S. Arndt, chief of the climate monitoring division at the National Oceanic and Atmospheric Administration, called the increase in summer nighttime temperatures a “dramatic example” of how small shifts in average temperature can lead to big consequences in the extremes. 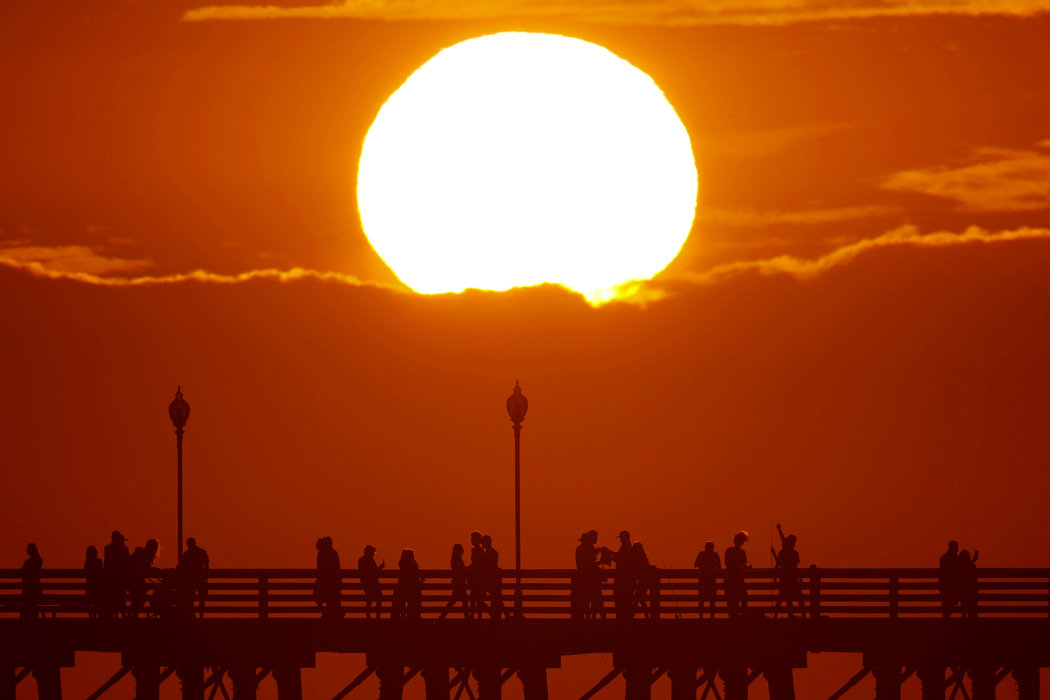 In a typical year, heat waves kill more Americans than any other natural disaster including floods, tornadoes and hurricanes.
While warm summer nights may seem less concerning than scorching afternoons, “the combination of high daytime and high nighttime temperatures can be really lethal because the body doesn’t have a chance to cool down during the nighttime hours,” said Lara Cushing, professor of environmental epidemiology at San Francisco State University.
Those risks are higher in places where temperatures have historically been cooler, like coastal California. There people are less physiologically acclimated (the body can get used to higher temperatures up to a point) and less behaviorally adapted to hot weather.
“A hundred and five degrees in San Francisco is going to have a bigger impact probably than 105 degrees in Houston, Tex., where everybody has air conditioning and people are accustomed to dealing with high temperatures,” Dr. Cushing said.
Older people, the sick, and young children are especially at risk. So are agricultural, construction and other outdoor workers, who can no longer avoid the heat by shifting their hours to work earlier or later in the day. Similarly, homeless people who bear the full brunt of the elements get little relief.
In cities like Los Angeles, Asian-American, black, and Hispanic residents are more likely to live in hotter parts of the city than white residents because of a complicated range of factors like green spaces, elevation, prevailing winds and proximity to the ocean. Lack of green spaces in some neighborhoods, for example, can exacerbate the heat island effect, a phenomenon in which cities are as much as 22 degrees Fahrenheit warmer than less built-up environments because of of their impervious, heat-absorbing surfaces.
While air conditioning can provide a respite from intense heat, it isn’t a panacea. Air conditioners work by sending hot air outside, adding to the heat island effect. If fossil fuels are used to provide power for air conditioners, it exacerbates climate change. And, increased air conditioner use taxes electrical grids making power failures more likely. In the midst of the recent heatwave, roughly 90,000 Los Angeles area residents lost power because transformers, which help distribute electricity, overheated and failed.
Health officials in Canada estimated that up to 70 people in Quebec may have died from heat-related causes after last week's heat wave stretched north.

Yay...great news! I say great in consideration that I have no children and frankly don't give a damn. What makes me happy is that all the stupid Climate Change deniers here...esp. the Trump voters...well they do likely have kids and the future ain't pretty for them :) Solely due to old grandpa and grandma's twisted and uneducated votes.