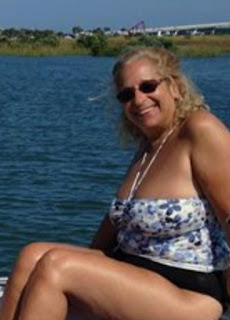 Controversial St. Augustine Beach Commissioner ANDREA SAMUELS, developer tool, faces at least one opponent in her battle for a third term on City Commission.  SAMUELS is a registered Republican who (with her husband ROBERT SAMUELS) swore a Democratic Executive Committee loyalty oath in 2009 in order to vote as DEC members against the proposed St. Augustine National Historical Park a and National Seashore.  Shameful shonda is routinely rude to citizens and retaliates against First Amendment protected activity.  She may have two or more opponents, requiring a primary on August 30, 2016 and then a general election vote on November 8, 2016.  Stay tuned.

UPDATE: Not knowing how many people are running against her, repulsive Republican reprobate ANDREA SAMUELS has no clue how to campaign yet. Does she send her husband, ROBERT SAMUELS and SABCA President WILLIAM JONES to talk Lashon hara? Does she talk about their opponent(s)' sex lives? That's always worked so well for her little 'ole St. Augustine Beach Civic Association de facto political action committee before, right?
Maybe she will have SABCA President William Jones, an employee of Sheriff DAVID BERNERD SHOAR, trump up some falsehoods or bogus charges.
Maybe SABCA President William Jones will be arrested or fired for it.
Maybe SABCA will lose its 501c4 tax status for functioning as a political action committee, having already made a $500 contribution to the developers' tax schemers who raised your sales tax by 8.88% last year ("for the children," they dismissively claimed).
Or, Plan B, she could campaign on her record.
Nah, back to the usual hick hack McCarthyite way that has served her so well so far.
Fear and smear -- it's the Republican way.
In 2012, a young Realtor® filed to run against her but withdrew after the deadline.
Perhaps that technique will work again -- maybe some shill will file, only to withdraw after all the "good people" in SAB think they will finally have a choice over Business As Usual. 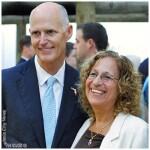