WILLIAM ANTHONY McCLURE was not and never was a resident, using a rented room in a Marine Street guesthouse as his purported residence.

Mayor SHAVER shellacked McCLURE in the August 28, 2018 primary, 57.03% to 34.4%.  No runoff was required.  McCLURE lost despite hateful mailings and the local Republican Party endorsing McCLURE.

McCLURE appears to have spent some of his second wife's money on hate mail -- postcards from the edge -- in an election campaign for a job for which he was not qualified in a city where he did not live.   He spent nearly $31 per vote and lost.

This was after McCLURE ran for Congress, giving his wife's Jacksonville home address when he was still a County Commissioner in St. Johns County. 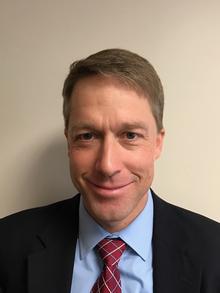