Jimmy Carter: I Fear for Our Democracy. (NY Times)

President Jimmy Carter warns of threats to our democracy.

Footnote: I was honored to be invited to write the Chelsea House World Leaders biography on President Carter for young readers, published in 1989, with forward by Arthur M. Schlesinger, Jr. 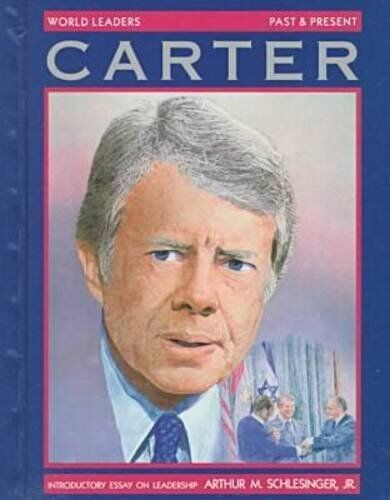 This article is part of a collection on the events of Jan. 6, one year later. Read more in a note from Times Opinion’s politics editor Ezekiel Kweku in our Opinion Today newsletter.

One year ago, a violent mob, guided by unscrupulous politicians, stormed the Capitol and almost succeeded in preventing the democratic transfer of power. All four of us former presidents condemned their actions and affirmed the legitimacy of the 2020 election. There followed a brief hope that the insurrection would shock the nation into addressing the toxic polarization that threatens our democracy.

However, one year on, promoters of the lie that the election was stolen have taken over one political party and stoked distrust in our electoral systems. These forces exert power and influence through relentless disinformation, which continues to turn Americans against Americans. According to the Survey Center on American Life, 36 percent of Americans — almost 100 million adults across the political spectrum — agree that “the traditional American way of life is disappearing so fast that we may have to use force to save it.” The Washington Post recently reported that roughly 40 percent of Republicans believe that violent action against the government is sometimes justified.

Politicians in my home state of Georgia, as well as in others, such as Texas and Florida, have leveraged the distrust they have created to enact laws that empower partisan legislatures to intervene in election processes. They seek to win by any means, and many Americans are being persuaded to think and act likewise, threatening to collapse the foundations of our security and democracy with breathtaking speed. I now fear that what we have fought so hard to achieve globally — the right to free, fair elections, unhindered by strongman politicians who seek nothing more than to grow their own power — has become dangerously fragile at home.

I personally encountered this threat in my own backyard in 1962, when a ballot-stuffing county boss tried to steal my election to the Georgia State Senate. This was in the primary, and I challenged the fraud in court. Ultimately, a judge invalidated the results, and I won the general election. Afterward, the protection and advancement of democracy became a priority for me. As president, a major goal was to institute majority rule in southern Africa and elsewhere.

After I left the White House and founded the Carter Center, we worked to promote free, fair and orderly elections across the globe. I led dozens of election observation missions in Africa, Latin America and Asia, starting with Panama in 1989, where I put a simple question to administrators: “Are you honest officials or thieves?” At each election, my wife, Rosalynn, and I were moved by the courage and commitment of thousands of citizens walking miles and waiting in line from dusk to dawn to cast their first ballots in free elections, renewing hope for themselves and their nations and taking their first steps to self-governance. But I have also seen how new democratic systems — and sometimes even established ones — can fall to military juntas or power-hungry despots. Sudan and Myanmar are two recent examples.

For American democracy to endure, we must demand that our leaders and candidates uphold the ideals of freedom and adhere to high standards of conduct.

First, while citizens can disagree on policies, people of all political stripes must agree on fundamental constitutional principles and norms of fairness, civility and respect for the rule of law. Citizens should be able to participate easily in transparent, safe and secure electoral processes. Claims of election irregularities should be submitted in good faith for adjudication by the courts, with all participants agreeing to accept the findings. And the election process should be conducted peacefully, free of intimidation and violence.

Second, we must push for reforms that ensure the security and accessibility of our elections and ensure public confidence in the accuracy of results. Phony claims of illegal voting and pointless multiple audits only detract from democratic ideals.

Third, we must resist the polarization that is reshaping our identities around politics. We must focus on a few core truths: that we are all human, we are all Americans and we have common hopes for our communities and our country to thrive. We must find ways to re-engage across the divide, respectfully and constructively, by holding civil conversations with family, friends and co-workers and standing up collectively to the forces dividing us.

Fourth, violence has no place in our politics, and we must act urgently to pass or strengthen laws to reverse the trends of character assassination, intimidation and the presence of armed militias at events. We must protect our election officials — who are trusted friends and neighbors of many of us — from threats to their safety. Law enforcement must have the power to address these issues and engage in a national effort to come to terms with the past and present of racial injustice.

Lastly, the spread of disinformation, especially on social media, must be addressed. We must reform these platforms and get in the habit of seeking out accurate information. Corporate America and religious communities should encourage respect for democratic norms, participation in elections and efforts to counter disinformation.

Our great nation now teeters on the brink of a widening abyss. Without immediate action, we are at genuine risk of civil conflict and losing our precious democracy. Americans must set aside differences and work together before it is too late.