Rich spoiled real estate developer TRAVIS HUTSON, a whorish Dull Republican State Senator (R-HUTSON COMPANIES), chairs our Florida Senate Regulated Industries Committee.
The chunky corporate tool loves to throw his weight around.
There are several small cities in his Senate district, but the fatcat corpulent corporate fanboy couldn't be bothered to check with our Nation's Oldest City before introducing the legislation.
His quote is freighted with arrogance:  Sen. Hutson: Not up to me to check with local governments on everything Hutson told The Record Tuesday that it's not his responsibility to reach out to local governments about every piece of legislation he files. "Not one of them has reached out to me," he said.
Oink!
Of course he's not asking for environmental impact statements. But he's demanding "economic impact statements" from all of Florida's hundreds of small towns every time they enact a bloody ordinance.
Wikipedia states: "There are 282 cities, 109 towns, and 20 villages in the U.S. state of Florida, a total of 411 incorporated municipalities. They are distributed across 67 counties, in addition to 66 county governments. Jacksonville has the only consolidated city–county government in the state, so there is no Duval County government."
Is this hollow, shallow man a menace or a mensch? 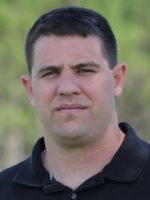 From St. Augustine Record:
St. Augustine officials criticize Sen. Hutson bill requiring economic analysis for new laws Mayor: 'It clearly has the effect of emasculating home rule'
Sheldon Gardner
St. Augustine Record
January 12, 2922
As they reviewed the upcoming legislative session in Tallahassee, St. Augustine commissioners criticized proposed legislation filed by Sen. Travis Hutson, R-St. Augustine. Senate Bill 280 and its companion, House Bill 403, would require the city and other local governments to create an economic impact analysis before adopting a new ordinance, City Attorney Isabelle Lopez said.
"And that becomes a linchpin of whether or not the bill is found to be arbitrary or capricious by the courts," Lopez said. "So it sort of creates this system where every one of our ordinances, no matter how benign, would have to have this economic impact analysis, which obviously costs money to create these … documents. And then that becomes the issue of dispute, if I can phrase it that way, between property owners and the city. It does also create a new cause of action, so a new way to sue the city."
She said she and others are concerned that, if passed, the bill "kind of incentivizes a bit of a cottage industry of suing the city regarding the economic analysis for every single one of our ordinances."
State government:Powered by money and politics, Florida’s election-year legislative session set to start Local government:Arnold sworn in as St. Johns County commissioner following DeSantis' appointment
Mayor Tracy Upchurch said, "Well, it's exceedingly disappointing that this is sponsored by our senator that represents our district, represents this community, who has never once approached, to my knowledge, any of the commissioners individually, certainly not the city staff or the commission itself. "It clearly is designed — I shouldn't say that. It clearly has the effect of emasculating home rule and further aggregating power in Tallahassee, and it's exceedingly disappointing for our residents and not just of course our residents, but throughout the state. It's amazing since this a solution for a problem that arguably doesn't exist."
Commissioner Barbara Blonder said, "This is a big overreach and seems to me like a massive preemption for us with ramifications for extremely high costs to our taxpayers."
Sen. Hutson: Not up to me to check with local governments on everything Hutson told The Record Tuesday that it's not his responsibility to reach out to local governments about every piece of legislation he files. "Not one of them has reached out to me," he said.
As for creating an economic impact analysis, he said, "We do this in Tallahassee all the time. I don't think it's overburdening."
Hutson pointed to Senate President Wilton Simpson's speech on Tuesday, opening day of the session. "I want local governments to know that we have heard your concerns about preemption bills," Simpson said, according to a press release detailing his remarks. "I will keep a sharp eye out for legislation that would limit your ability to pass local ordinances. "At the same time, we are going to make sure that local citizens and businesses understand the impact of your regulations by requiring you to provide fiscal impact statements for your ordinances and referendums. We will also ensure that you pay legitimate businesses that are impacted by your takings. "It’s been said that 'with great power comes great responsibility.' We want to ensure that local governments are exercising one with the other."
Commissioners discussed a variety of bills filed for the upcoming session and their potential impacts on the city at the regular meeting on Monday night.
Hutson also filed Senate bill 620, which would allow businesses to sue local governments for damages if a local government enacts or changes a law that causes losses in revenue or profit of 15% or more, according to a summary by Assistant City Attorney Richard Thibault. There would be some exceptions, such as laws for state and federal requirements and temporary laws for up to 90 days enacted in an emergency.
As in past sessions, vacation rental changes are proposed. One effort, Senate Bill 512 and House Bill 325, would, among other things, pre-empt the city's parking requirements for vacation rentals, limit the time the city has to inspect rentals, and cap the fee for registration at $50, much lower than what the city charges. "That would be north of a $100,000 impact to our budget if this were to pass," City Manager John Regan said.
Regan said the city is actively monitoring those and other bills and appropriations requests for the city. David Birchim, newly promoted from planning and building director to assistant city manager focused on strategic initiatives, will help represent the city in Tallahassee as needed, Regan said. The city has seen support so far for a request for $2 million for septic-to-sewer conversions in West Augustine and $500,000 for the design of a new city fire station. "We are very engaged in Tallahassee," he said.
Posted by Ed Slavin at 9:39 PM