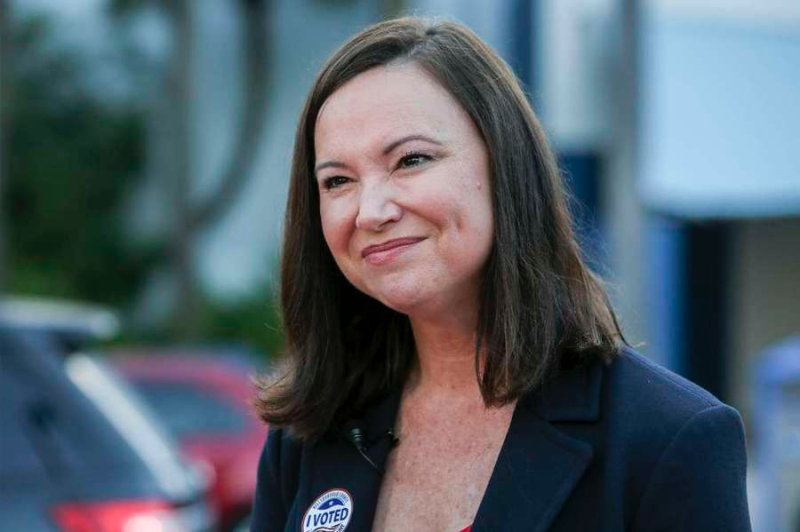 How misleading, mendacious and mean.

The lion's share of judgeships go to prosecutors and corporate lawyers.

Corporate lawyers are typically defense attorneys for white collar criminals, charged and uncharged: their job is to keep their clients out of jail and out of the headlines.  Corporate lawyers and their white shoe law firms contribute to ASHLEY MOODY's campaigns.

In contrast to corporate defense lawyers, state and federal public defenders represent everyday people who can't afford a defense.
Every day, public defenders nobly help vindicate the rights to counsel in criminal trials, which our Founders wrote in the Sixth Amendment.  Those rights are fundamental rights of all Americans --- vindicated by Gideon v. Wainright, where Florida refused to appoint a lawyer for a poor man accused of a burglary.  Read Pulitzer Prize winning New York Times reporter Anthony Lewis's book, Gideon's Trumpet; Henry Fonda played Florida criminal defendant Clarence Earl Gideon in a magnificent made-for-tv movie that showed how Abe Fortas and Arnold, Fortas & Porter vindicated Gideon's rights before the Supreme Court.  (Fortas was later appointed to the Supreme Court, notwithstanding vindicating rights to public defenders; President Lyndon Johnson considered Fortas a friend and relied on his advice for many years).
President Biden, former Chair of the Senate Judiciary Committee is qualified for his job. Is MOODY qualified for her job?  Or is she the beneficiary of affirmative action for Dull Republicans?

ASHLEY MOODY, a former Florida prosecutor and state court judge, is the daughter of a federal judge.

Has MOODY disgraced her office with ad hominem remarks about public defenders, as if they and their clients were vermin?

Is MOODY morally qualified for the job of Attorney General?

Americans need federal judges who are reflective of American values, including former lawyers for torts and civil rights violation victims and criminal defendants. MOODY's remarks (see below) are pig-ignorant and establish her as an Establishment prostitute, willing to say and do anything in defense of the indefensible in our government.

Deeply insensitive, mendacious moody ASHLEY MOODY establishes the Establishment's court-packing agenda: pick people who are like them, hoping that they will rule for governments and business them in federal court litigation.

Enemies of our right to civil jury trial include big corporations and their lawyers.  They contrive to change court rules and precedents to favor powerful parties inflicting arbitration.

Well-educated, from a fine family, she's a traitor to everything she learned about the Rule of Law in receiving two (2) law degrees.

To Dull Republican AG ASHLEY MOODY: Is your father, a federal judge, ashamed of your impulsive,  impertinence.  To second-guess the judicial selection and confirmation process from your little 'ole thrown in Tallahassee makes you look small.  And as Bill Clinton said in his Second Inaugural, "Nothing great was ever accomplished by being small."

Moody finds it 'incredible' given increases in murder, violent crime.

With violent crime on the rise, Moody finds it “incredible” that public defenders would be given the gavel.

“You just had President Biden, just now, this morning, brag on national television in a speech that he has appointed more criminal defense attorneys to the bench than any other administration in history. As we’re seeing a crime surge in murder and violent crime across the nation. They’re tone deaf,” Moody said on Friday’s episode of the Faulkner Focus on the Fox News Channel.

“He thinks it’s a good thing that he’s putting criminal defense attorneys on the bench while our murder rates are surging,” Moody added. “It’s incredible.”

While Moody may find it incredible that Biden is appointing defense attorneys, it seems to be part of the administration’s commitment to diversifying the judiciary.

It’s not just liberals who want more diversity in the judiciary.

The libertarian-leaning Cato Institute this year offered an unambiguous argument.

By and large, most judges are former prosecutors, the writers note.

“Former prosecutors outnumber former defense lawyers by a ratio of 4‑to‑1, with those representing government in criminal or civil proceedings outnumbering those litigating against the government by a ratio of 7‑to‑1,” contended authors Clark Neily and Devi Rao.

Former President Donald Trump “only made this imbalance worse, appointing 12 times more judges who had worked exclusively as government advocates than judges with backgrounds in criminal defense or plaintiff‐​side civil rights litigation,” the authors added.

A.G. Gancarski has been a correspondent for FloridaPolitics.com since 2014. In 2018, he was a finalist for an Association of Alternative Newsweeklies "best political column." He can be reached at AG@FloridaPolitics.com